We are delighted to be able to publish photographs from the Chris Wilkinson collection.

Chris was a cleaner/fireman at Worcester Locomotive Depot from 1962 to May 1965. He took numerous black and white photographs and also unusually for the time also some in colour. You are welcome to download these for your own collection but please respect his copyright and do not publish them without his express permission.

Chris Wilkinson spent the period from 1962 to 1967 on the railway and was able to record some of the last workings of steam locomotives at Worcester including the final days for the 'Castle' class 4-6-0s in May 1964.

In April 1964 some of the last remaining 'Castle' class 4-6-0 locomotives were trialed on London to Worcester express trains in order to select the best examples for use on the final high speed run from London (Paddington) to Plymouth and back on 9th May 1964.

Six of Worcester's stud of 'Castles' were involved and ultimately No.5054 'Earl of Ducie' was selected for the third leg of the journey being the run from Bristol Temple Meads to Paddington. No.4079 'Pendennis Castle' hauled the first leg of the special train starting from Paddington but the 'Castle' failed at Westbury and was replaced by a modified 'Hall' class 4-6-0. The 'Hall' came off the train at Taunton to be replaced by a standby 'Castle' No.7025 'Sudeley Castle' of Worcester shed which forwarded the train to Plymouth. The middle part of the journey was Plymouth to Bristol was hauled by No.7029 'Clun Castle'.

The photographs on this page were all taken on the same day and although the exact date has not been identified there are plenty of clues to suggest that it is late April or early May 1964. Perhaps one of our readers can provide the exact date. 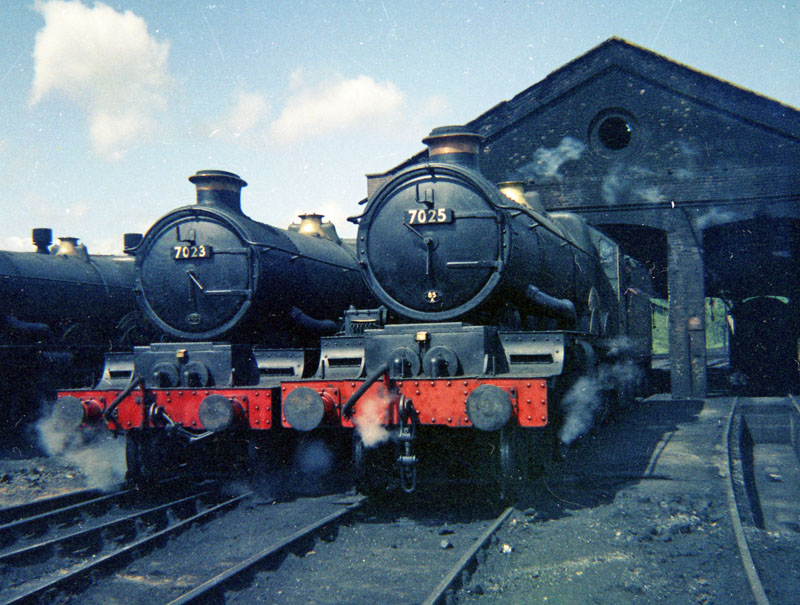 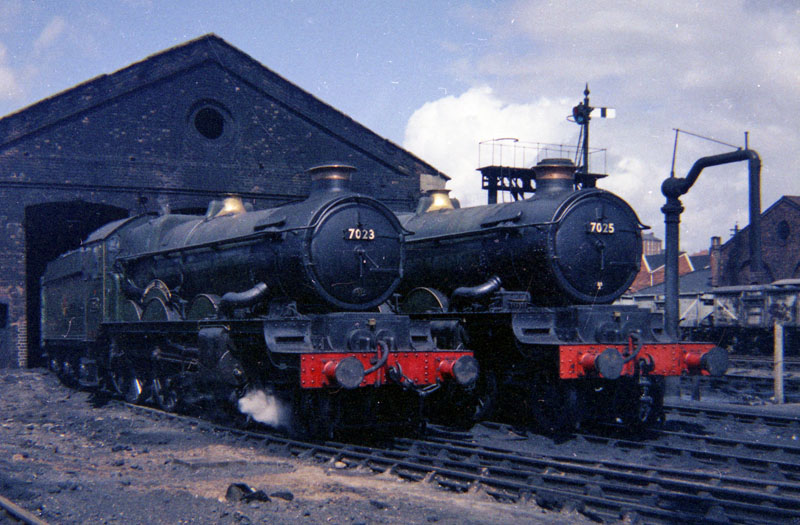 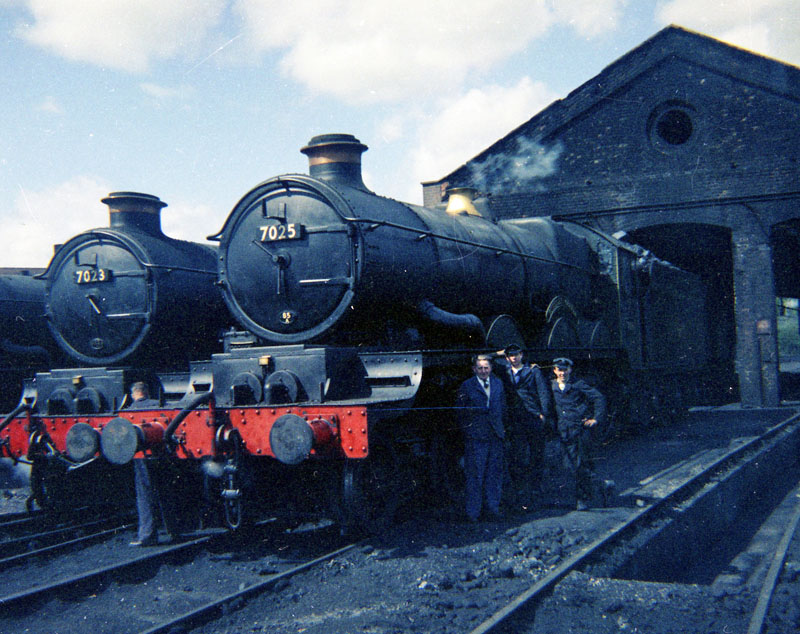 This group of three photographs show two of Worcester's 'Castle' class 4-6-0s in front of the running shed. On the left is one of the MIAC's favourites No.7023 'Penrice Castle' (which was transferred away early in June 1964) whilst No.7025 'Sudeley Castle' remained a Worcester based locomotive until withdrawn at the end of the Summer 1964 timetable. 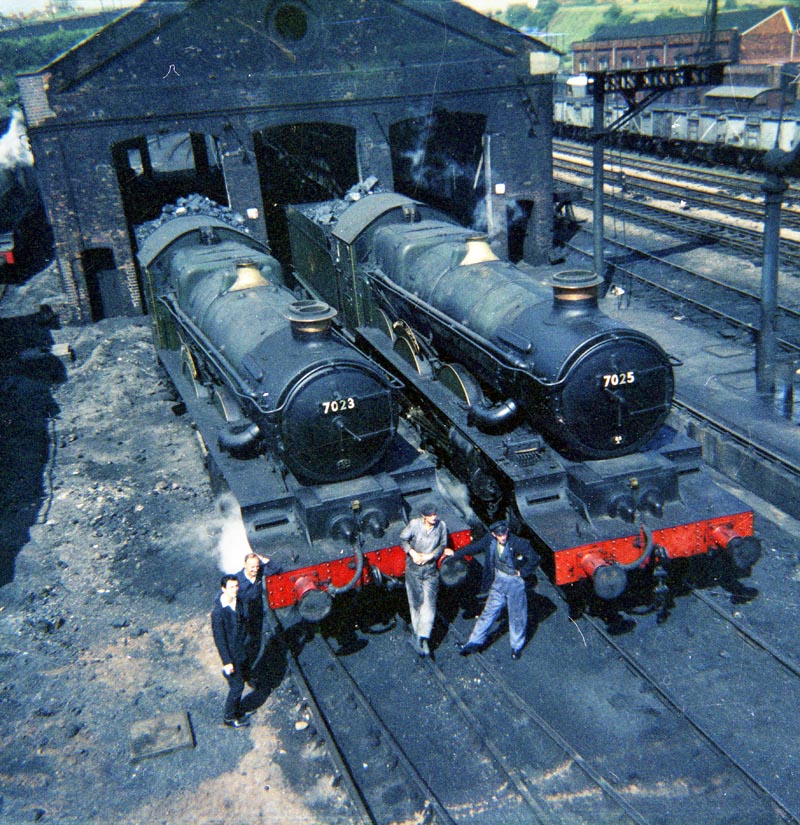 An aerial view of Nos.7023 & 7025 with (left to right) a group of railwaymen for you to identify. The men in the photograph are Brian Ashburner, the next person is unknown, Joe Pugh is third from the left and Driver Jack 'Cannonball' Marchant. 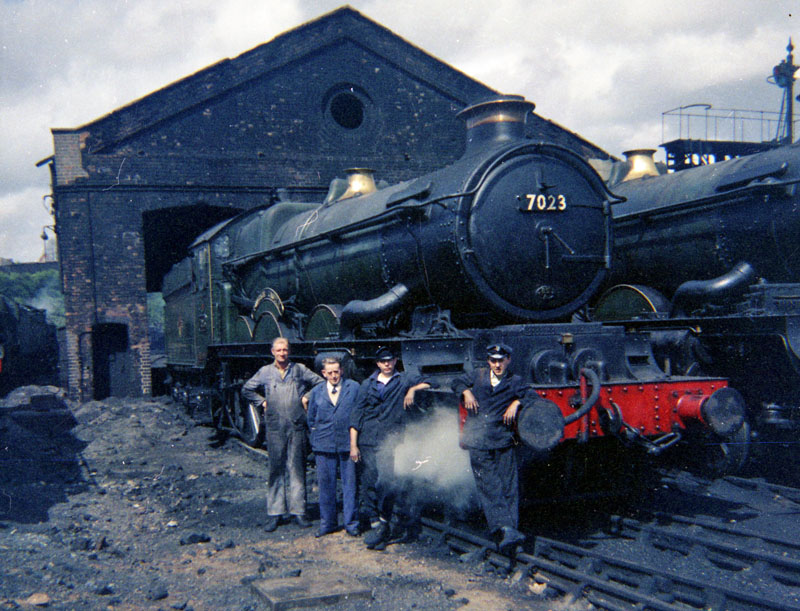 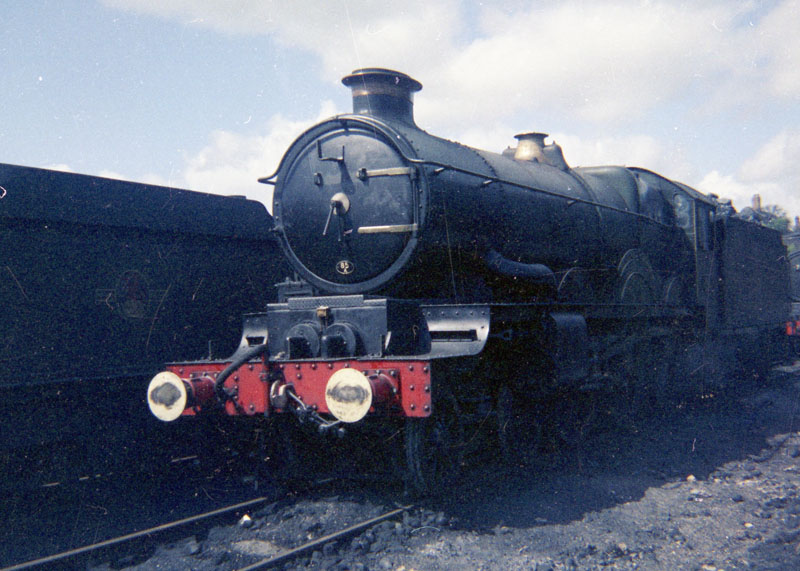 A good clue as to the date of these photographs is this one which shows No.7022 'Hereford Castle' without front number. This locomotive was one of three transferred to Worcester for these trials in April 1964 (the others being Nos.5091 & 5096). Sporting a nice '85A' shed plate No.7022 is sadly without a front numberplate. 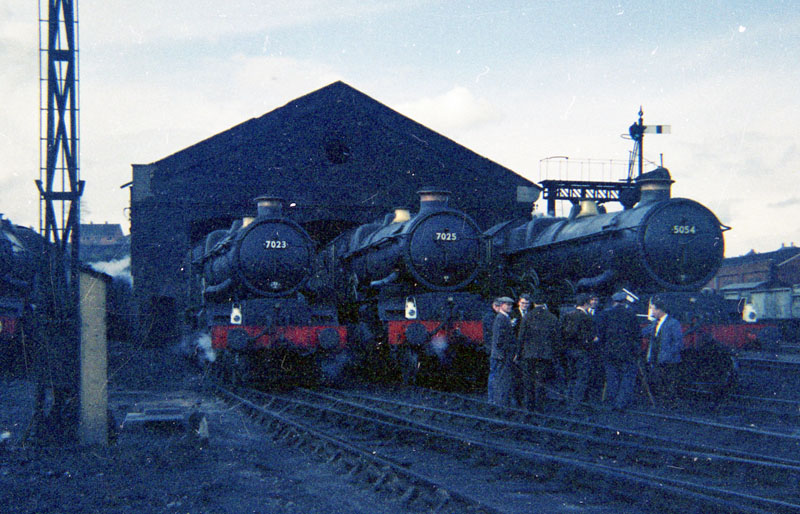 The additional locomotive to the first three images is No.5054 'Earl of Ducie' with a group of unidentified people. 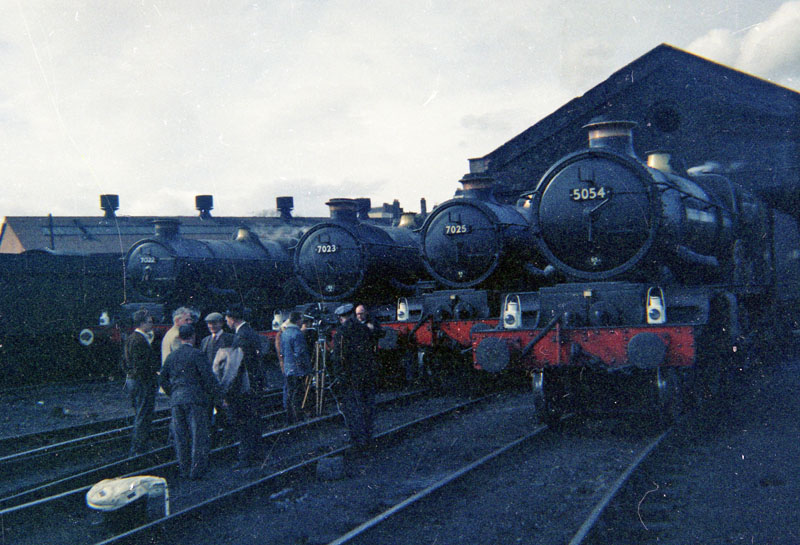 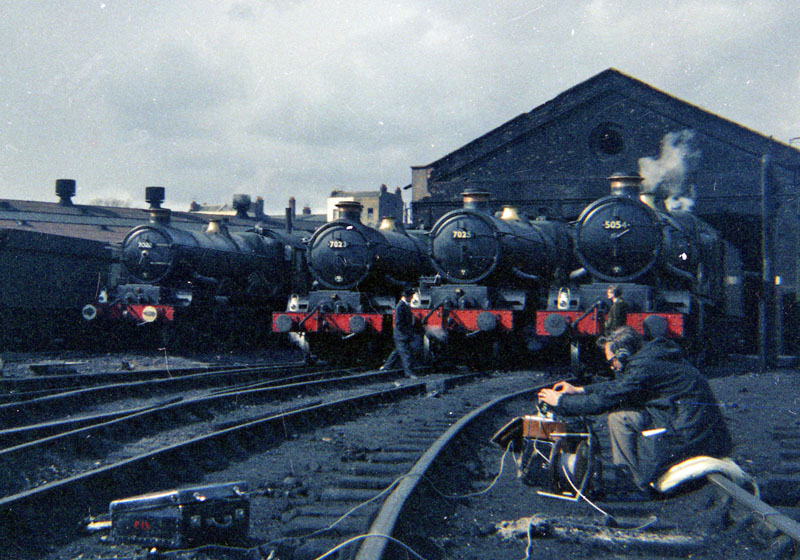 These two photographs include some interesting clues as to date. No.7022 'Hereford Castle' (far left) is now sporting a wooden nameplate which it is assumed was made at Worcester. The person sitting on the railway track appears to be a professional cameraman if the amount of his equipment is anything to go by. Possibly he was filming for the BBC's 'Railway Roundabout' programme. More unidentified people are in front of the 'Castles'. 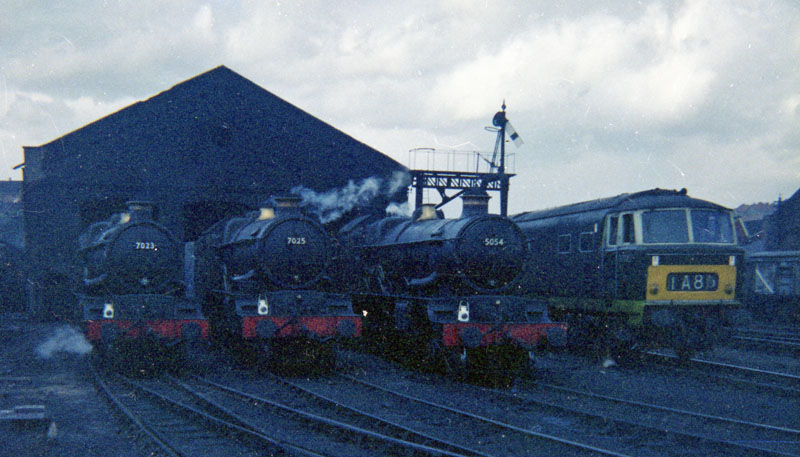 Finally this photograph shows the group of 'Castle's (No.7022 is out of this view to the left hand side) with an unidentified class 35 'Hymek' diesel hydraulic locomotive which had started to replace the 'Castles' in 1963 and were in sole charge of the London trains soon after these photographs were taken.