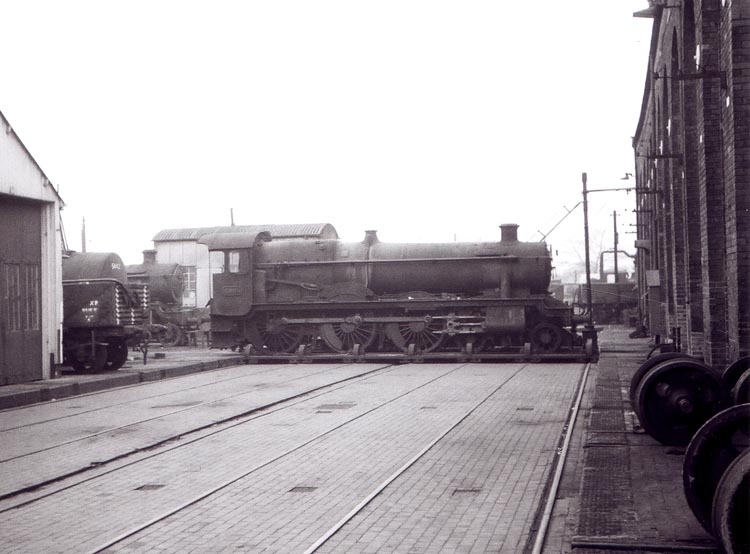 This superb photograph which was taken on 30th January 1965 contains a wealth of information that is worthy of further comment. The locomotive is Worcester's No.6995 'Benthall Hall' which was withdrawn in April 1965. It is standing on the locomotive traverser that was used to allow access to the repair shops which can be seen on the right hand side of the photograph. The other Benthall Hall is a 16th century house at Broseley in Shropshire and open as a National Trust property.

Collett 0-6-0 No.2244 was built in 1945 and was allocated to Worcester in 1964. This photograph was taken on 7th February 1965 and the locomotive was withdrawn just a few months later. The engine repair shops are in the background whilst the main running shed at Worcester Engine Sheds is on the left. 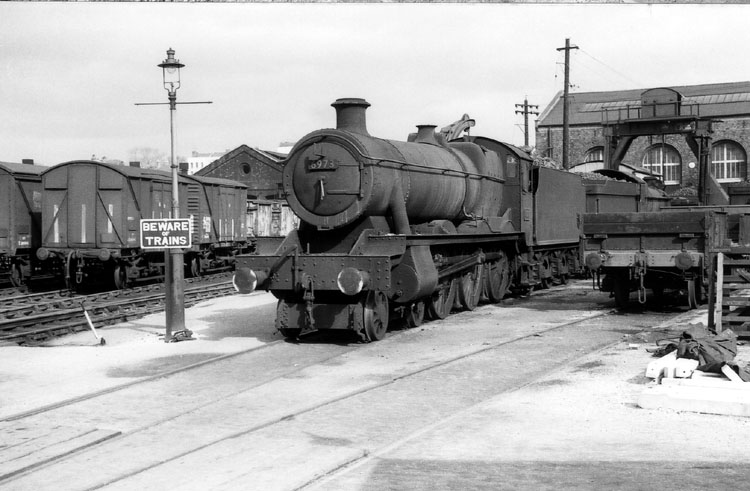 Taken from a similar vantage point to the previous photograph this one shows 'Hall' class 4-6-0 No.6973 'Bricklehampton Hall' on 27th March 1965. The same flat wagon occupies the siding to the right hand side of the locomotive. No.6973 was allocated to Severn Tunnel Junction and was being repaired before transfer to Bristol (St Philip's Marsh).