Stoulton station was another victim of the closures on 3rd January 1966. 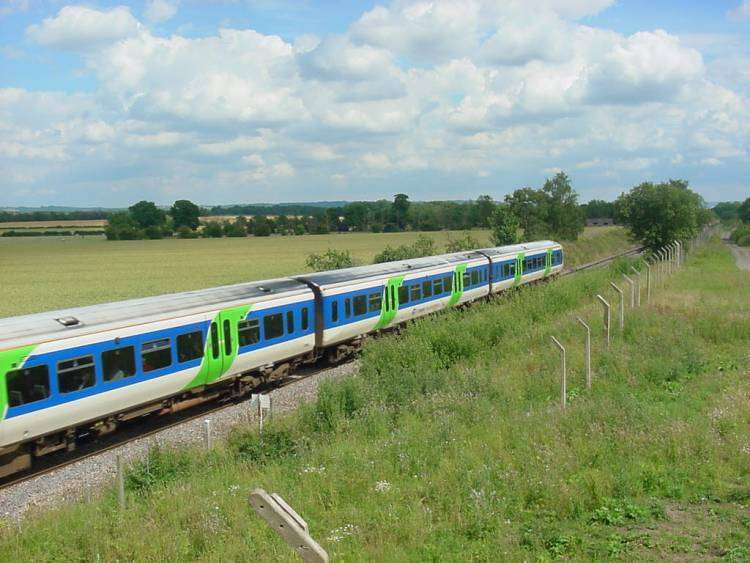 Thames Trains class 165/1 diesel multiple unit No.166206 passes the site of Stoulton Station with the 14:18 from Hereford to Paddington. 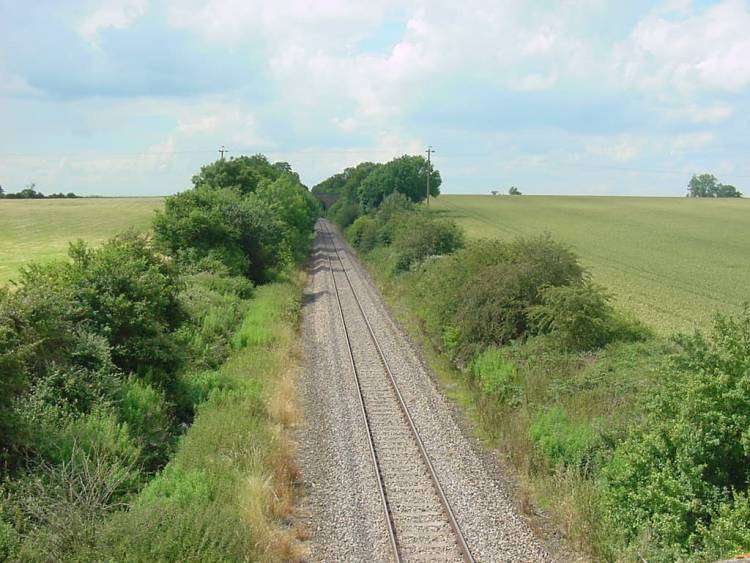 This is the view from the road bridge at Stoulton in the direction of Worcester.

Both photographs were taken by Andrew Smith on 12th July 2002. 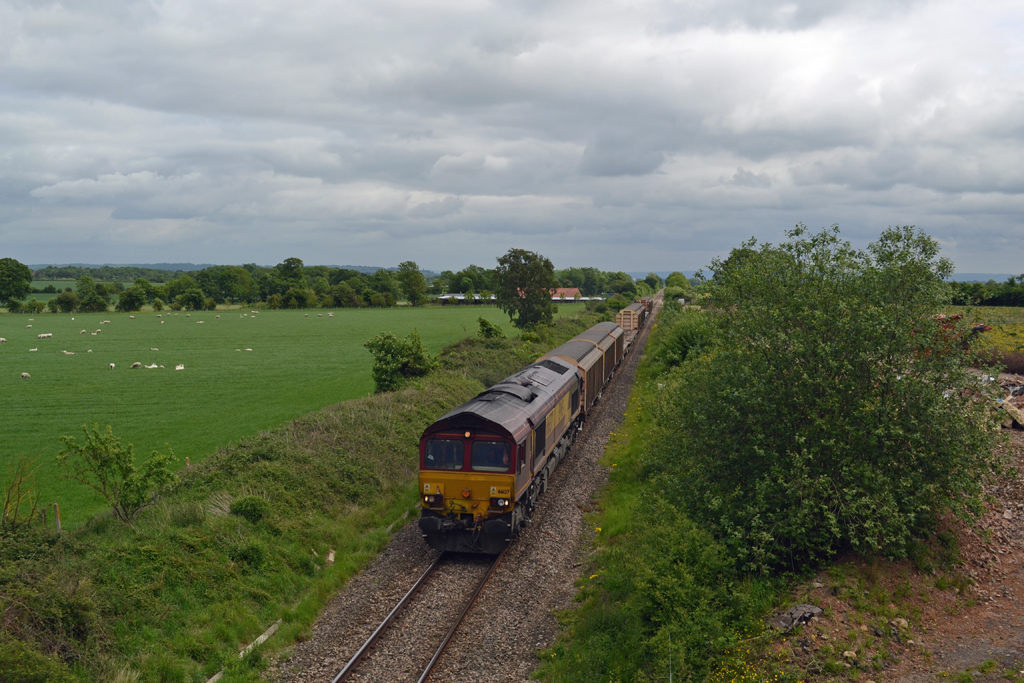 This is train 6A17 13:35 service from Long Marston to Didcot headed by class 66 diesel locomotive No.66137 and composed mostly of refurbished VGA covered vans passes the site of Stoulton Station on 17th May 2011. Photograph taken by Andrew Smith; train working information provided by Peter Tandy.

The following extract from the 1930 Ordnance Survey map shows the location of the station and also shows Norton Halt and Wadborough station.