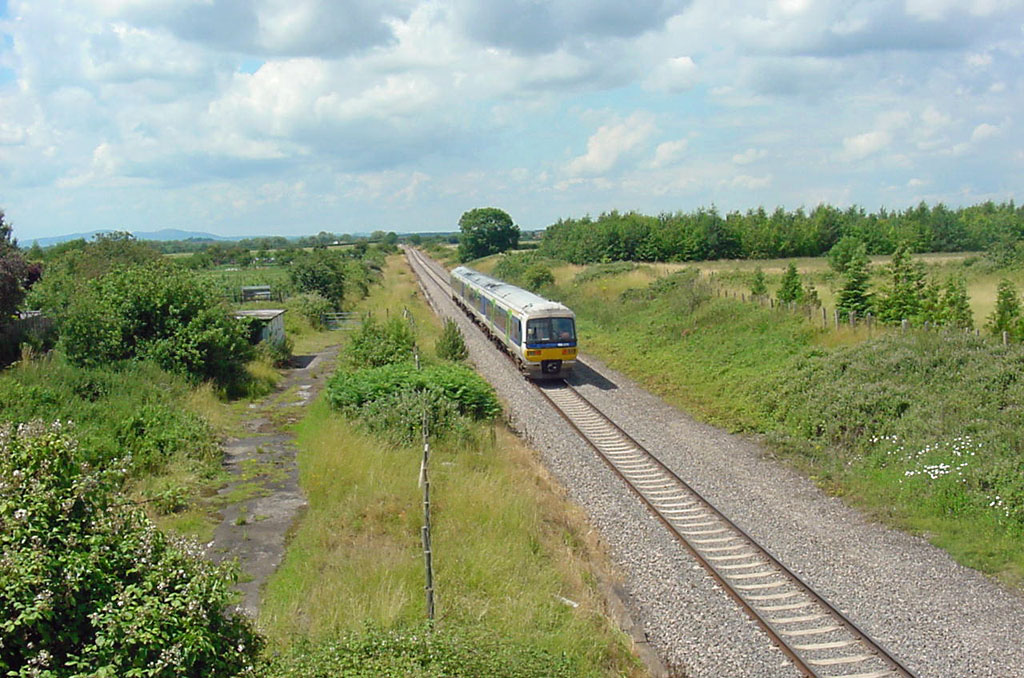 Thames Trains Turbo unit No.166206 passes the site of Fladbury station with the 10:48 from Paddington to Hereford on 12th July 2002. The Malvern Hills are clearly visible at the top left of this photograph. 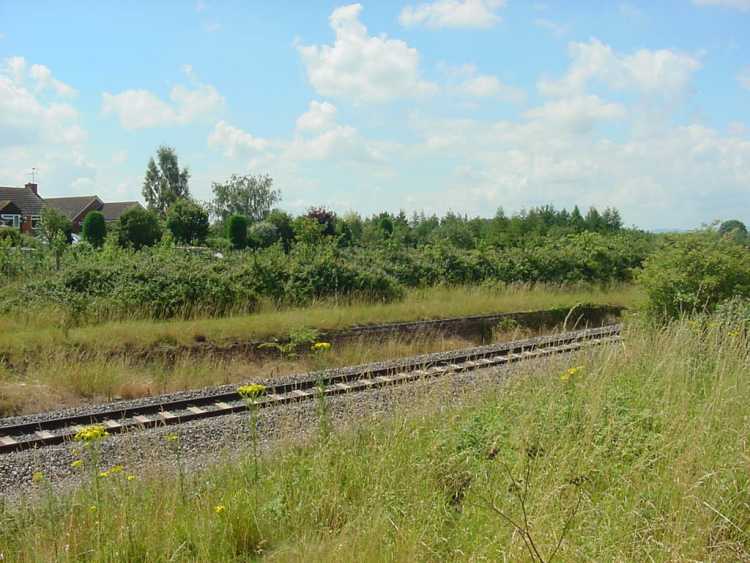 The remains of the former 'down' platform can be viewed from the public footpath that run alongside the line at this point. In the background are the Fladbury allotments.

Both photographs were taken by Andrew Smith on 12th July 2002. 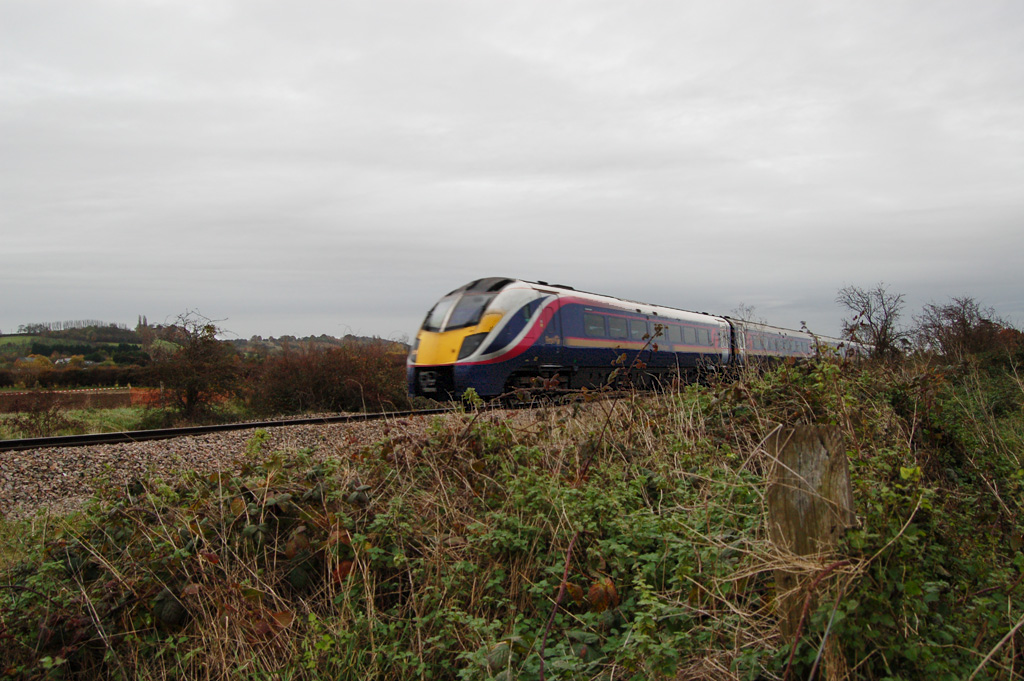 On a bleak winter's day even the power of a good quality Nikon digital camera is inadequate to render sharp this photograph of speeding class 180 diesel multiple unit No.180114 as it passes Fladbury on a train from Paddington to Worcester. The photograph was taken by Andrew Smith on 22nd November 2006. 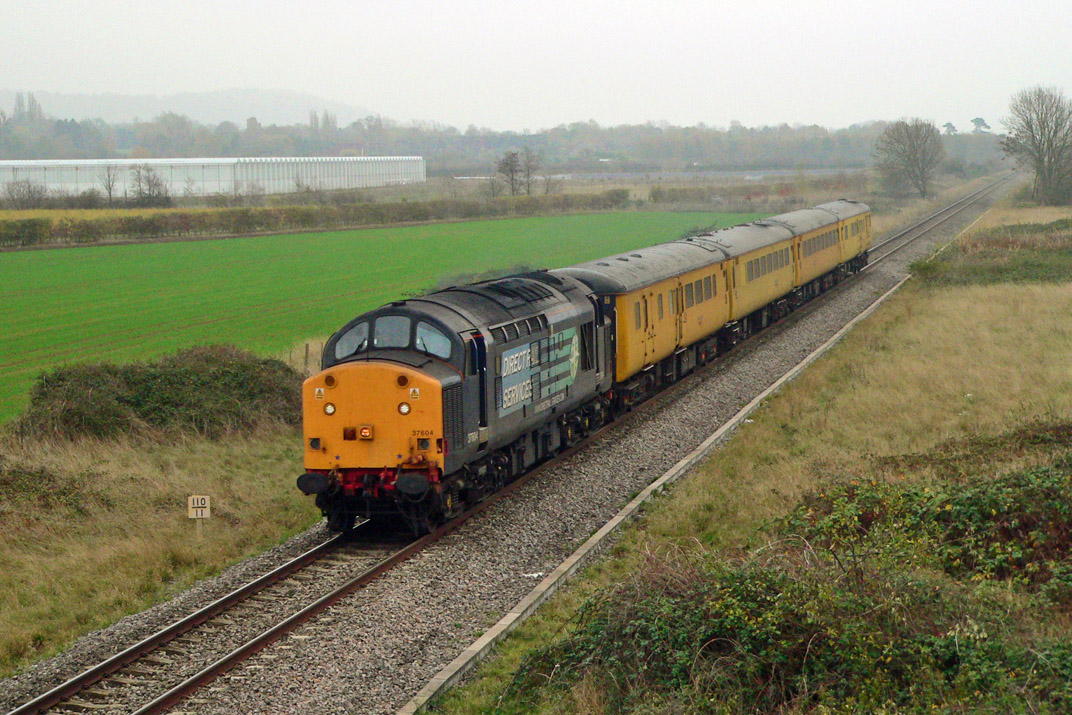