Stoke Pound is a village just to the north to the junction of the former Birmingham & Gloucester Railway and Oxford Worcester & Wolverhampton Railway lines at Stoke Works. There is a railway overbridge locaed on Stoke Pound Lane which runs east from the B4091 Hanbury Road which provide a good place for photography. 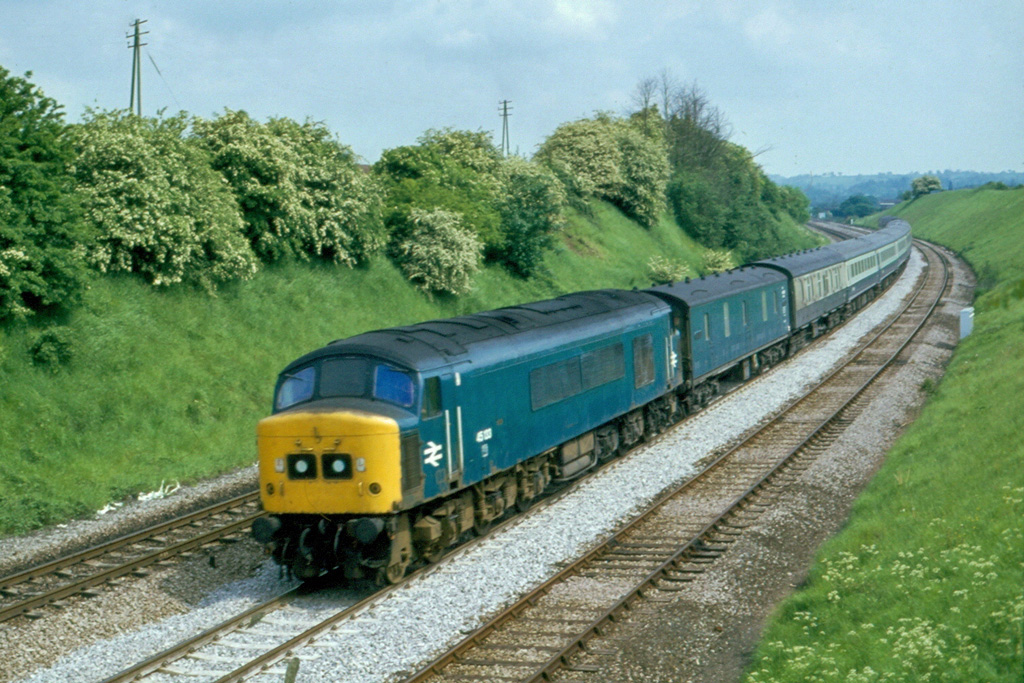 On 7th June 1979 Robert Cooke was on the bridge on Stoke Pound Lane to photograph class 45/1 diesel locomotive No.45133 which is heading towards Gloucester.