Starting on Saturday 10th August 2013 for one week a blockage of the line between Gloucester and Swindon for engineering works saw lots of extra services shuttling between the sidings at Bescot and the site near Kemble in Gloucestershire. 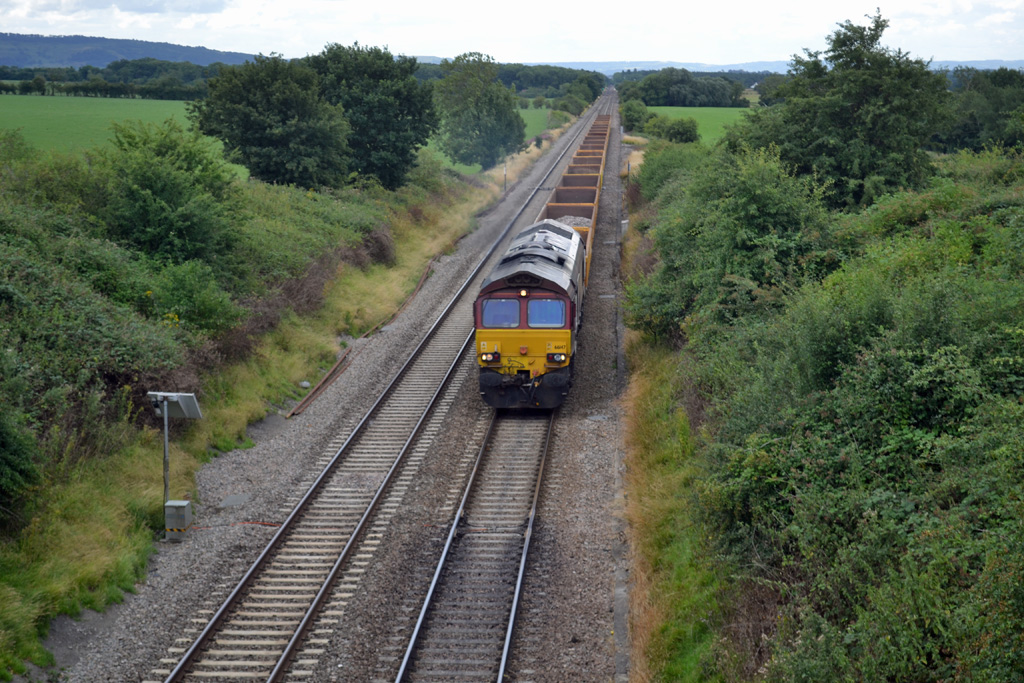 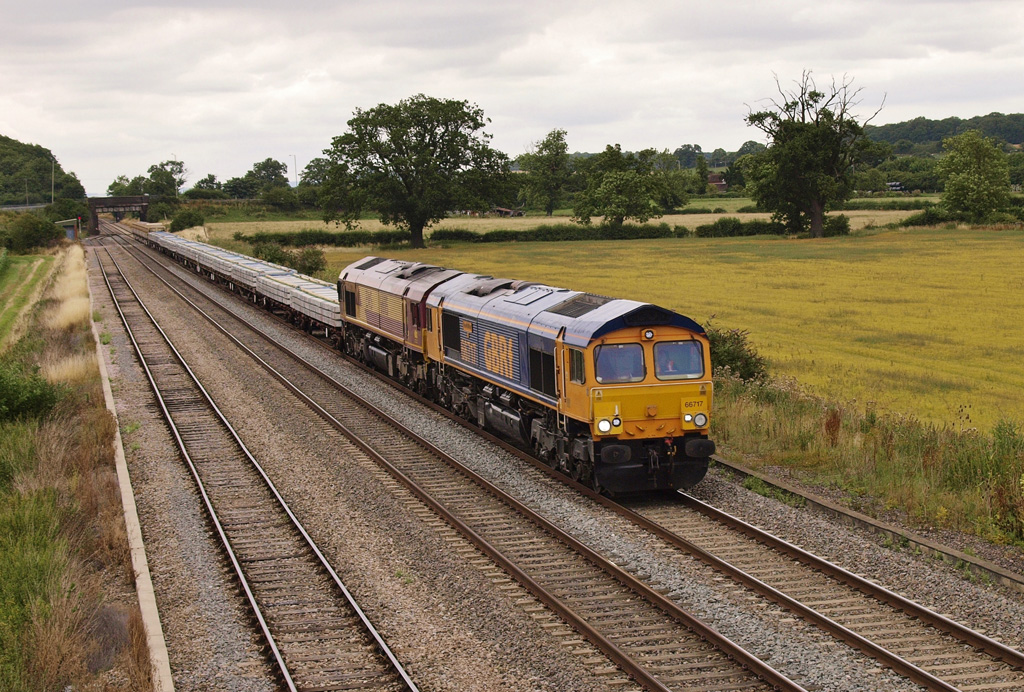 A pair of class 66 diesel locomotives had charge of a train of concrete sleepers on Wednesday 14th August 2013. GBRf livery No.66717 'Good Old Boy' and EWS livery No.66015 were working the 11.20 from Bescot sidings to Kemble (headcode No.6W88). Photograph taken at Spetchley by Robert Cooke. 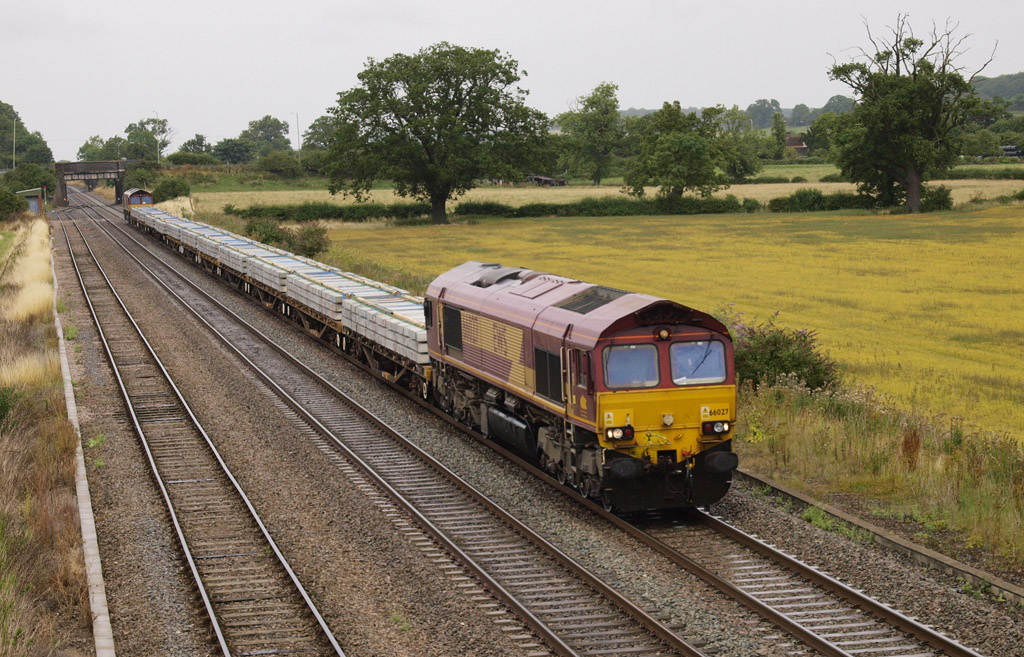 Class 66 diesel locomotives No.66003 and 66017 were at either end of the 11.15 Bescot to Kemble train (headcode No.6W89) with more concrete sleepers. Photograph taken by Robert Cooke at Spetchley.