FREIGHT TRAINS IN WORCESTERSHIRE IN 2012 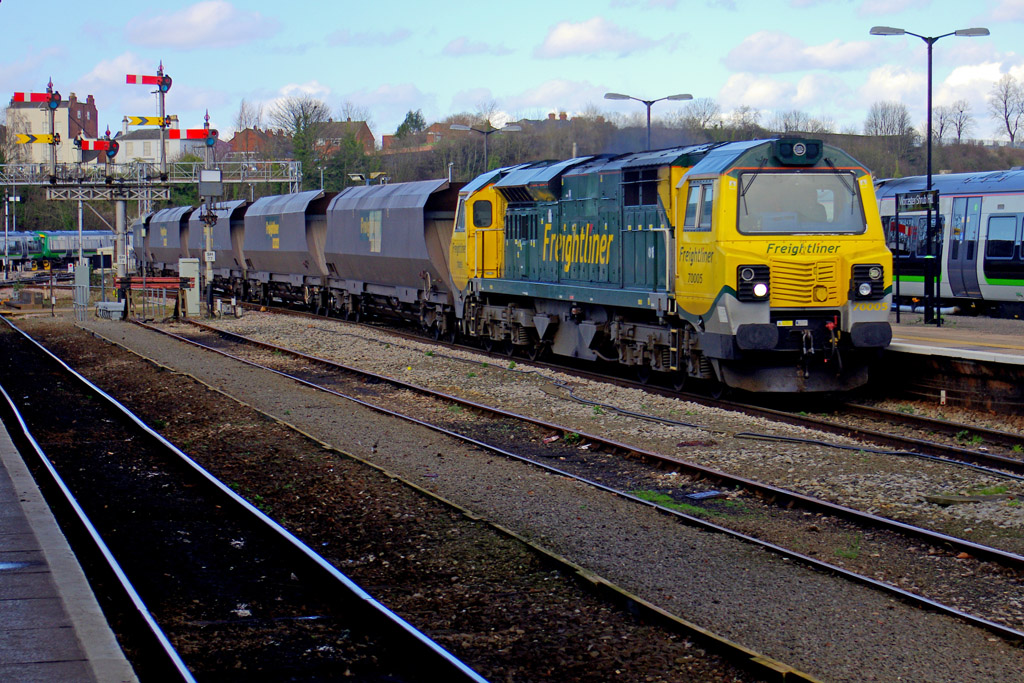 Class 70 diesel locomotive No.70005 on train headcode No.4V46 from Rugeley to Stoke Gifford coal empties was photographed by Pete Wilcox as it passed through Worcester Shrub Hill Station on Saturday 3rd March 2012. 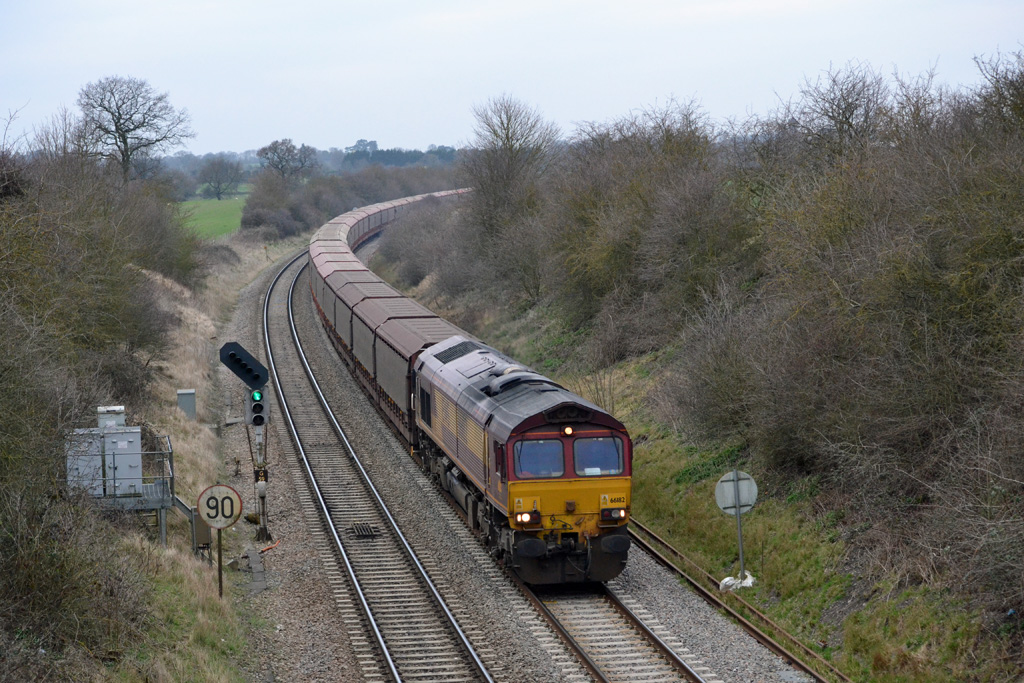 This is the rarely seen Friday’s only conditional freight train carrying cars (headcode Mo.6O42) from the Ford plant at Halewood, Merseyside to Southampton. EWS livery class 66 diesel locomotive No.66182 was photographed at 16:22 on a gloomy 18th March 2012 at Abbotswood Junction. The train is scheduled to depart from Halewood at 11:31. Photograph taken by Andrew Smith. 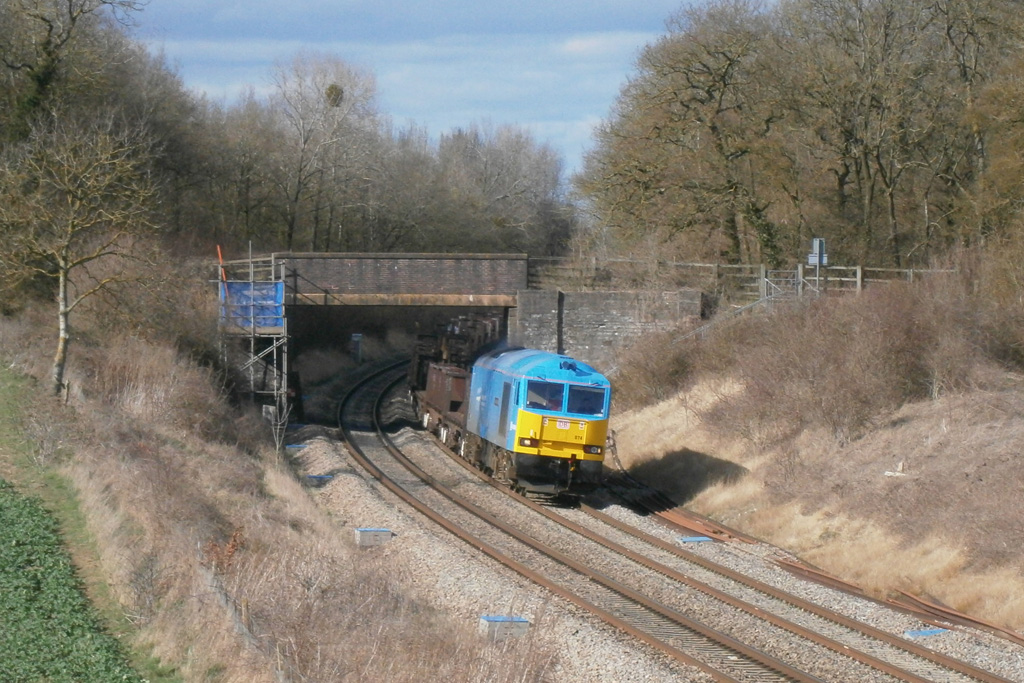 The Corby to Margam empty wagons train (headcode No.6V92) which had been run quite regularly during 2011 was operated at irregular intervals during the early part of 2012. However it did run on Monday 19th March 2012 and was hauled by class 60 diesel locomotive No.60074 'Teenage Spirit' which was photographed by Robert Pritchard at Croome. 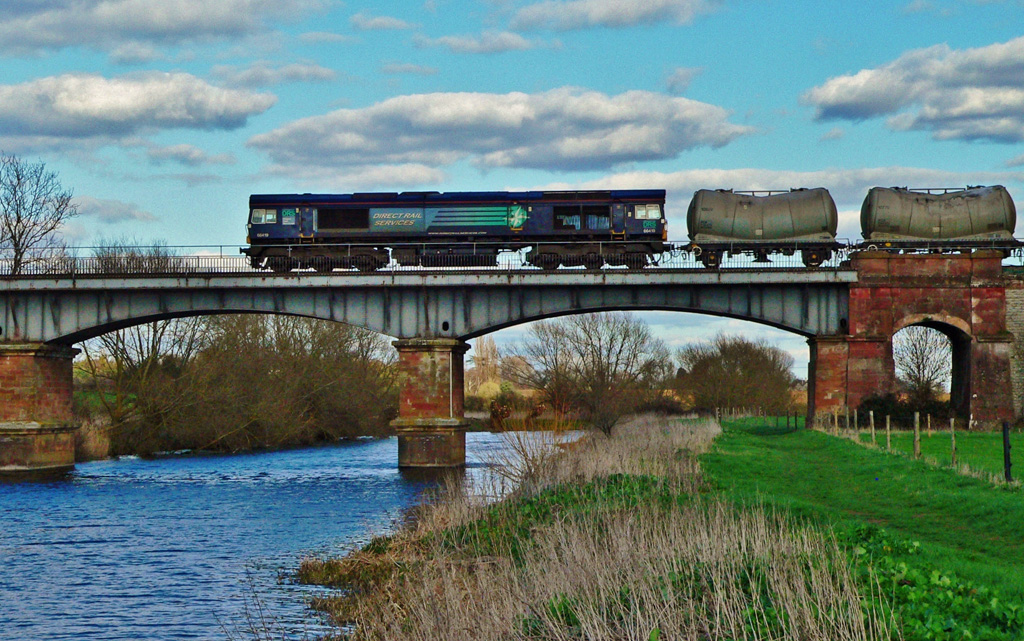 This train of empty cement wagons is headcode No.6M36 12.10 Mondays only from Westbury to Earles. It was photographed by Robert Cooke crossing the River Avon bridge at Eckington with class 66 diesel locomotive No.66419 in charge. The photograph was taken by Robert Cooke. 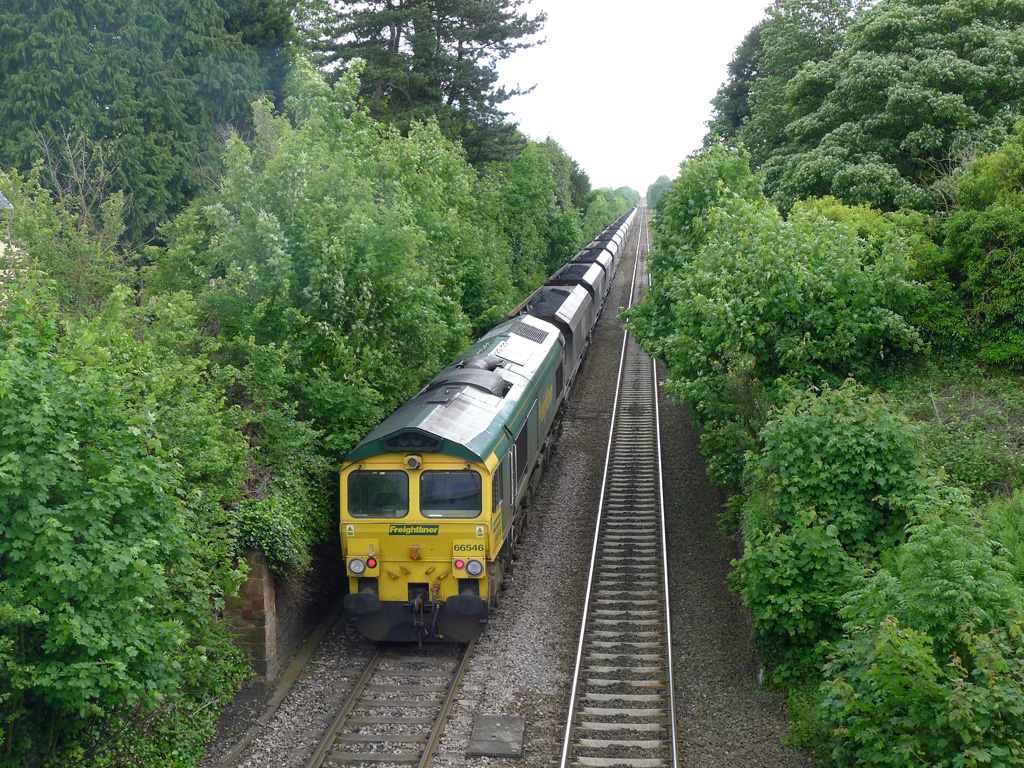 Robert Pritchard took full advantage of a weekend line closure at Craven Arms to record a diverted Freightliner loaded coal train being banked up the Lickey Incline. Train code No.6M55 Portbury to Rugeley coal wagons was headed by class 66 diesel locomotive No.66957 with No.66546 at the back. Robert chose this spot at Bromsgrove for a going-away shot with the whole train visible and the incline stretching into the distance. Photograph taken on 9th June 2012. 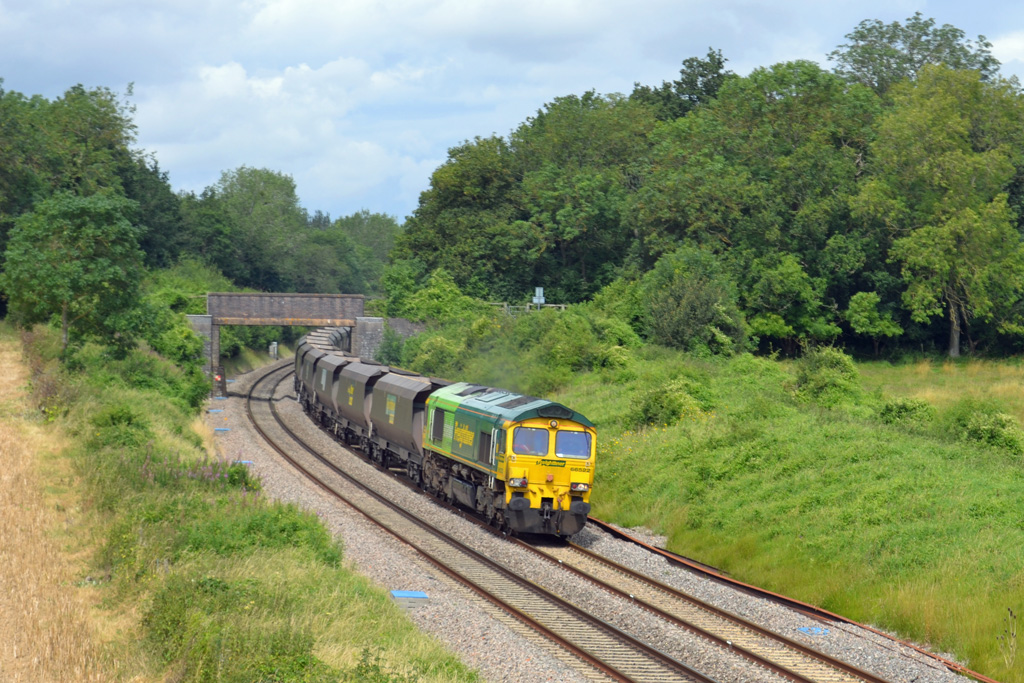 This working is thought to be train code No.4V06 08:53 Rugeley to Stoke Gifford empty coal wagons. This train could easily be confused with train code No.4V47 which was also a Freightliner working but ran later in the day. The train, worked by Freightliner/Shanks livery class 66 diesel locomotive No.66522, passed Croome at 12:54 on Monday 6th August 2012. This train ran frequently and if on time normally passed Abbotswood at about 11:45. Exposure was 1/200th at F8. With immaculate timing DB Schenker class 66 diesel locomotive No.66063, painted in its original EWS livery, passed Norton on the approach to Worcester Shrub Hill, moments after the sun had burst through a cloud laden sky. The photograph shows train code No.6M41, 11:33 from Margam to Round Oak covered vans and was taken by Andrew Smith at 16:52 on Monday 6th August 2012. Exposure value was set at 1/400th at F9.