We are pleased to be able to show on this site some of Ian Catling's collection of black and white photographs taken in Worcestershire in 1962. 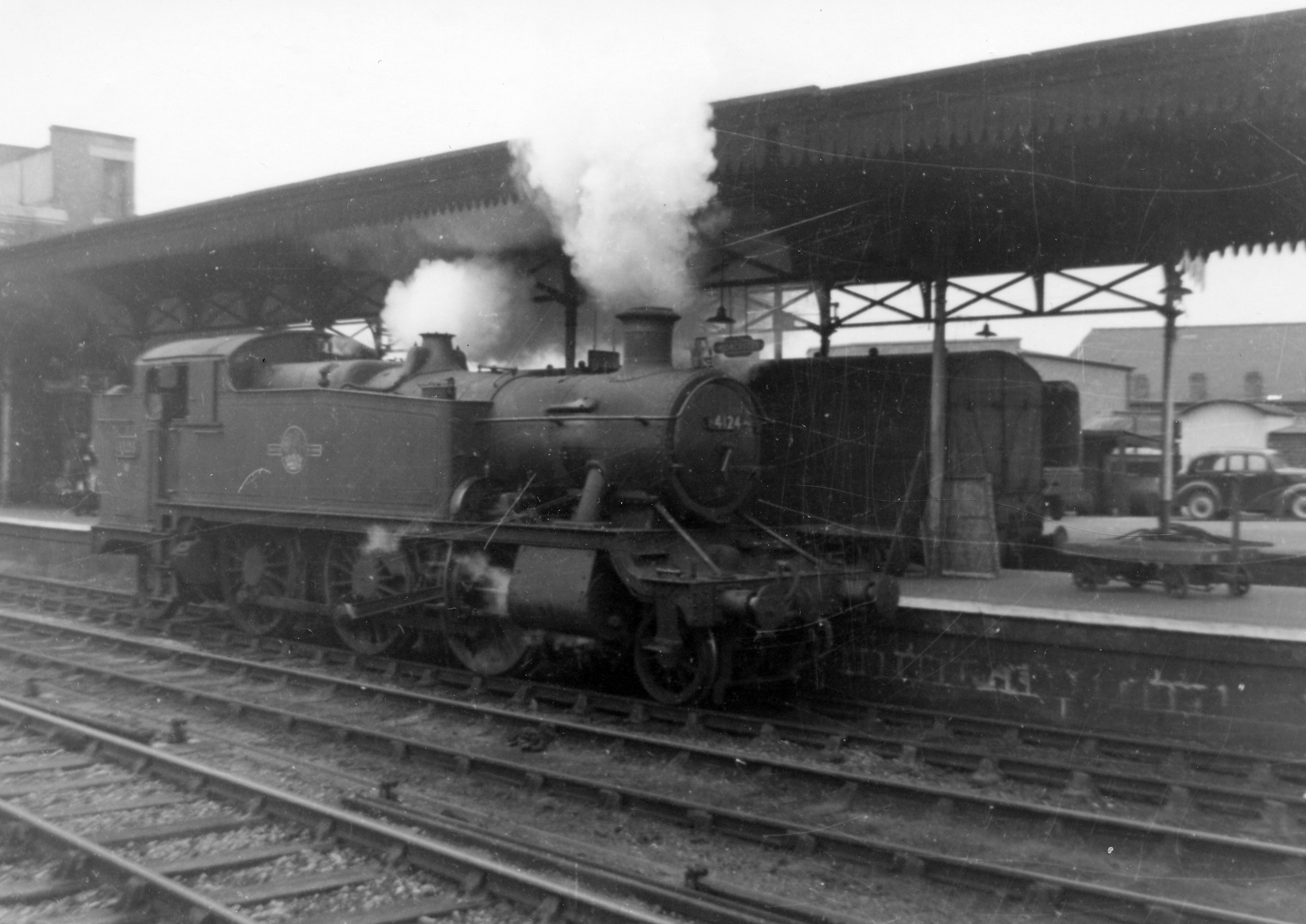 5100 class 2-6-2 tank engine No.4124 in platform 1 at Worcester Shrub Hill Station. Notice the parcels van in the bay platform. 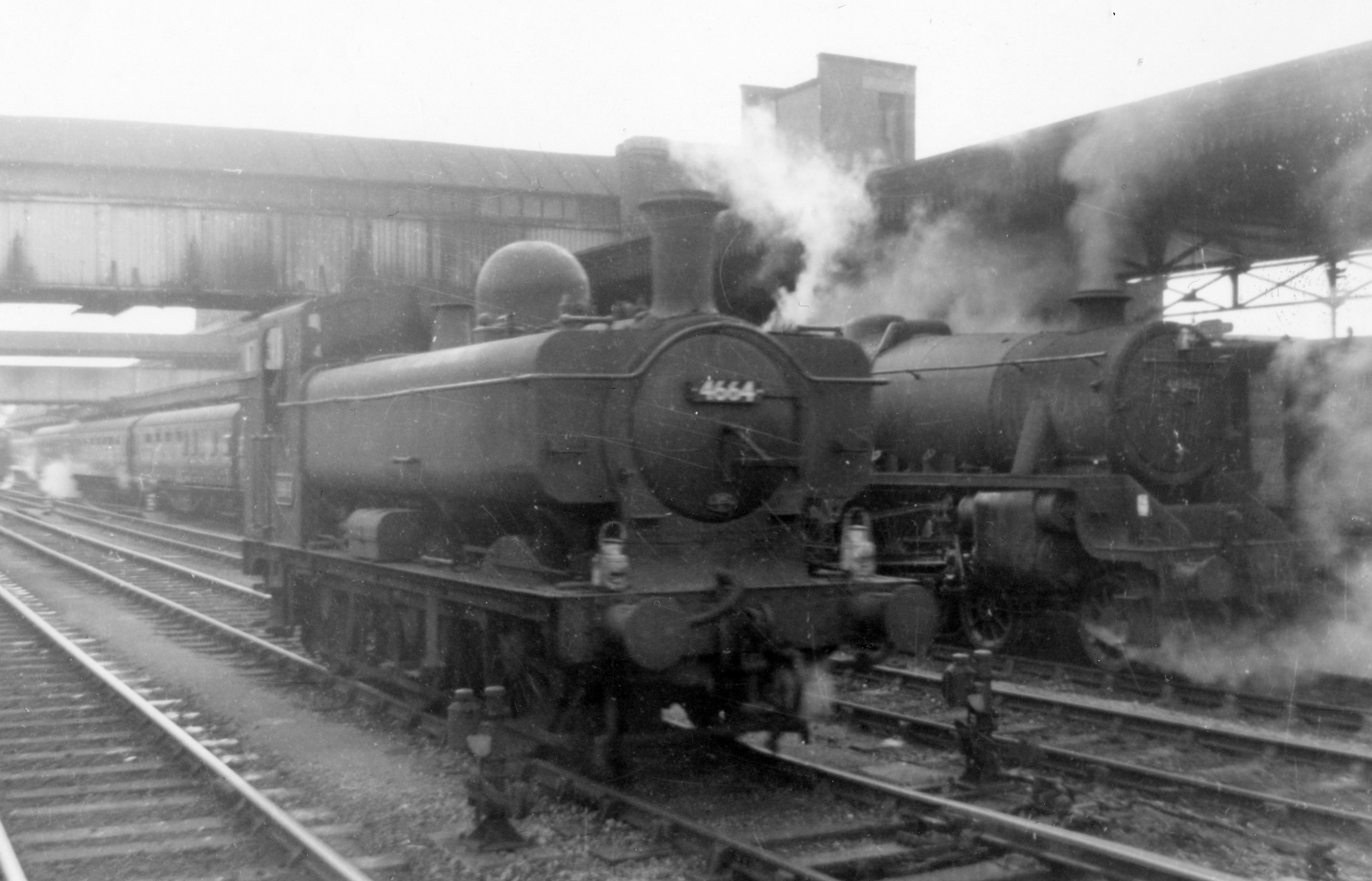 5700 class pannier tank No.4664 which spent its entire working life at either Worcester or Gloucester and is seen here standing in one of the two centre roads at Worcester Shrub Hill whilst an LMSR class 5 4-6-0 is awaiting departure from the 'down' (from Derby) platform with a train to Gloucester or Bristol. 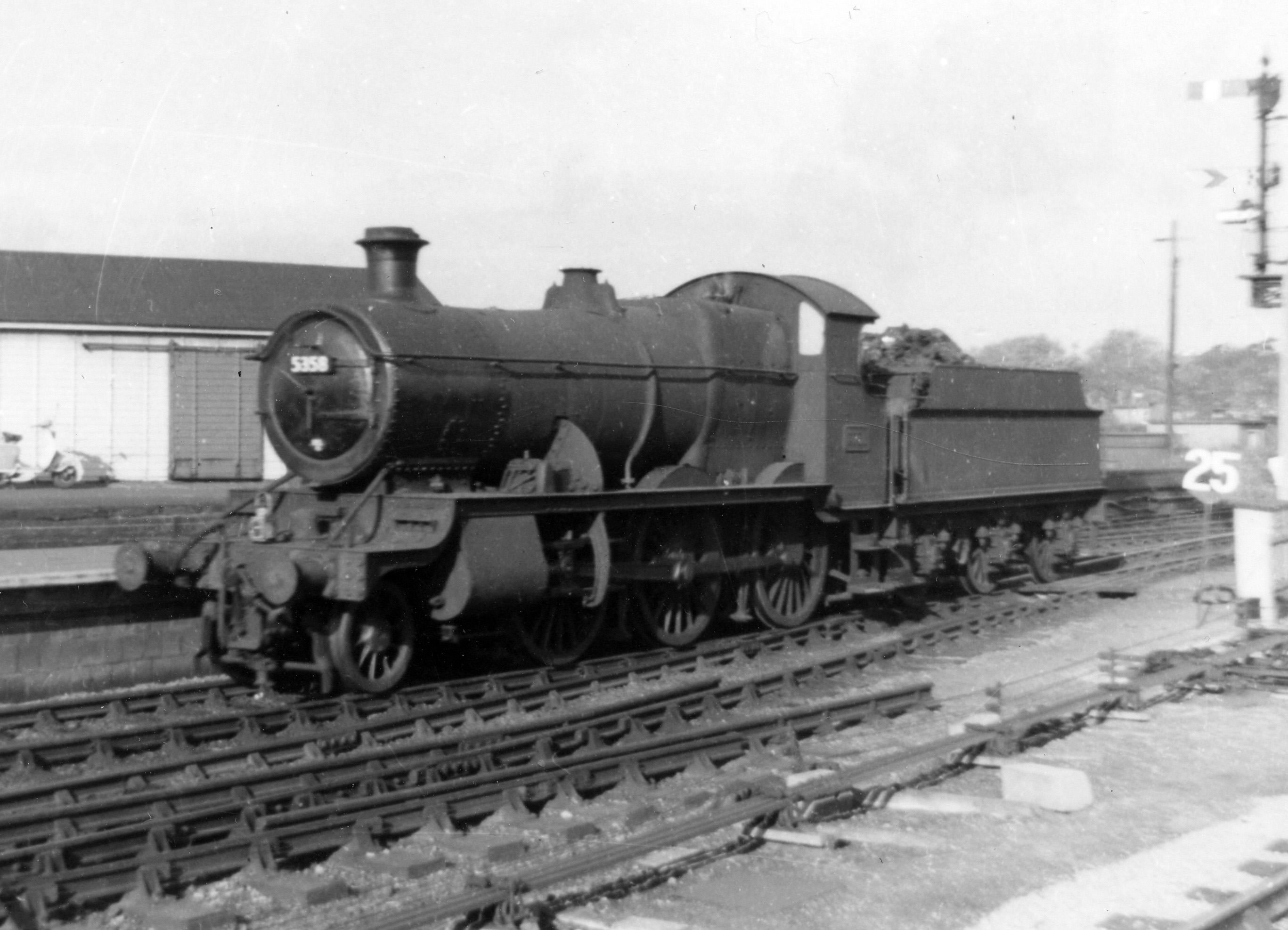 Churchward designed 5300 class 2-6-0 locomotive No.5358 was allocated to Worcester for the last two years of its life being withdrawn in July 1962. It is seen running light engine into Worcester Shrub Hill Station. 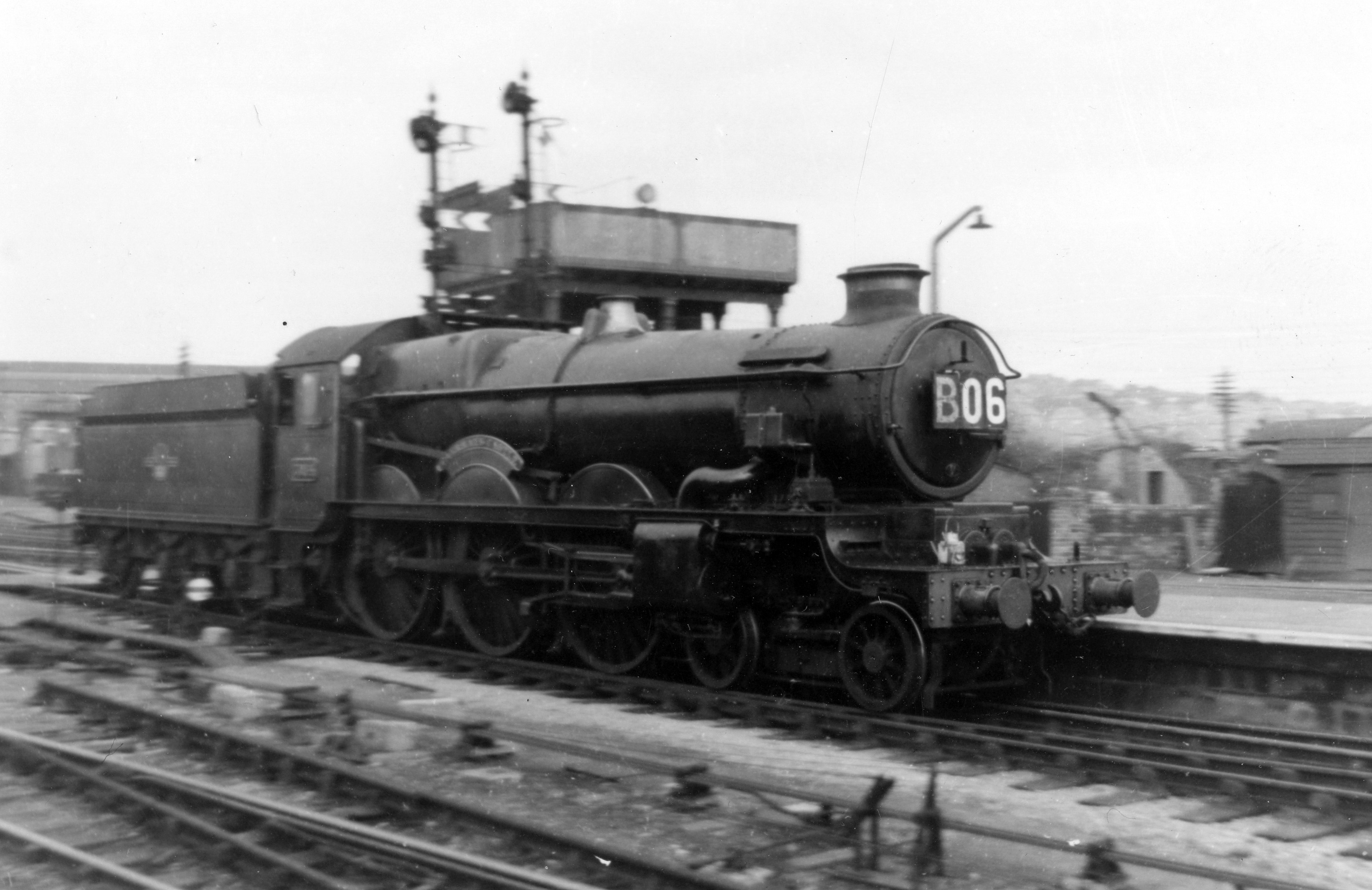 British Railway built "castle" class 4-6-0 No.7015 "Carn Brea Castle" of Old Oak Common Shed has just come off Worcester Shed to work an express passenger train back to the capital. The locomotive was withdrawn from service in March 1963. 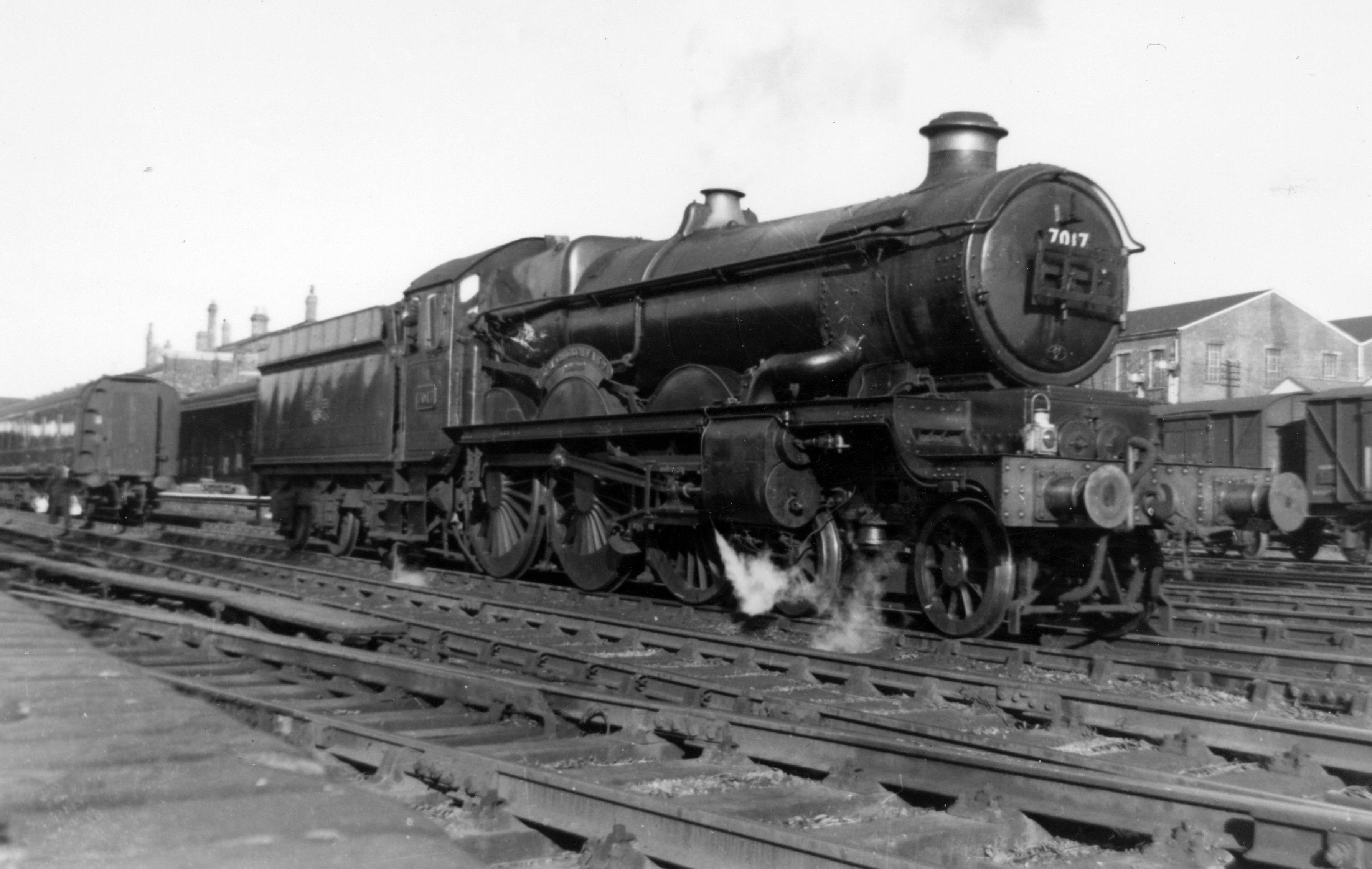 Another Old Oak Common "Castle" (but this time fitted with a single chimney) No.7017 "G.J. Churchward" standing at the south end of Worcester Shrub Hill Station. 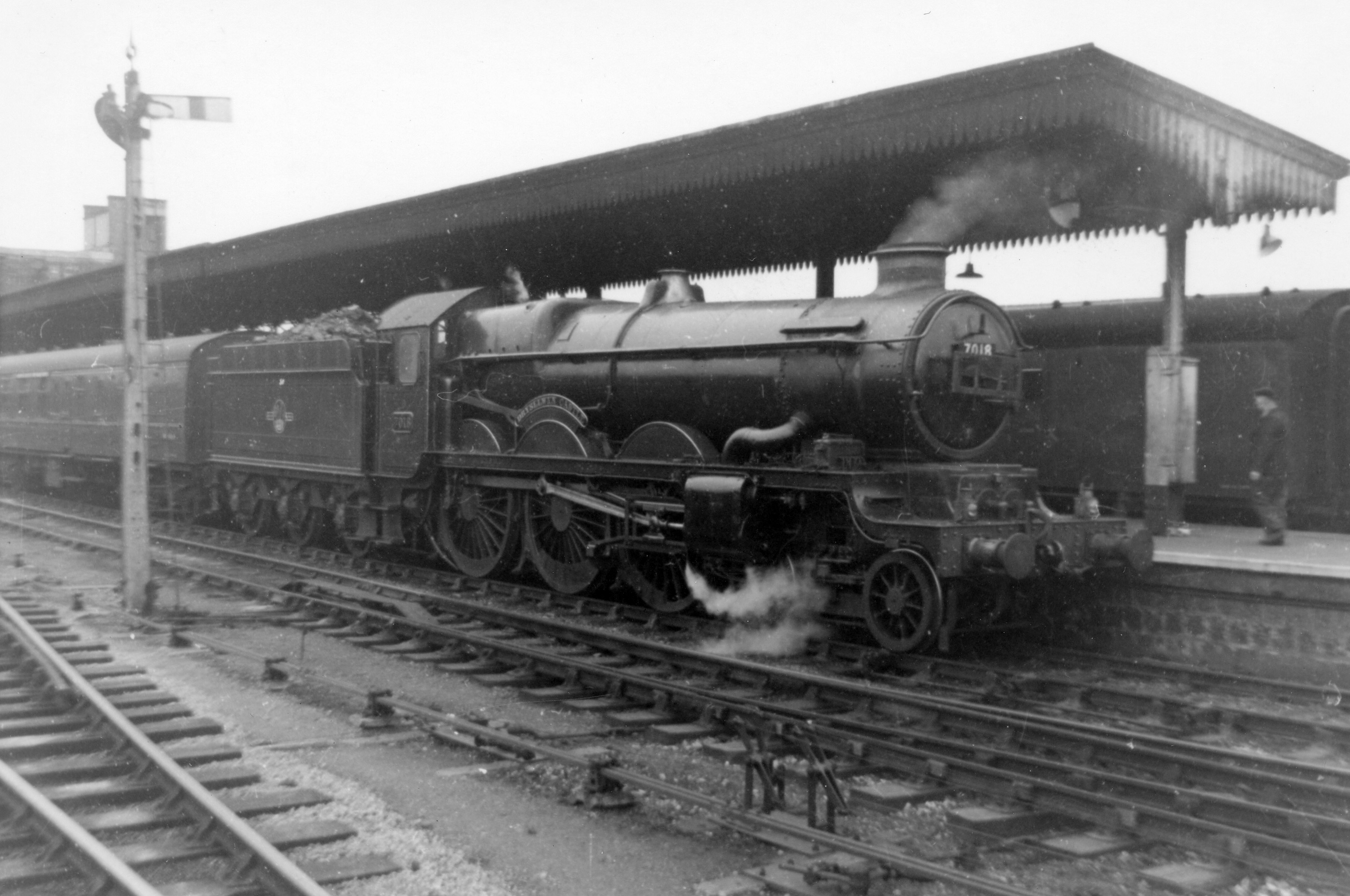 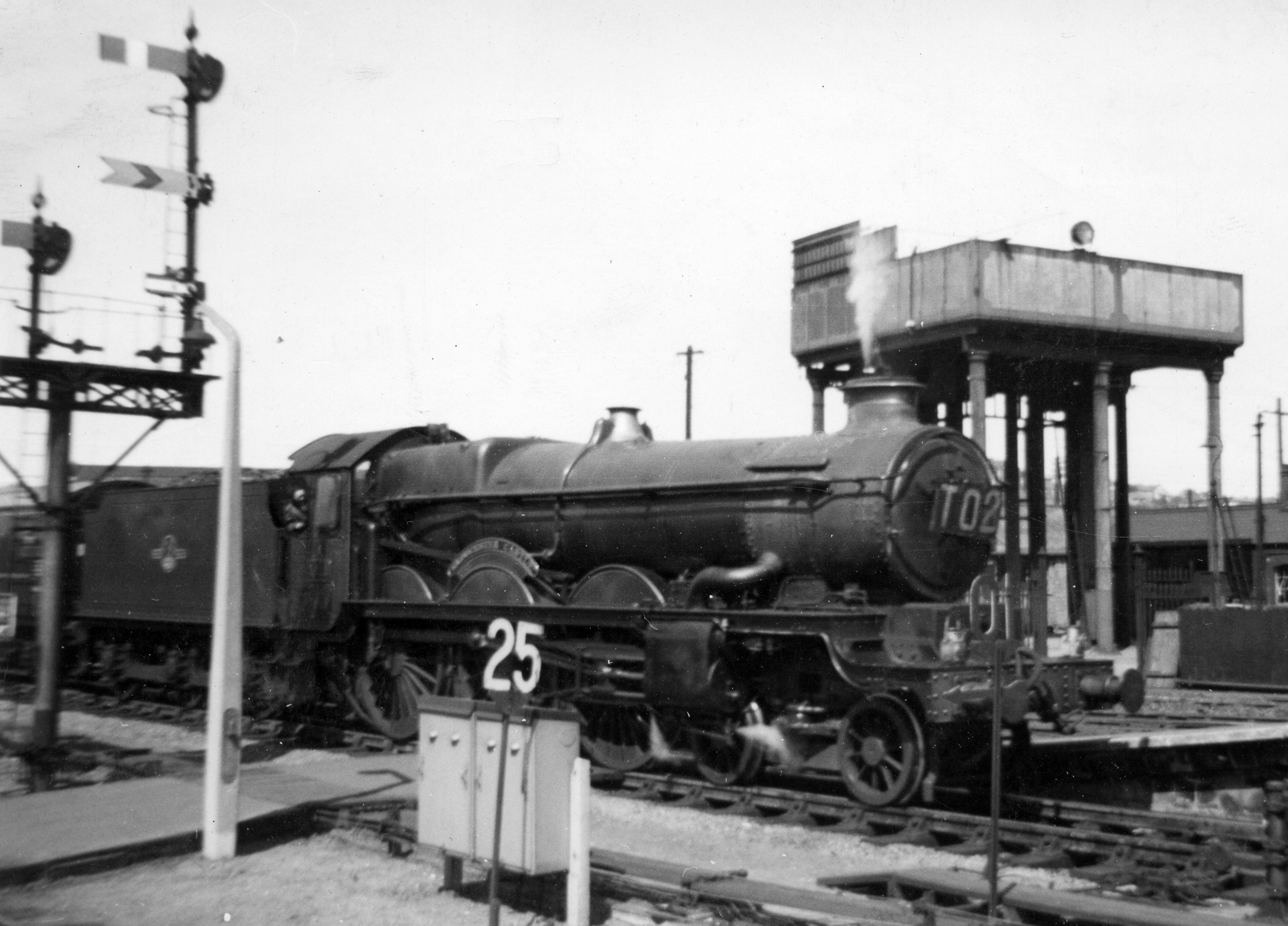 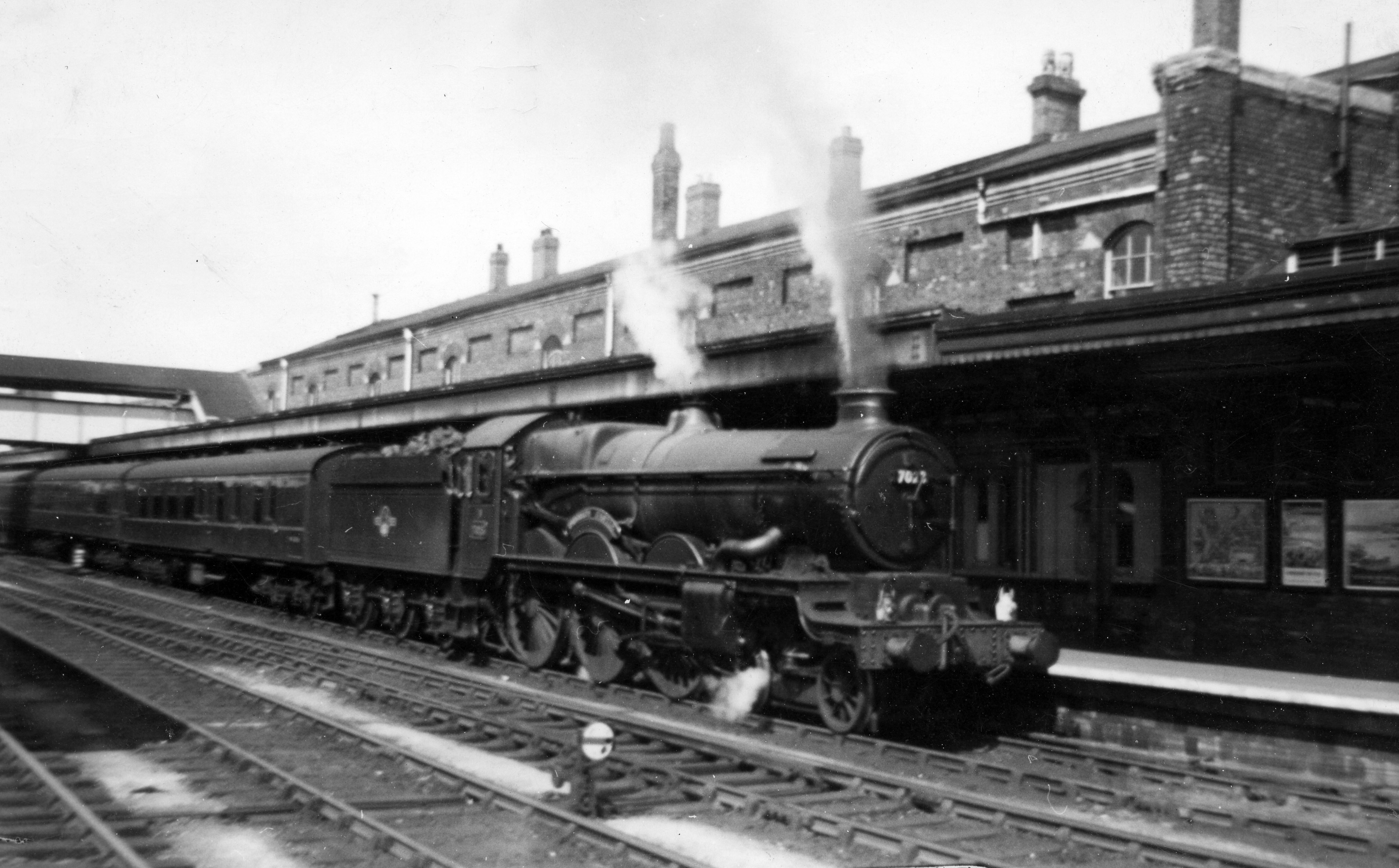 A superb photograph of Worcester's No.7023 "Penrice Castle" awaiting departure from Worcester Shrub Hill Station with a train to London Paddington. 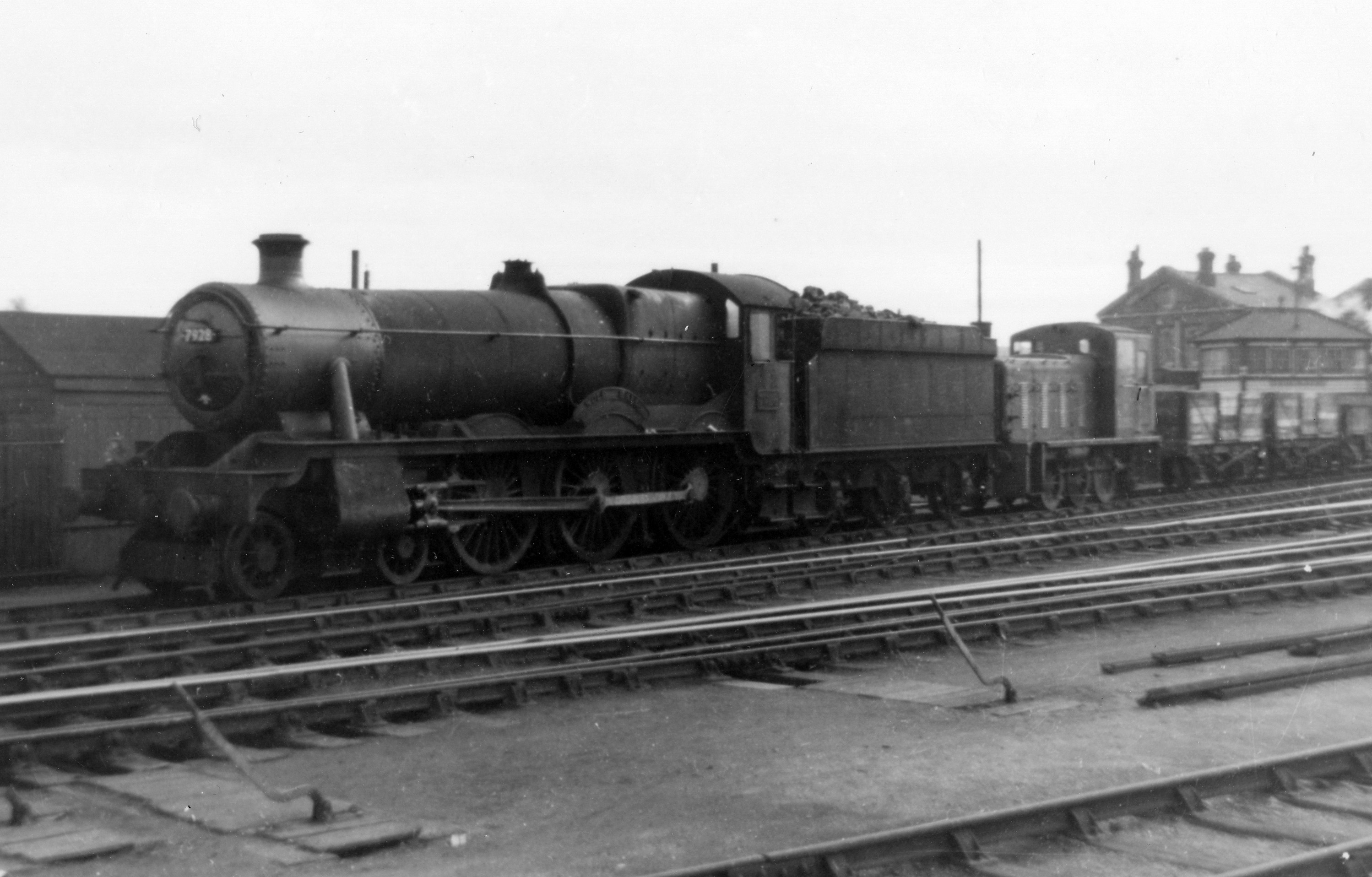 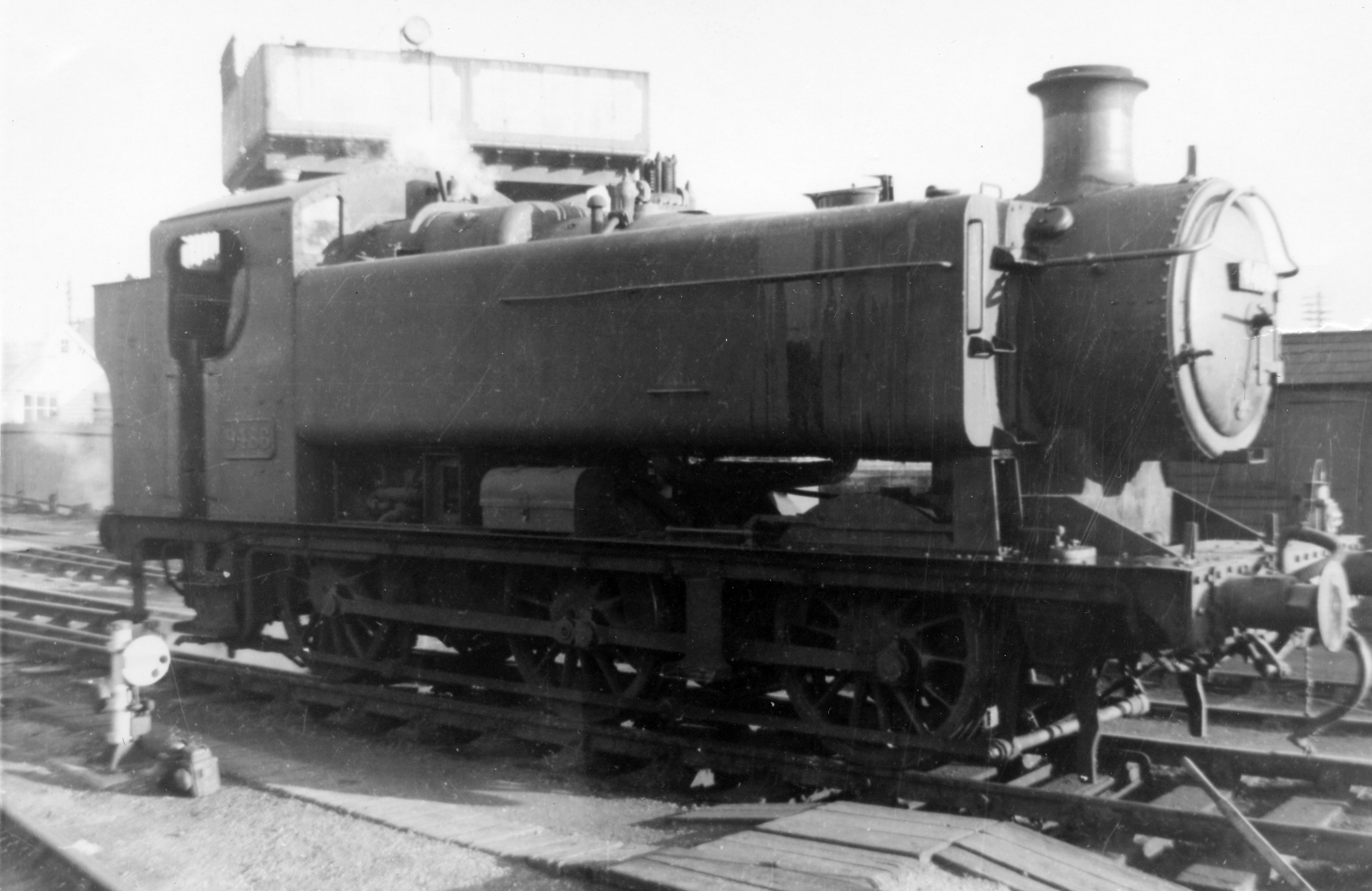