Two class 139 single car railcars (commonly known as 'Parry People Movers') were delivered in 2009 for use on the Stourbridge Junction to Stourbridge Town branch line. The class 139's replaced a single car class 153 railcar that had previously operated services on the branch. The class 139s (also known as PPM60's) were acquired following trials with a smaller PPM50 railcar. The PPM50 railcar which carried No.999 900 had arrived at Stourbridge late in 2005 to run services on a Sunday and following delivery of the class 139's it went back to its makers on 17th May 2009. 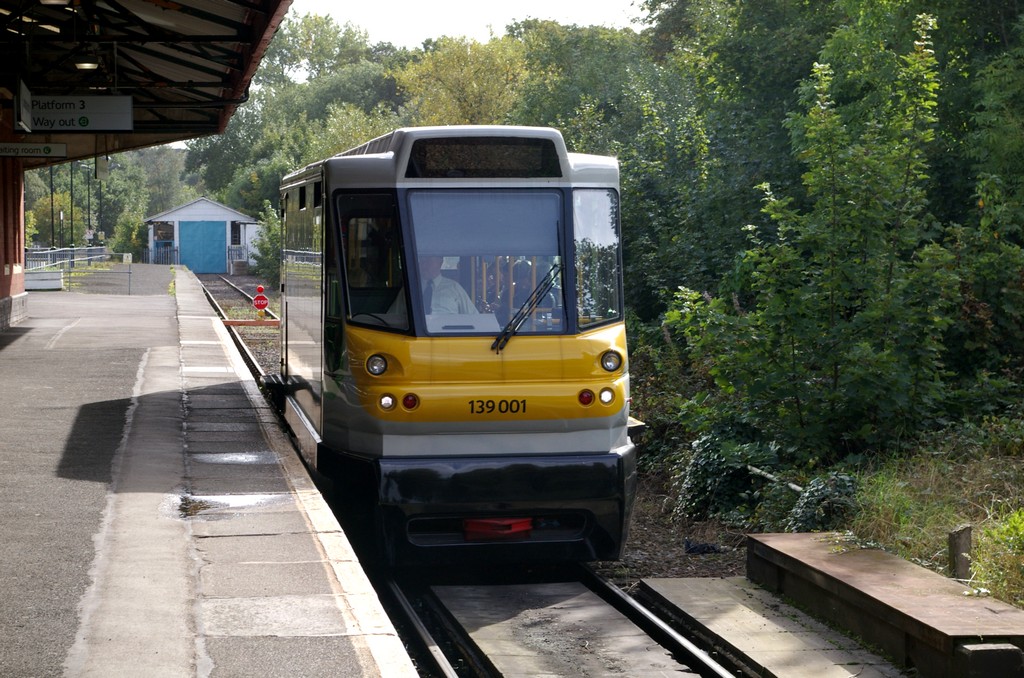 Class 139 single car 'Parry People Mover' railcar No.139001 stands at Stourbridge Junction Station on 5th October 2010 before departing to Stourbridge Town on another of the frequent services on this short branch. The servicing depot can be seen behind the railcar. Photograph taken by Roger Lamb. 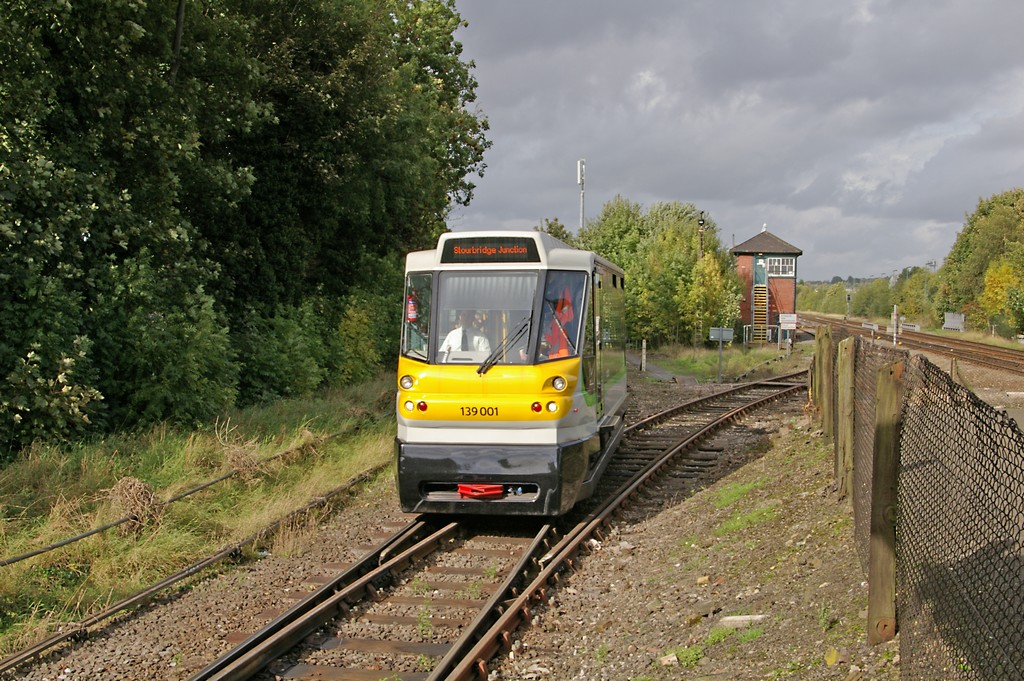 Also on 5th October 2010, a shaft of sunlight picks out the fine details of the unit. No.139001 is crossing the only set of points on the branch which provides access to the main line. Stourbridge Junction Signal Box can be seen on the right. Photograph taken by Roger Lamb. 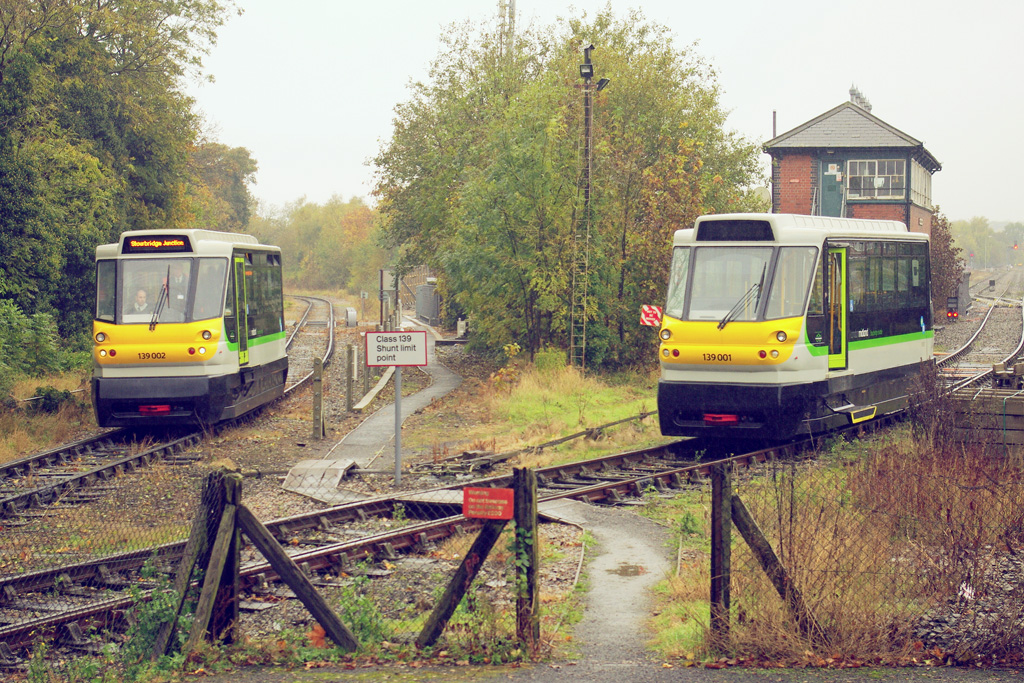 Because the Stourbridge Town line is single track throughout with a single road railcar shed there is no easy means to swap the order of the units in order to allow services to be operated by the spare unit. The only means to achieve this is to park one of the units on the short spur to the main line whilst running the other unit off the branch to the shed. On 1st November 2012 Pete Wilcox took this photograph of this rare manoeuvre. Notice that No.139001 has a “Not to be Moved” sign attached to the cab side in order to comply with the “one loco in steam” procedures.