The date when Kings Norton was opened is not known but John Marks (Birmingham Railways on old picture postcards, ISBN 0 946245 73 8) suggests 1849. 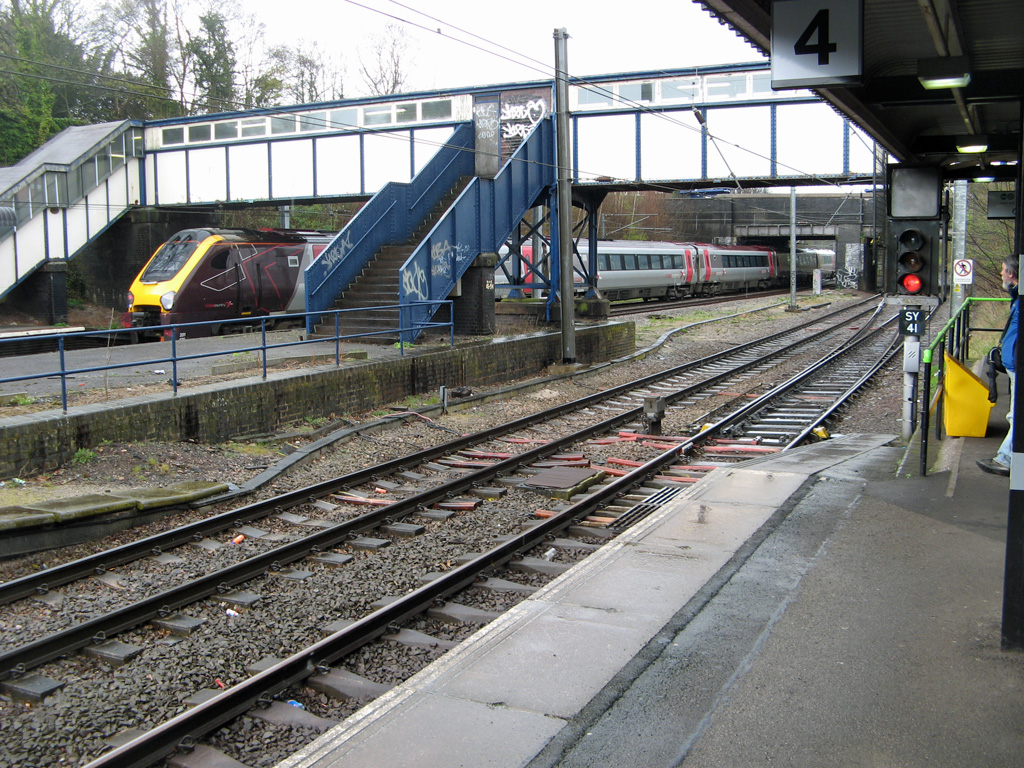 This photograph is taken looking towards Birmingham. Beyond the bridges the Camp Hill line goes off to the right (behind signal SY41) whilst the main line (Birmingham West Suburban line) goes off to the left. On 3rd April 2012 Cross Country livery five-car 'Voyager' diesel multiple unit No.221129 has charge of the 12:07 service from Manchester Piccadily to Exeter St Davids. Photograph taken by Andrew Smith. 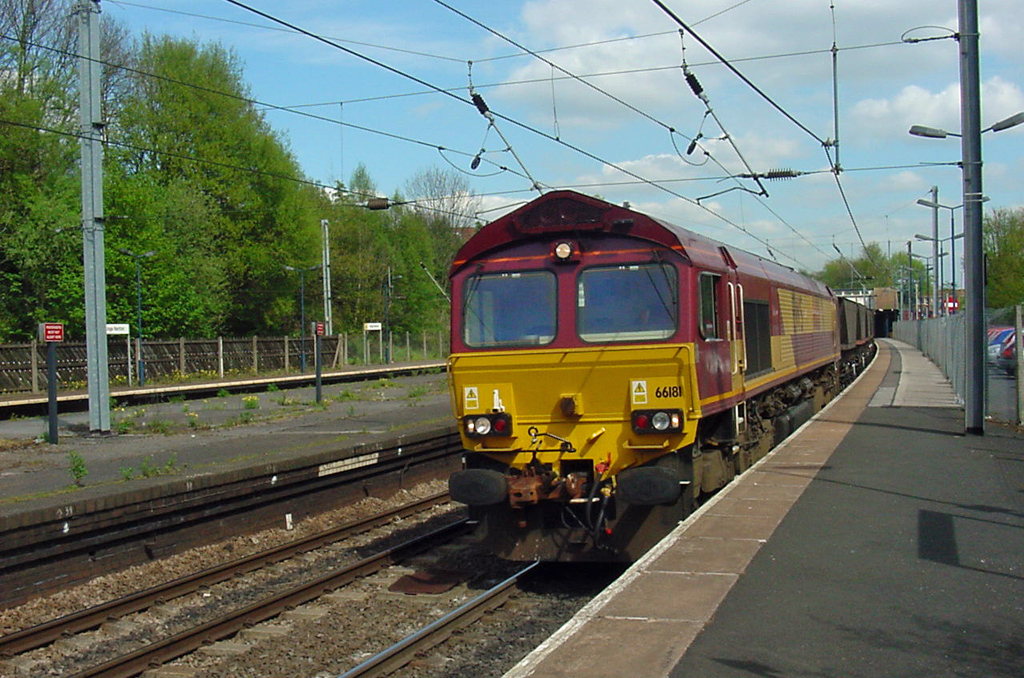 On 23rd April 2002 Andrew Smith's first digital camera, a 2mp Sony Mavica which stored six images per floppy disc, was used to good effect to capture class 66 diesel locomotive No.66181 as it passed the station on the slow lines having just brought its train of empty MGR wagons off the Camp Hill line. 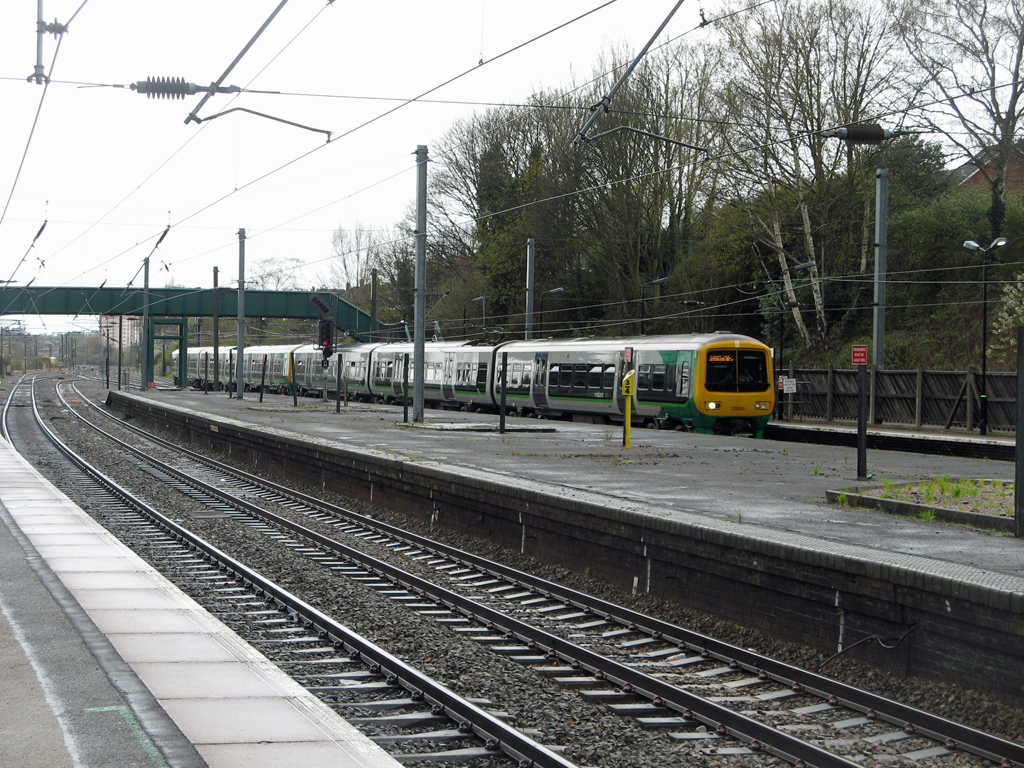 Almost ten years after the photograph above Andrew Smith took advantage of the capability of the Canon Powershot 700 to exploit the less than ideal conditions. 1/160th at F4 proved to be the correct exposure for this photograph of London Midland livery class 323 electric multiple units Nos.323243 and 323205 arriving with the 13:52 service from Longbridge to Four Oaks. Photograph taken on 3rd April 2012.