Norton Halt was the first station from Worcester on the line to Oxford. It was situated at the junction of the lines to Abbotswood Junction and Oxford.

An unidentified class 50 diesel electric locomotive is heading a Paddington to Hereford express. The tracks on the right go to Abbotswood Junction where they join the Birmingham and Gloucester line. The track on to the left (originally double track) is the former Oxford, Worcester and Wolverhampton Railway line to Oxford. The photograph was taken by Andrew Smith in July 1978. 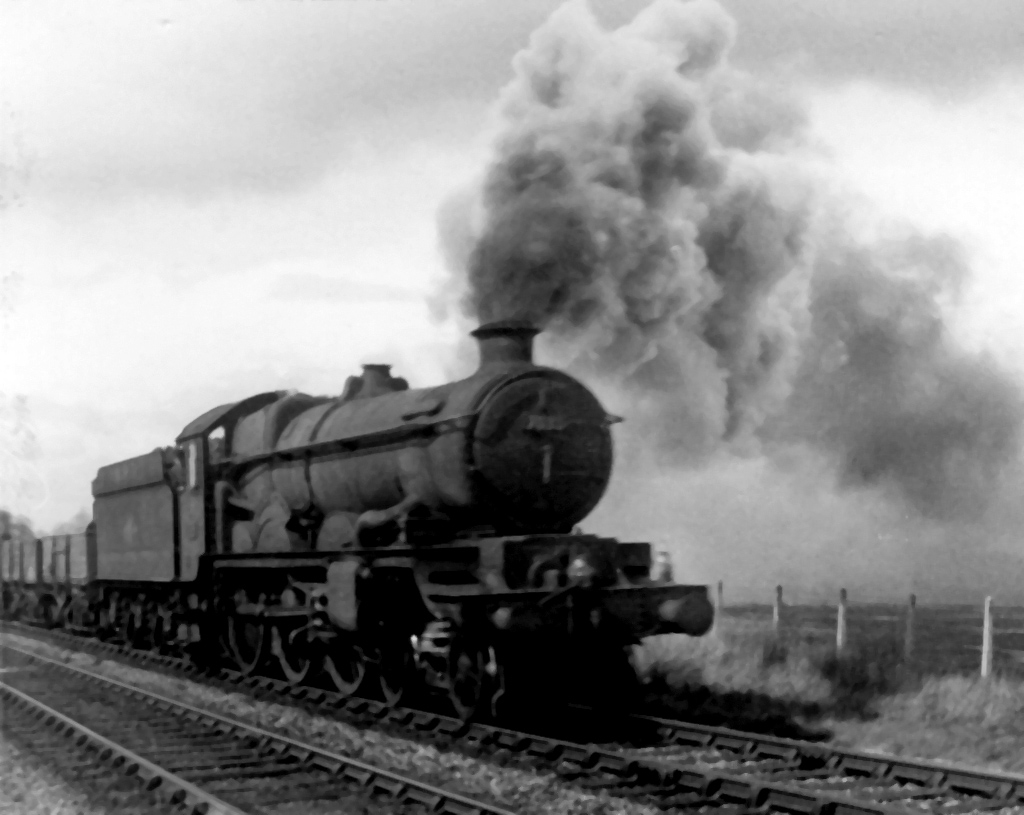 On 23rd April 1964 'Castle' class No.7035 'Ogmore Castle' of Old Oak Common shed is seen at Norton on a freight train. The locomotive was withdrawn in August 1964. The other Ogmore Castle is situated near the village of Ogmore-by-Sea, south of the town of Bridgend in South Wales and was initially constructed by the Normans. The photograph was taken by Rupert Chambers. 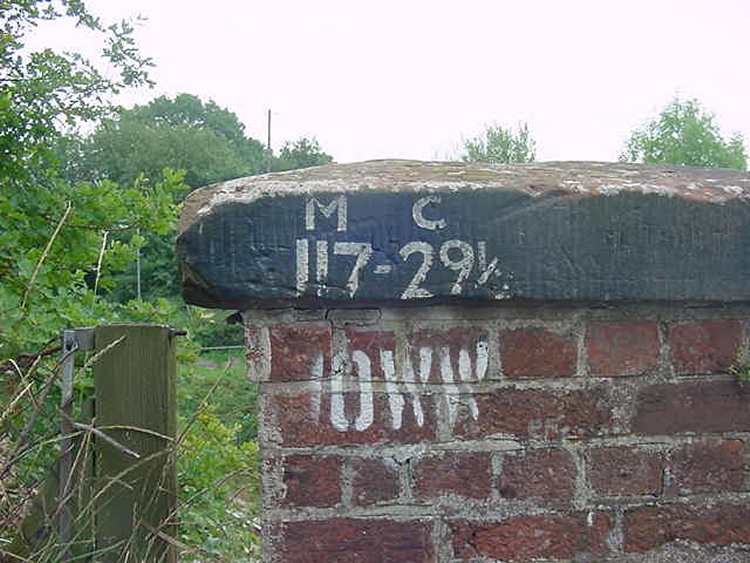 The Oxford Worcester and Wolverhampton Railway may be long gone but the name lives on, painted onto the bridge at Norton. Photograph taken by Andrew Smith on 21st September 2001. On 5th March 2011 First Great Western livery class 166 diesel multiple unit No.166210 passes over the junction at Norton with the 11:21 service from London Paddington to Great Malvern. Photograph taken by Andrew Smith. 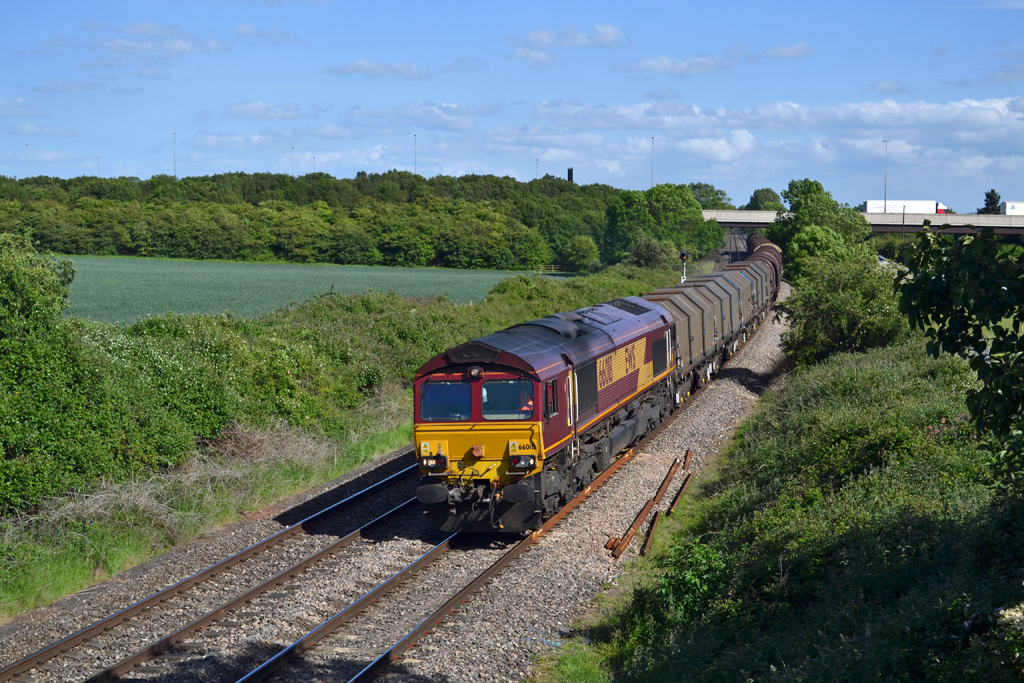 The sun was shining brightly as the only freight train seen during a three hour period of observation in the Abbotswood area passed under the M5 Motorway bridge on the section of line between the former Norton Halt and Worcester. Class 66 diesel locomotive No.66018 is in charge of train No.6M41, the 11:41 from Margam to Round Oak service The vans immediately behind the locomotive are owned by VGA Rail UK Ltd and are of type JSA. Photograph taken by Andrew Smith on 24th May 2011. 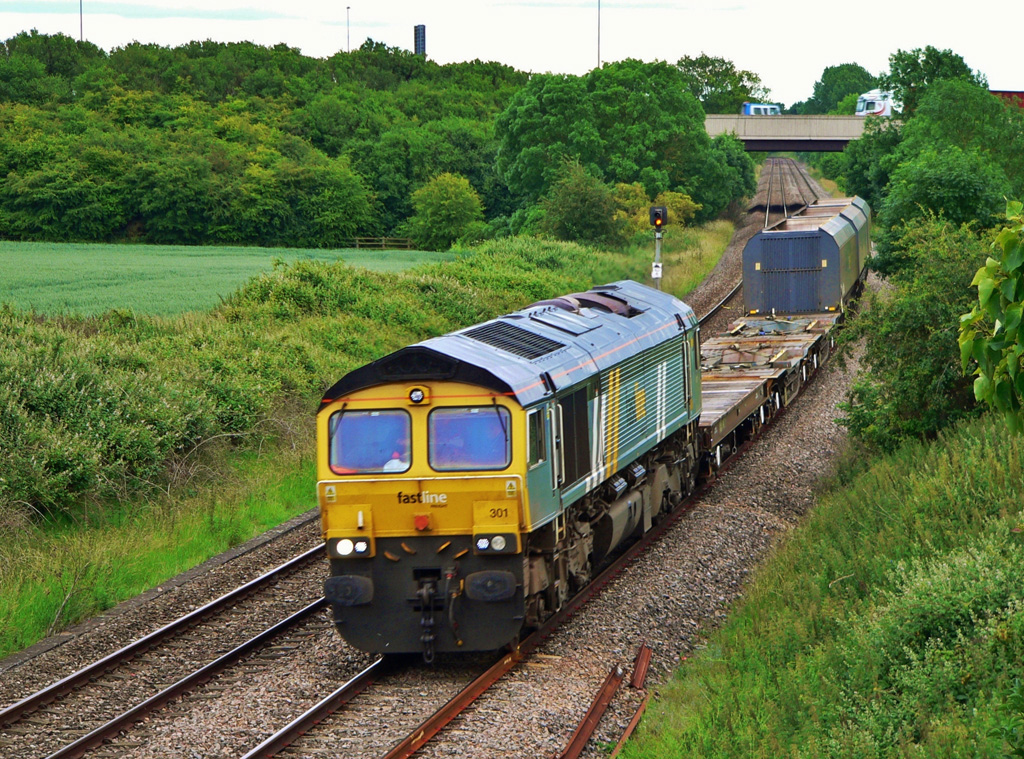 This class 66 diesel locomotive is No.66301, in the livery of the defunct Fastline train operator, and whilst on lease to DRS Ltd it made a rare appearance in the county on Monday 20th June 2011 being photographed at Norton whilst tripping six wagons from Long Marston to Worcester. The locomotive had earlier brought some wagons from Carlisle to Long Marston. The locomotive returned north the following day. Photograph taken by Robert Cooke with additional information supplied by Peter Tandy. 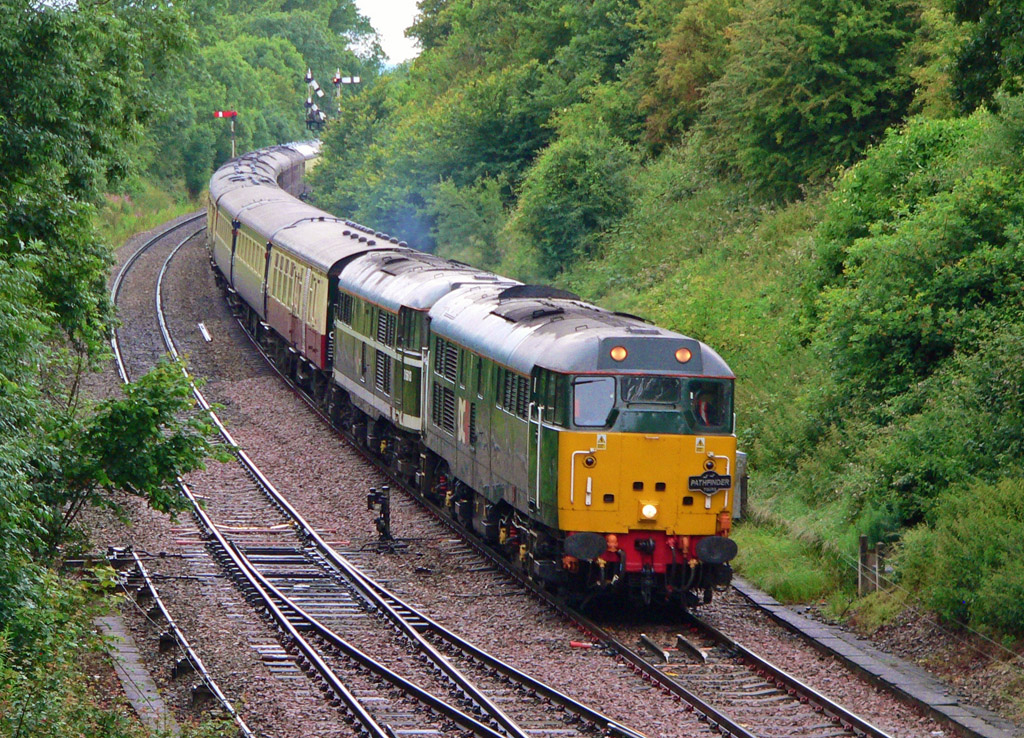 This excursion train is code No.1Z31, the 05:22 'The Kernow Explorer 3' from Birmingham International to Penzance. It stopped to pick up at Worcester Shrub Hill and passed Norton at shortly after 6.30am on Saturday 25th June 2011. The motive power for this Pathfinder Tours train was class 31 diesel locomotives Nos 31601 & 31190. Photograph taken by Robert Cooke. 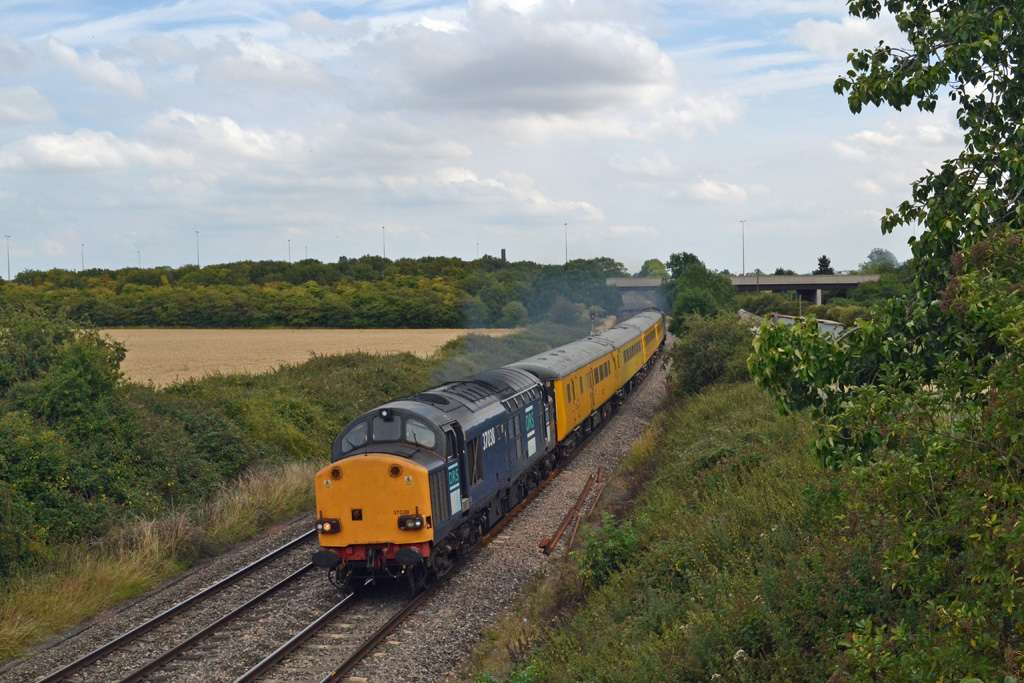 This location, close to the M5 motorway (which runs over the bridge in the background), is known locally as Norton Barracks due to its close proximity to the former military barracks. It is on the former Oxford, Worcester and Wolverhampton Railway line between Norton Junction and Worcester Shrub Hill. On 2nd August 2011 class 37 diesel locomotives Nos.37038 and 37059 stormed past the photographer with a test train from Oxford to Tyseley. The four carriages, all in Network Rail's yellow livery, are No.9481 (Staff Coach ex-Mark 2D), No.977997 (Radio Survey Coach, originally Mark 2F No.6126) and former Mark 2F staff coaches Nos.5981 and 1256. Photograph taken by Andrew Smith. 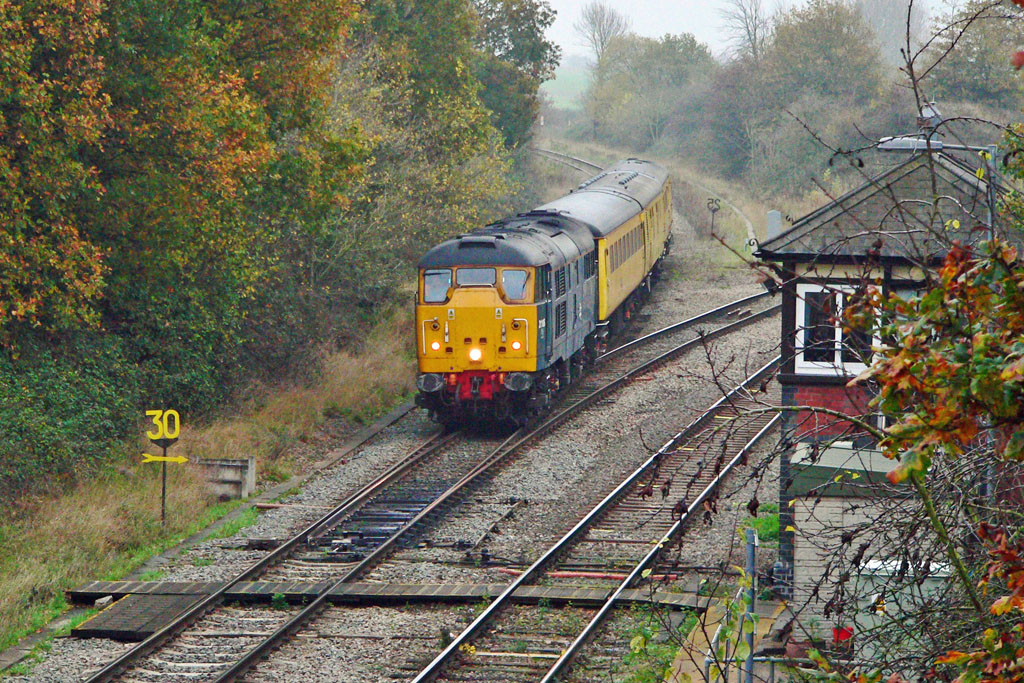 In the gathering gloom on the afternoon of 16th November 2011 Robert Cooke photographed class 31 diesel locomotive No.31106 at Norton Junction with test train code 3Z13 to Derby. 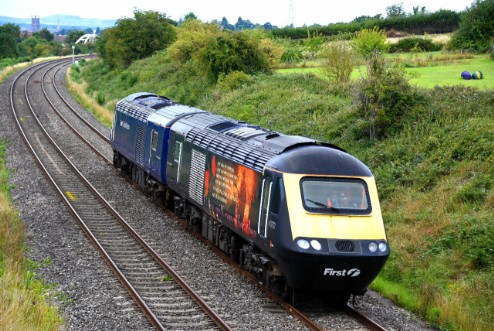 This pair of class 43 "HST" powers cars (Nos.43172 and 43171) on the way from Bristol to Long Marston where they collected some Mark 3 carraiges and took them to Leeds.  Photographed by Steve Widdowson on 24th July 2020 at the site of Norton Junction station.
Back to content