The lines from the stations at Worcester Shrub Hill and Foregate Street meet at Tunnel Junction. Almost immediately after passing through the tunnel at Rainbow Hill the line passes over Brickfields Road, opposite to Astwood Cemetery. At this point, the Great Western Railway built a small wooden halt in 1936 to be served by a new 'railcar' service. The halt was officially closed when this service was discontinued in 1940 but workers' trains to R.O.F.Blackpole continued to call here. No trace remains of Astwood Halt which was demolished after the end of World War 2. 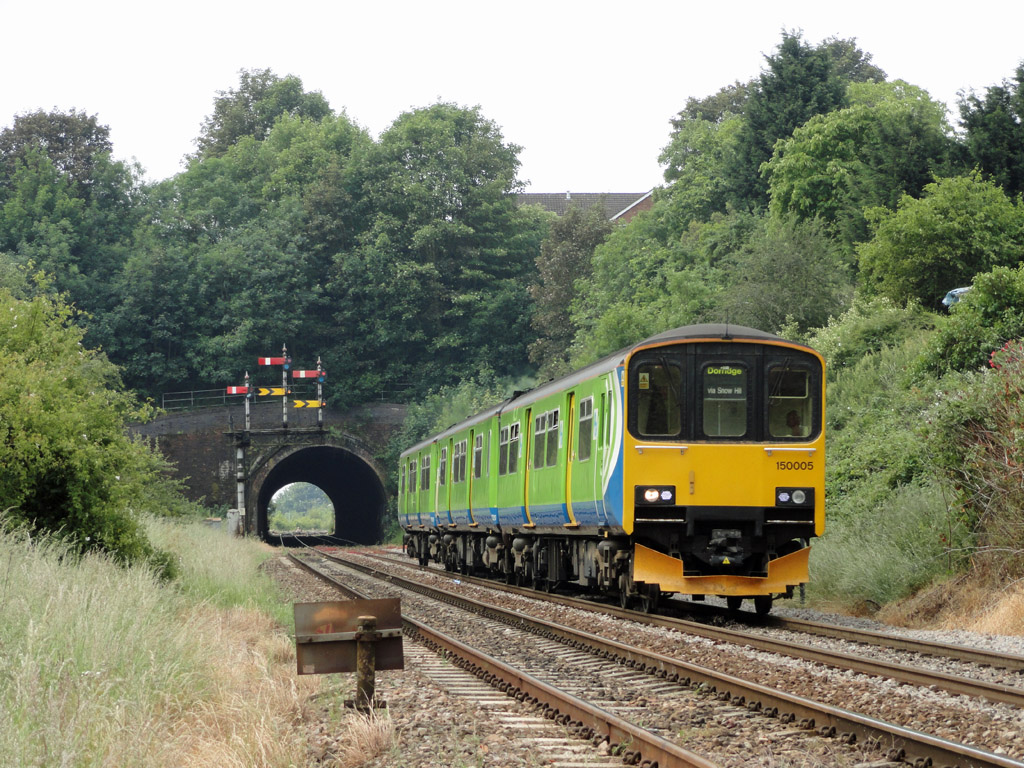 On 6th June 2011 Adrian Booth took this photograph of three-car class 150 diesel multiple unit No.150005 with the 10.16 London Midland service from Worcester Foregate Street to Dorridge. 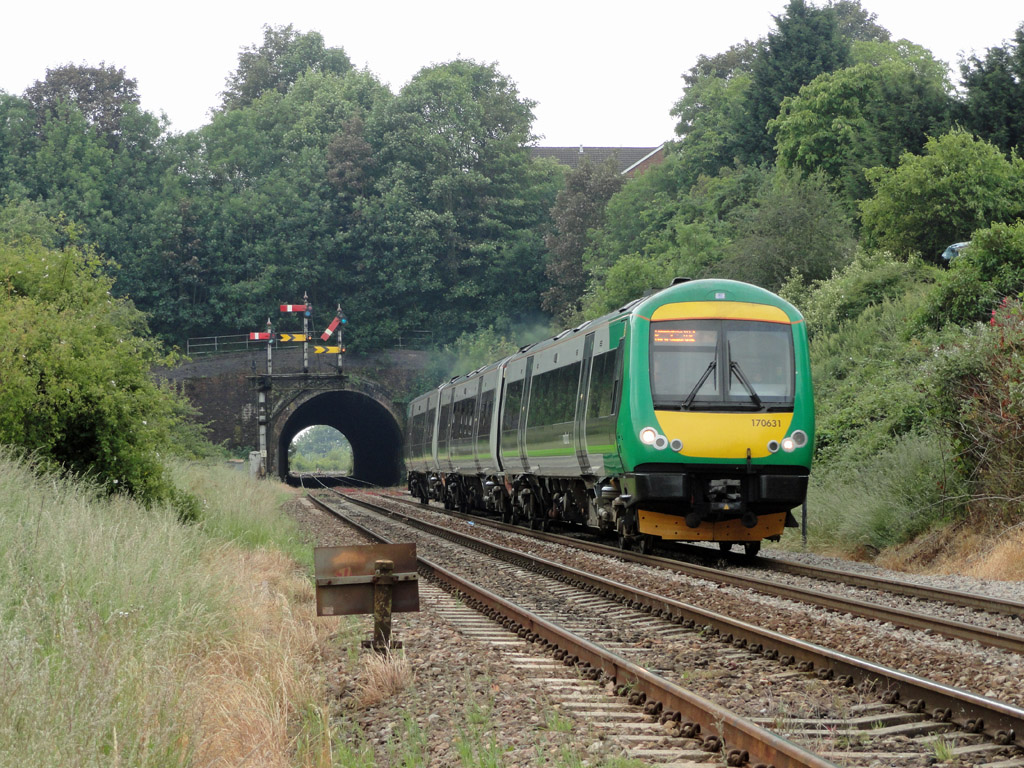 This nice set of signals is controlled from Tunnel Junction Signal box which is located on the other side of the tunnel and allows access to the yard, and Shrub Hill and Foregate Street Stations respectively. The signals are set to allow the 09:49 London Midland service from Birmingham New Street to Hereford to gain access to the line to Worcester Foregate Street Station from where Class 170/6 three car diesel multiple unit No.170631 had recently departed and which was now heading towards Droitwich Spa with the 09:40 London Midland service from Hereford to Birmingham New Street. Photograph taken by Adrian Booth on 6th June 2011. Seen from the King George V playing fields near Tunnel Junction but looking in the opposite direction, the railway curves away to the left past the site of Astwood Halt which is on the embankment beyond the on-track plant machine on the far side of the road under-bridge.

There are few surviving photographs of the halt when it was in use and the only one ever seen by the MIAC shows LMSR class 5 4-6-0 No.5272 heading a northbound passenger train on 30th June 1938. It appears in the historical picture book 'Unseen Worcester'. This is a Hydrex/Rexquote Megarailer 988 No.4203 parked alongside the railway at Astwood. Photographs were taken by Andrew Smith on 20th October 2007.