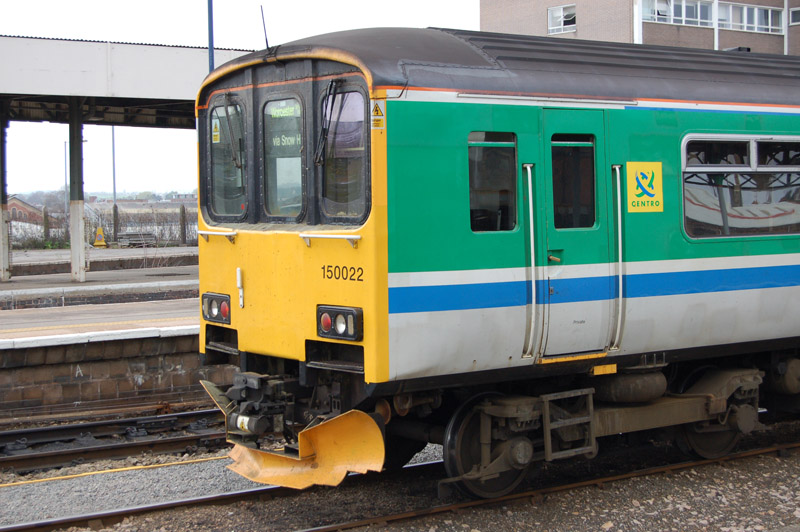 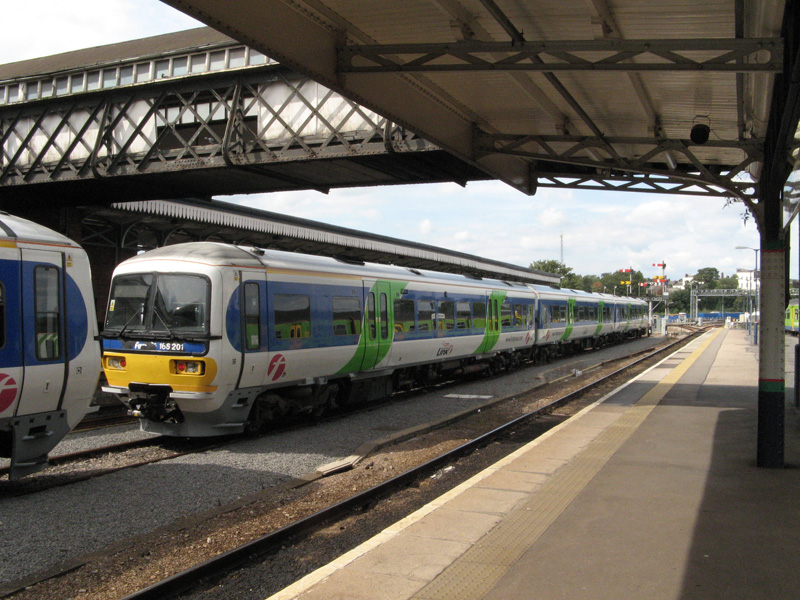 First Great Western Link class 166 diesel multiple unit No.166201 stands in the centre road at Shrub Hill Station with another of the same class also in the siding. The photograph was taken on 22nd August 2006.

On 11th November 2007 there was a major change to services in the Worcestershire when Central Trains (owned by National Express) services were taken over by London Midland (owned by Govia). Almost immediately a major exercise to repaint and refurbish its fleet was started. On the same date Virgin Trains’ cross country franchise was taken over by Arriva and rebranded as Cross Country Trains. A programme to repaint 'Voyagers' and other diesel multiple units into a new livery started soon after. 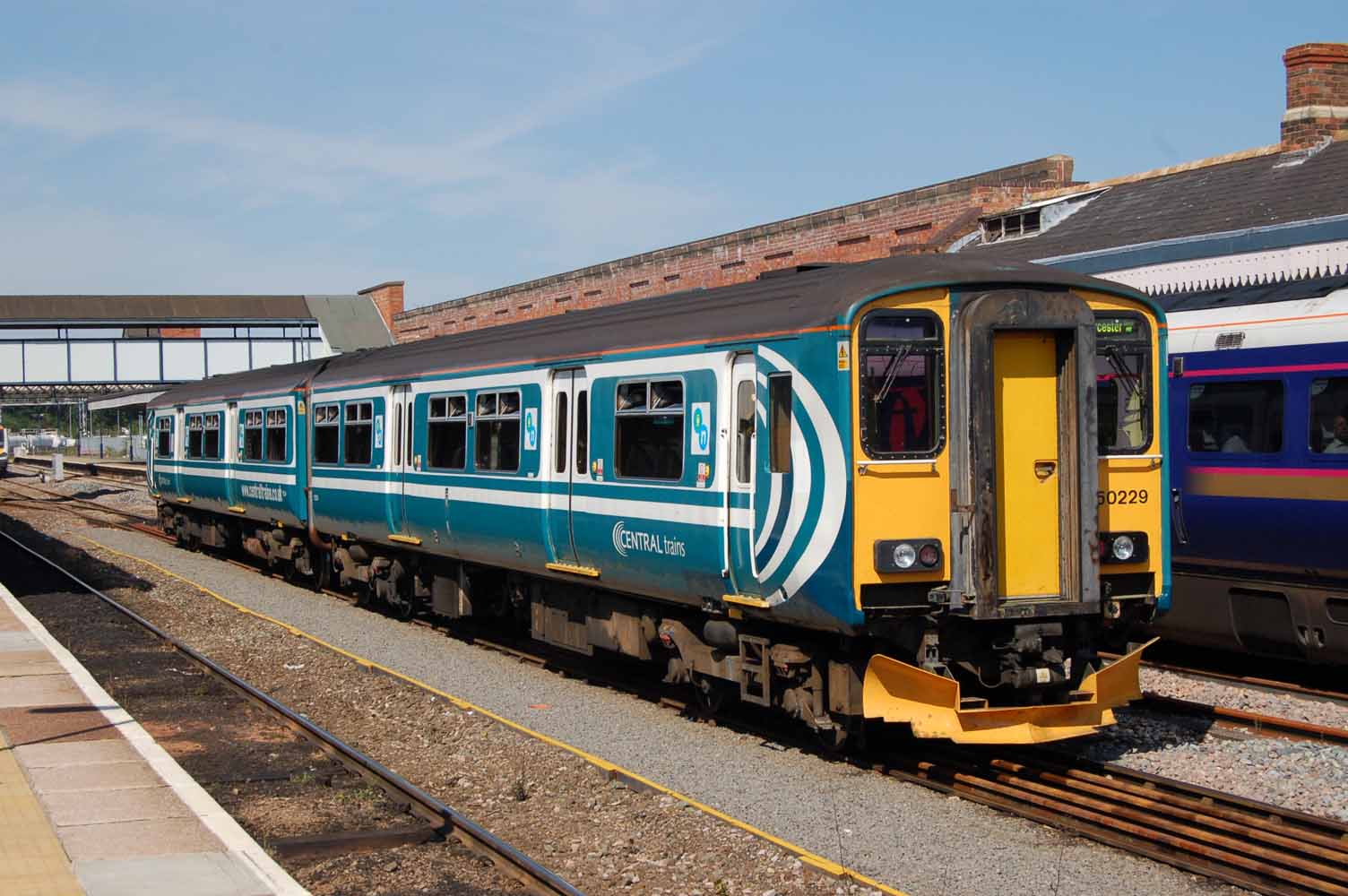 Class 150/2 dmu No.150229 in the very strange and shabby 'ex Anglia Railways' Central Trains livery is stabled on the middle road. Operationally the lack of adequate layover tracks must be a nightmare. You can just see in the background No.170398 effectively blocked in by this unit. Yet in the 1960s there used to be two tracks in the centre of the station whereas now there is only one. Furthermore with a large number of vacant sidings to the south of the down platform it would surely be better to stable units there between duties. Click here for more photographs at Worcester on 23rd August 2007 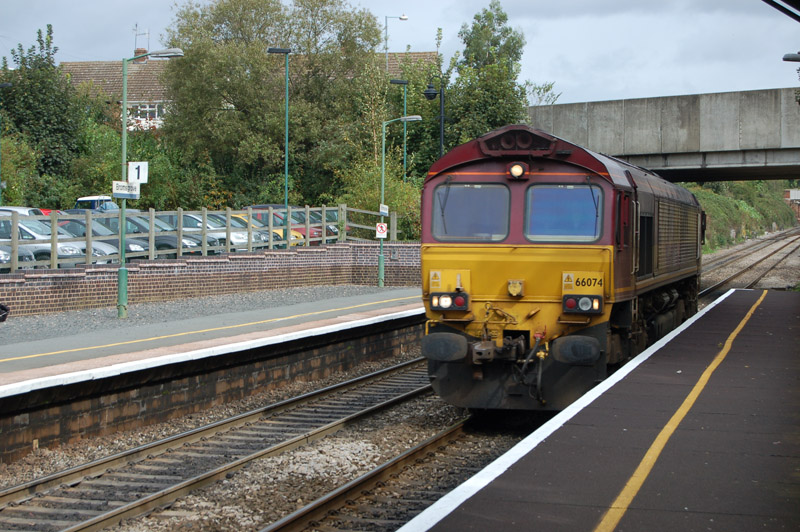 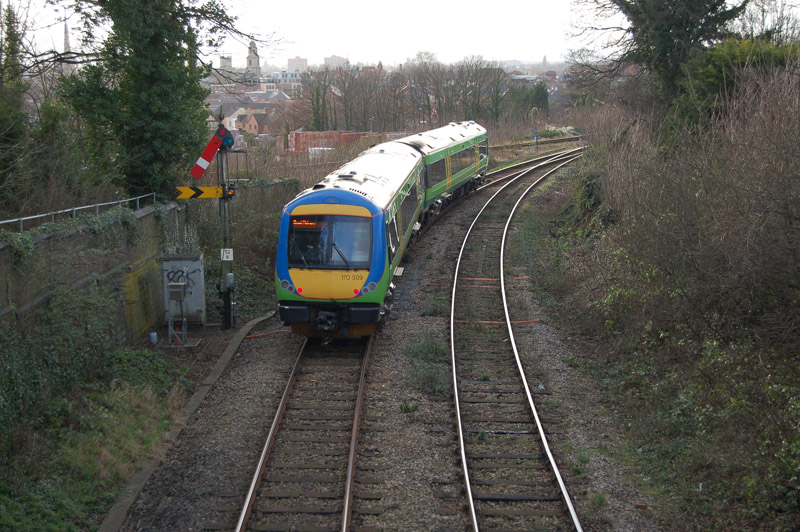 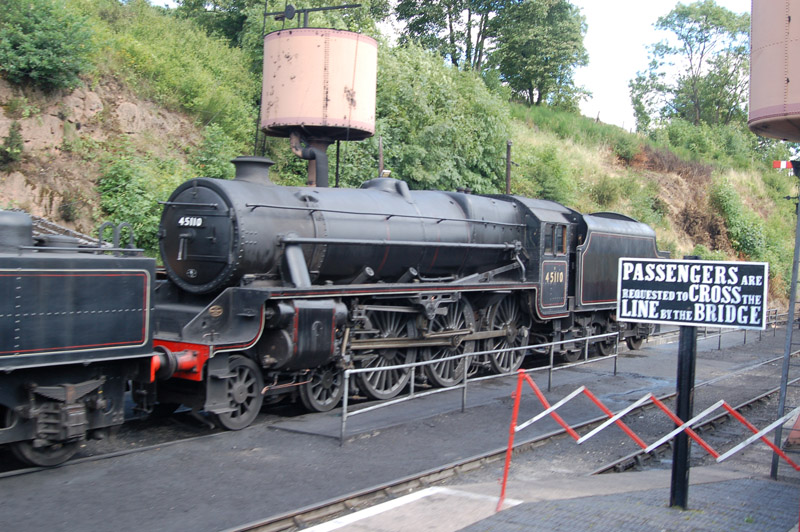 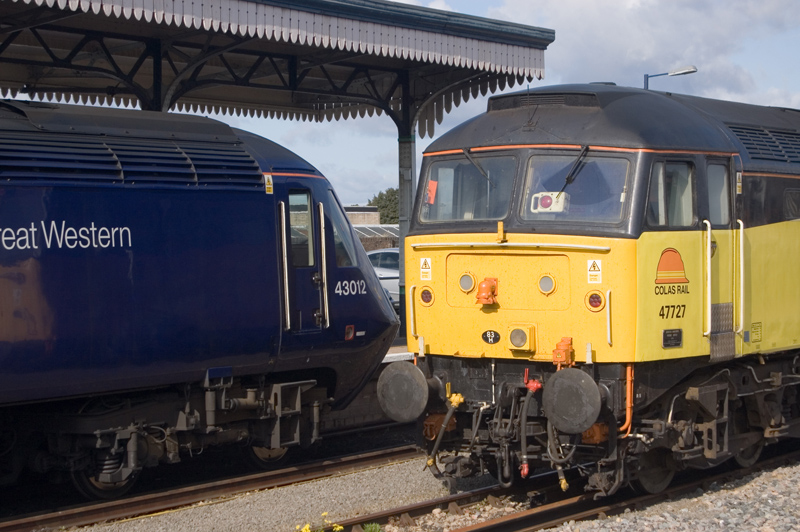 Class 47 locomotive No.47727 in the striking yellow livery of Colas Rail is stabled in the centre siding at Shrub Hill Station with class 43 'High Speed Train' locomotive No.43012 in Great Western livery waiting at the 'down' platform with the mid-morning train from London to Great Malvern. The photograph was taken on 2nd October 2008. More photographs at Worcester on 2nd October 2008