There are three large quarries here that are accessed from the Earnslaw Quarry car park that has been provided by the Malvern Hills Conservators (at grid reference SO 772 442). This is on the east side of the Malvern Hills just off the road to the Wyche Cutting. The Conservators state that their records show that quarrying for high quality granite started in 1836 and that this activity led to a landslip on 30th October 1932. In an ensuing legal action the Conservators won damages and expenses. It was following this landslip that quarrying was moved to the north.

The car park is adjacent to the main road at the point where the quarry buildings and lorry loading points were located. One of the quarries (possibly the one referred to as 'Wyche Quarry' in the IRS article) is immediately to the west of the car park and the remains of the loading bay. Behind the loading bay is another old quarry. The third quarry is not visible from this point being a half mile climb walk away to the north through recently planted woodlands. From the car park there are two paths to the northern quarry. The one nearest to the road is an 'Easier Access' trail and was laid down on what had been the driveway to Earnslaw House (built 1875, demolished 1936). The path just to west of the easy access trail is presumed to be on the trackbed of a former locomotive worked narrow gauge tramway (see below). The reward for making the walk is a pleasant and peaceful place to picnic and just a short climb away from the summit of the Worcestershire Beacon. The base of the quarry is now a lake, seemingly tranquil and calm, but visitors that are advised under NO circumstances should they attempt to bath or swim in the pool. 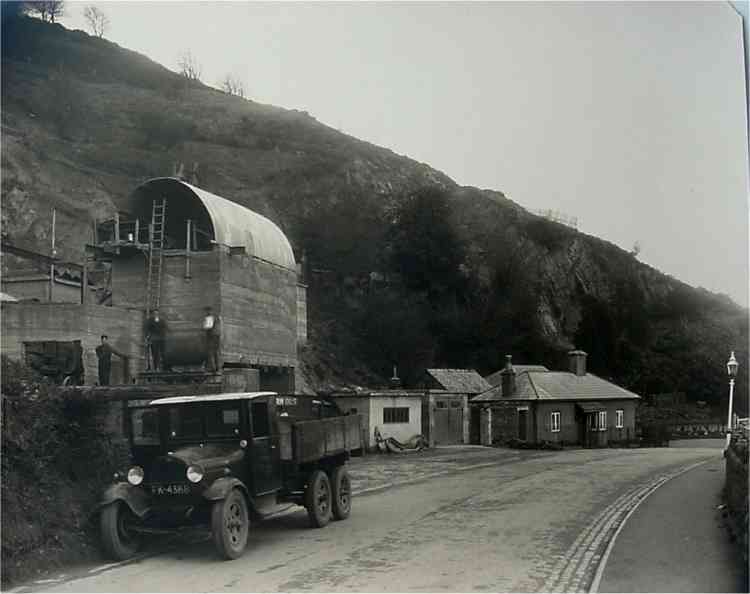 This photograph from the archives of the Malvern Hills Conservators is referred to in the IRS article under the heading of 'Wyche Quarry'. The lorry parked on the Wyche Road is facing towards the Wyche Cutting. It is a Ford Model AA with either a Balco or Muir Hill chassis extension to convert the original 30 cwt truck to take larger loads and it was built about 1934. Only four of the six wheels had braking capacity so it must have been very difficult to control the vehicle when taking a full load of stone down from the quarry. Above the roof of the lorry are two men standing on the base of a 'V' type railway skip. To the right of the lorry are three buildings facing onto the road. In his excellent book 'Malvern Through Time' (Amberley Publishing, 2009, ISBN 978 1 84868 223 8) Brian Iles states that this quarry was formerly known as 'Tollhouse Quarry'. 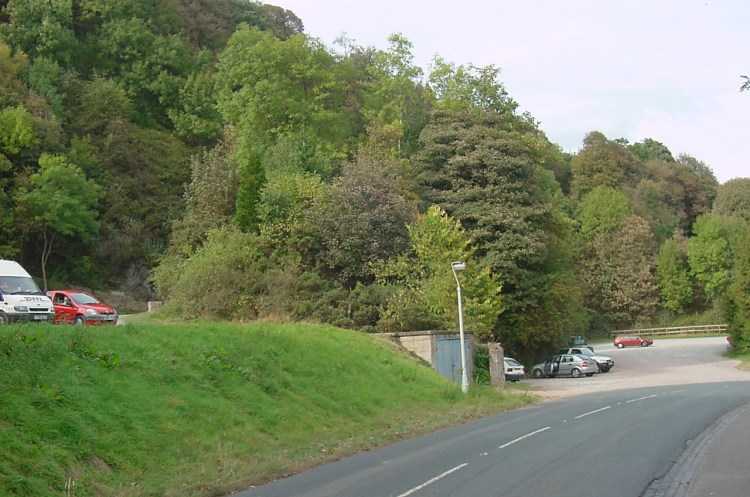 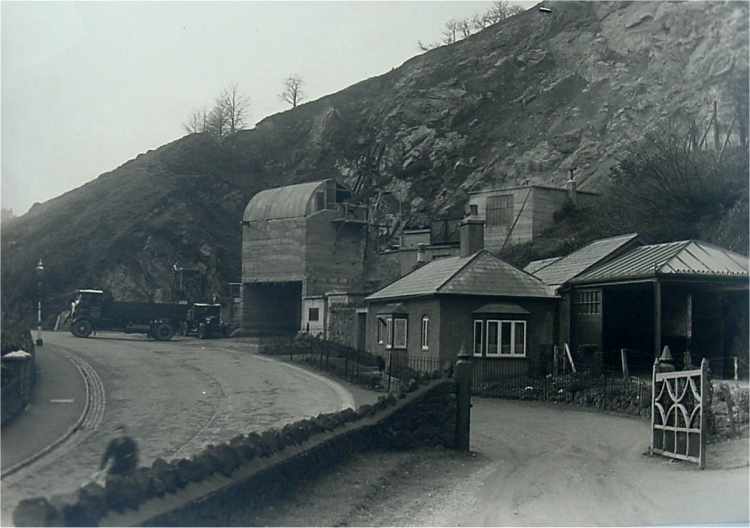 This second photograph (also by courtesy of the Malvern Hills Conservators) is looking in the opposite direction and is taken from the drive that went to Earnslaw House. The lorry is a pre-war Leyland Beaver that was built between 1935 and 1939. The modern car park is accessed via the road in the foreground. Note the Malvern gaslight to the left of the lorry that is reversing into the loading dock with the 'V' type skip behind. 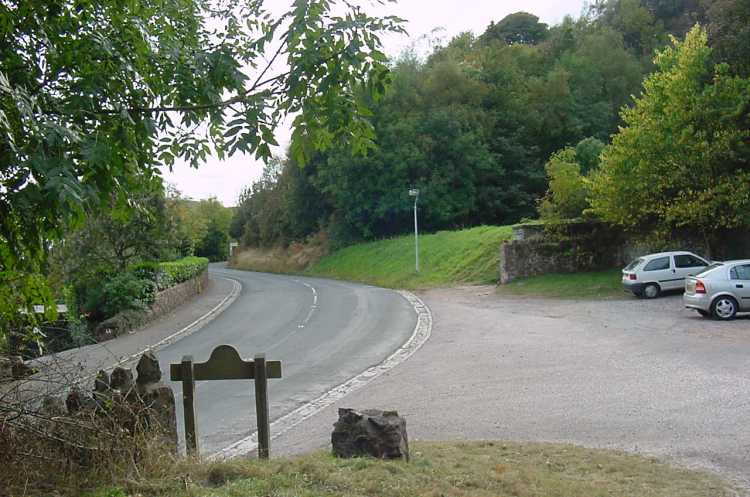 This was the view from the former driveway to Earnslaw House on 30th September 2002 which later became the 'Easier Access' path to the later Earnslaw Quarry. Photograph taken by Andrew Smith. 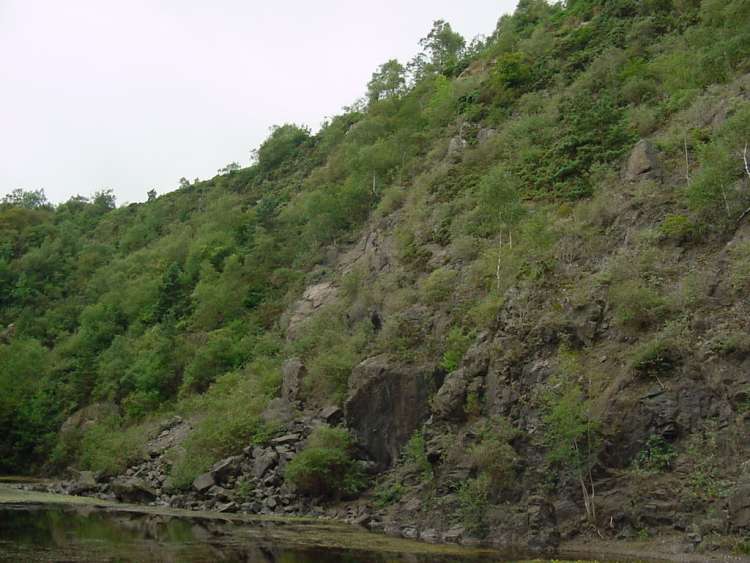 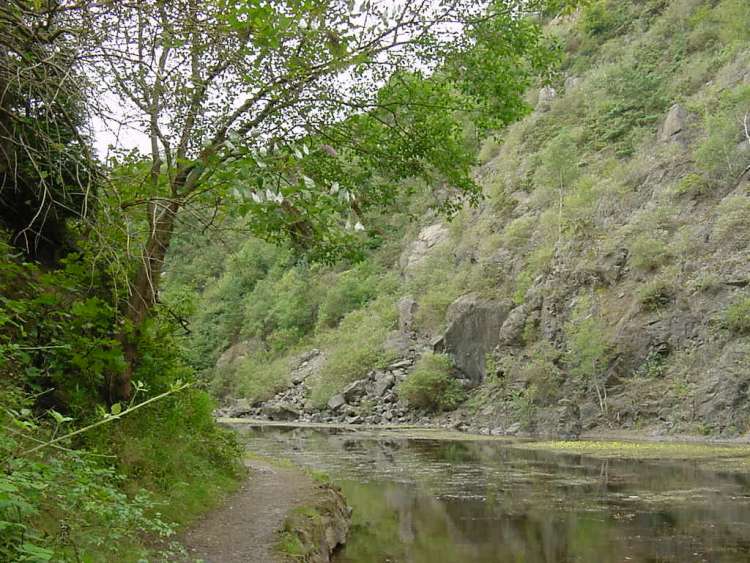 These two photographs of the third Earnslaw Quarry were taken by Andrew Smith on 11th August 2002.

Many fish now inhabit the pool that has formed at the base of the quarry.

The quarry was largely worked out by the late 1950s. The Malvern Gazette newspaper reported in 1962 that “about 25 acres of the Malvern Hills now used for quarrying and industry are to be bought by Worcestershire County Council and .... the quarries used for car parks. The owners (Laird Quarries Ltd) are to leave the site in twelve months time” (Source: Malvern Gazette, 2/11/2012).

The site is maintained by the Malvern Hills Conservators..