Go to content
On Track Plant in Worcestershire in 2014

ON TRACK PLANT IN WORCESTERSHIRE IN 2014 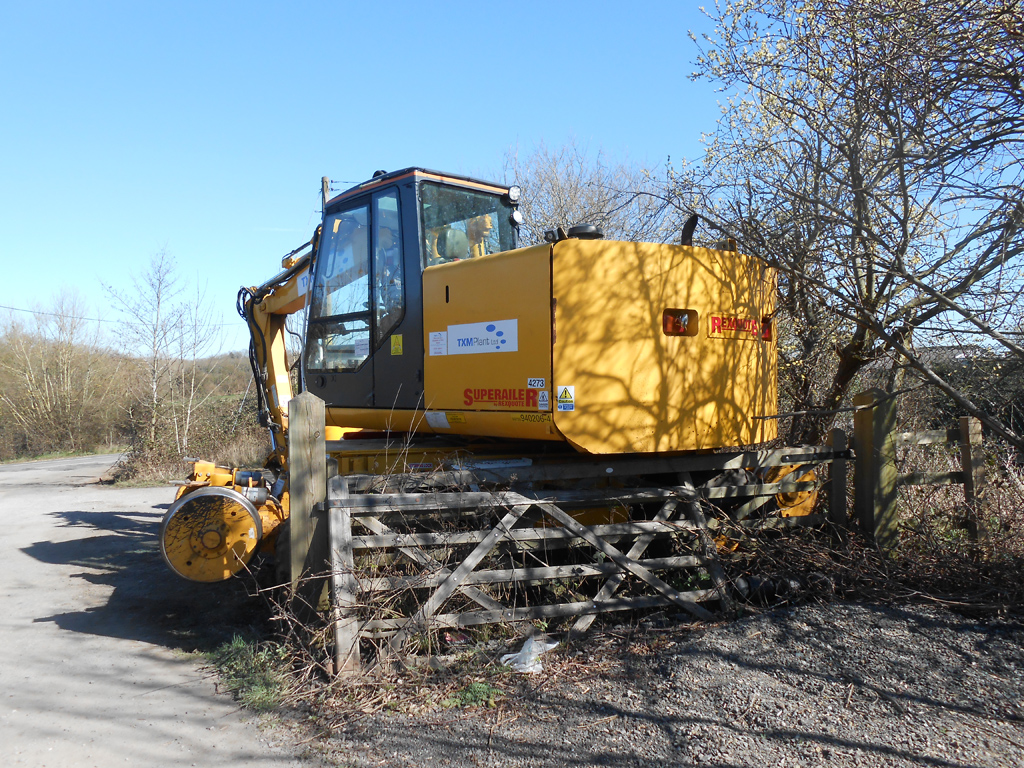 The last of four scheduled possessions of the level crossing at Newland finally produced an item of on-track plant on Sunday 16th March 2014, the other three possessions being not used. The reason for the possession was to enable the road on either side of the crossing to be repaired and new white lines put in place, presumably as part of Network Rail’s planned upgrading of safety facilities. No.940206-4 was noted alongside the signal box after the works had ended. Photograph taken by Andrew Smith. 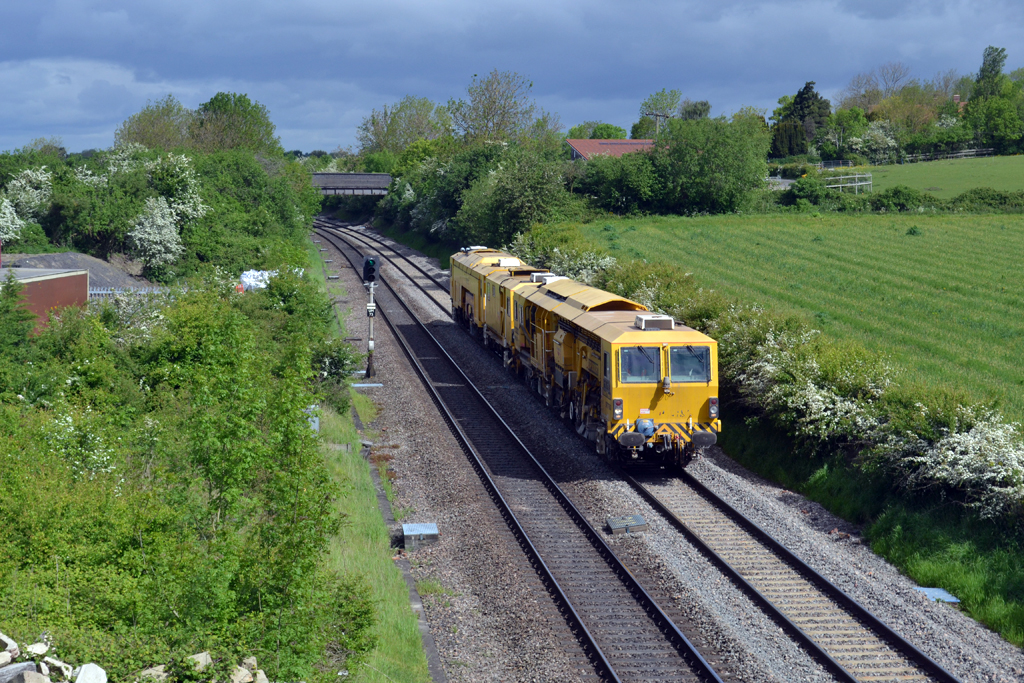 The sun shone briefly through a cloudy sky to greet the passage of DR 77903 (Plasser & Theurer USP 5000 ballast regulator) and DR 73115 (Plasser & Theurer 09-3X-D-RT tamper) through Defford with the 10.00 from Worcester to Salisbury on Monday 12th May 2014. Photograph taken by Andrew Smith. 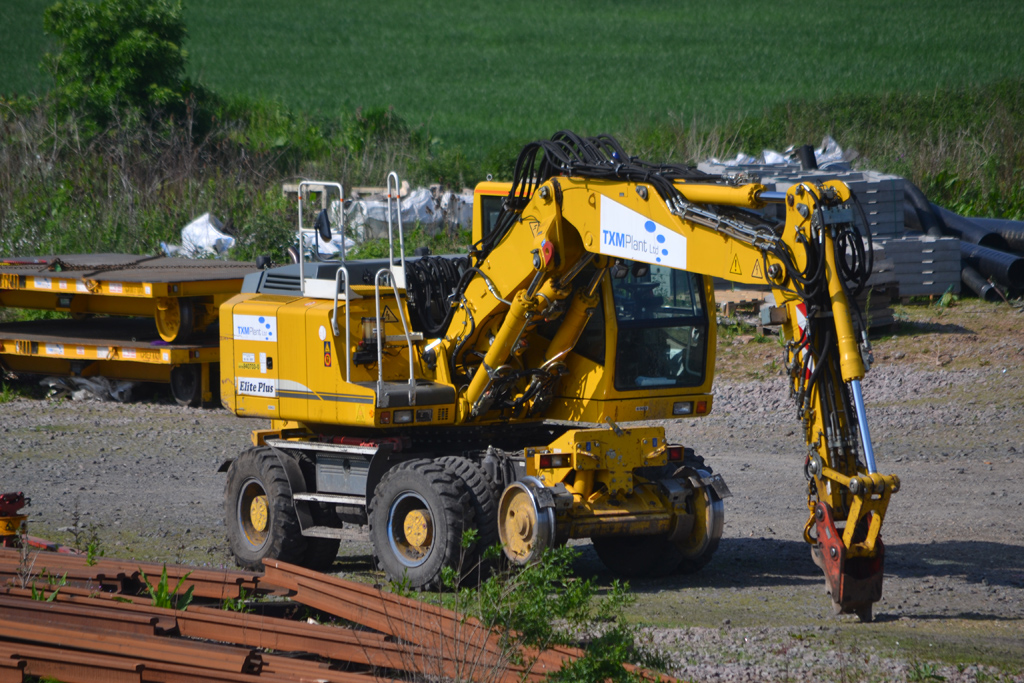 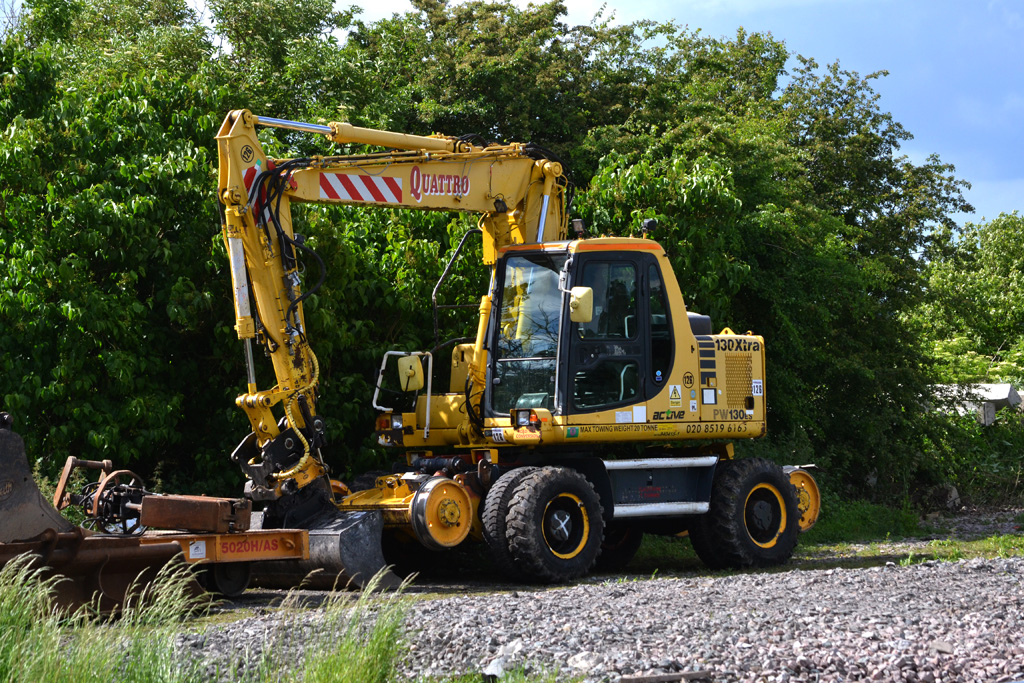 The engineering works on the line from Gloucester to Bromsgrove continued over the late May Bank Holiday which saw no less than six railway items use the Ministry of Defence exchange sidings at Ashchurch, Gloucestershire including Network Rail owned Plasser & Theurer tampers Nos.73111 and 73115 and ballast regulator No.77903. On Sunday 25th May the small yard at Pirton was also in use where Andrew Smith photographed Quattro owned road/rail model PW130 Xtra excavator No.226 (940415-1) and flat wagon No.5020H/AS (010596-3).