Halesowen was the principal town on The Halesowen Railway and there was an impressive station building as befitted this status. The station was opened by the Great Western Railway on 1st March 1878 and closed on 1st January 1960. 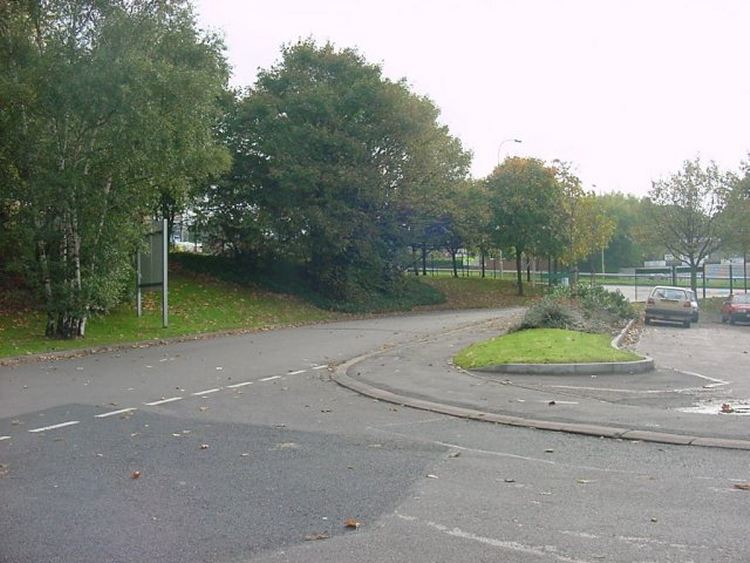 Nothing now remains to indicate the presence of a station at Halesowen as the whole site is now a large industrial estate. The approach road follows roughly the line and the station was just on the left side of this photograph. The road in the background is the main A458 road climbing towards Mucklow Hill. 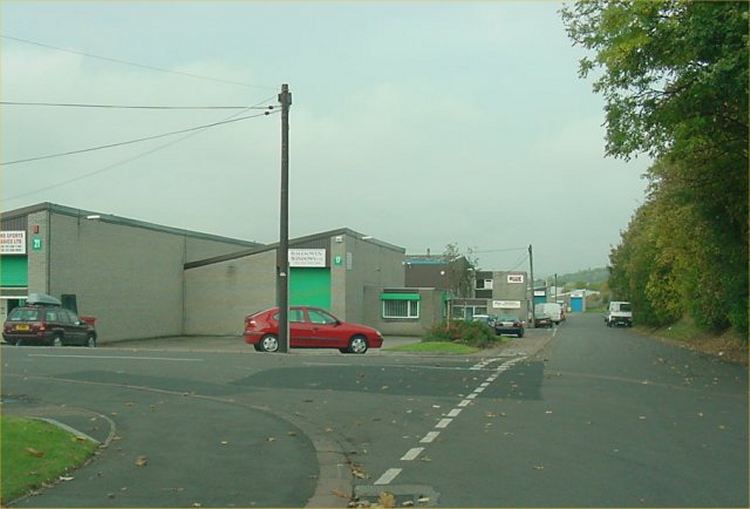 This photograph is the view in the opposite direction (towards Old Hill). The road down to the building with the blue door runs on the old trackbed. The red car is parked on the site of the goods shed. A short spur (opened 1902) into Halesowen canal basin was situated on the right hand side of this photograph. The canal basin sidings and the whole line from Old Hill to Halesowen closed on 1st October 1969.

All photographs taken by Andrew Smith on 20th October 2001.