Another day - another new logo.

First Great Western who took over operation of the express passengers services from London to Worcester and Hereford when the service was privatised provide further examples of publicity madness.

First Great Western replaced Thames Trains as the operator of local services on the OW&WR line from Oxford to Worcester on 1st April 2004 using the same classes of diesel multiple units its predecessor. The Thames Trains logos were removed and replaced. 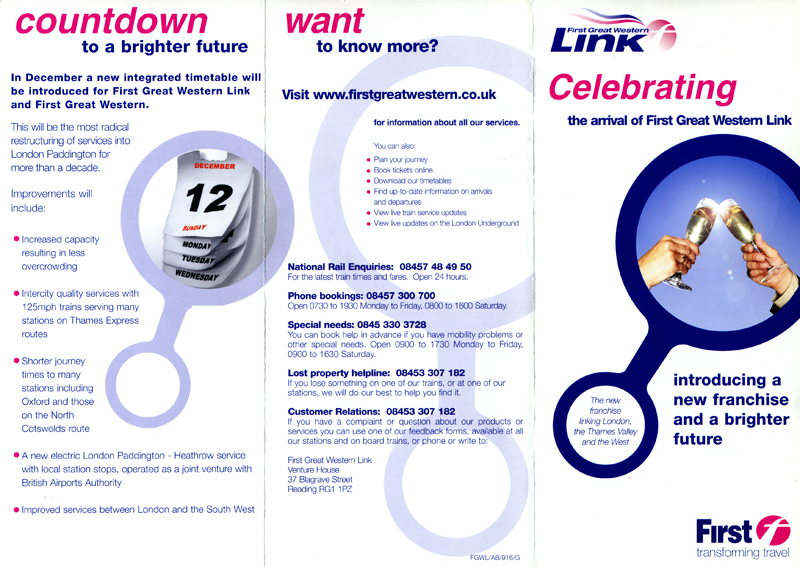 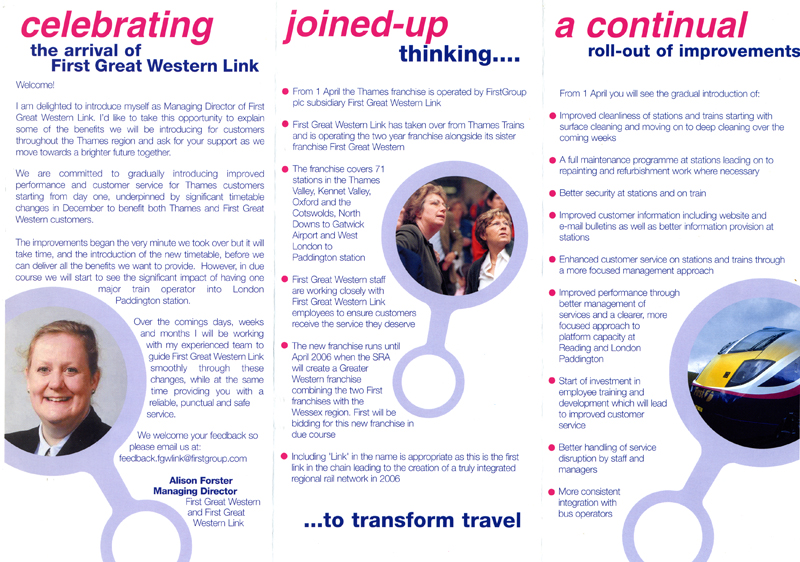 A blaze of meaningless slogans about 'a brighter future' and 'transforming travel' announced the arrival of First Great Western Link. First Great Western Link lasted just under two years. As the publicity itself say 'Including 'Link' in the name is appropriate as this is the first link in the chain leading to the creation of a truly integrated regional rail network in 2006. One wonders if they also describe the former British Railways regional rail network in such glowing terms. 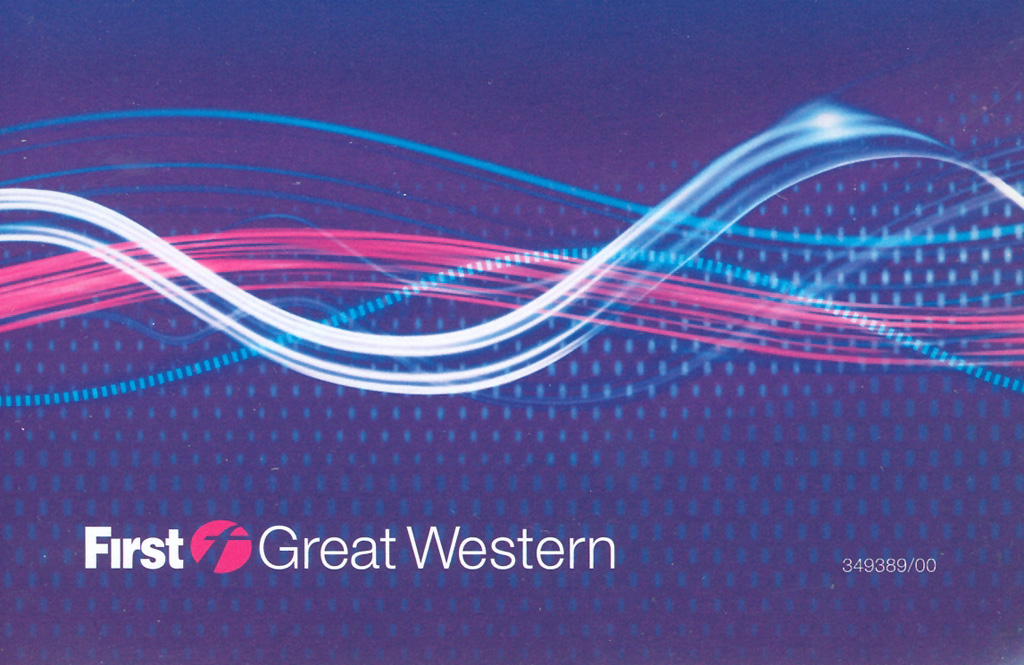 By 2013 First Great Western had settled for using a ghastly purple livery on all their rolling stock often accompanied by swirling blue, purple and white lines. This offering appeared on a leaflet advertising a text messaging service known as 'Journey Alert'

After a period of stability in its choice of livery it was all change again from 20th September 2015 when the company suddenly revealed a new dark green livery and a new marketing name of "Great Western Railway".