Fifty (50) class 58 Co-Co diesel electric locomotives, designed for heavy freight duties, were introduced in 1983. The locomotives were built at the BREL Workshops at Doncaster and from new they were painted in grey Railfreight Sector livery. They were withdrawn from service in 2002 and many were subsequently hired abroad. 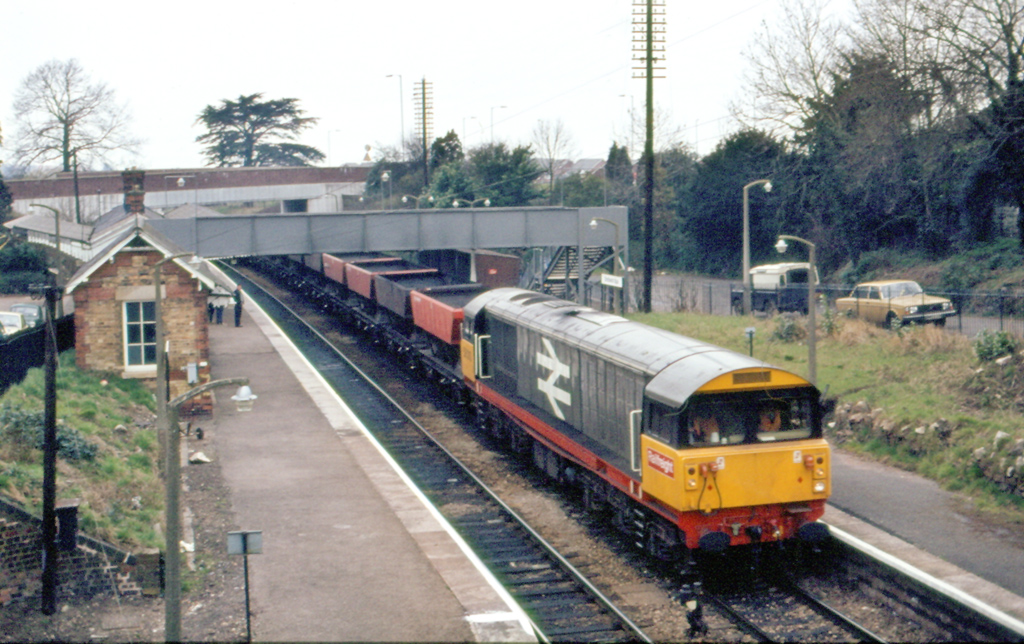 Class 58 diesel locomotive No.58010 at the station at Droitwich Spa on a crew training run from Bescot on 6th April 1984. Photograph taken by Robert Cooke. 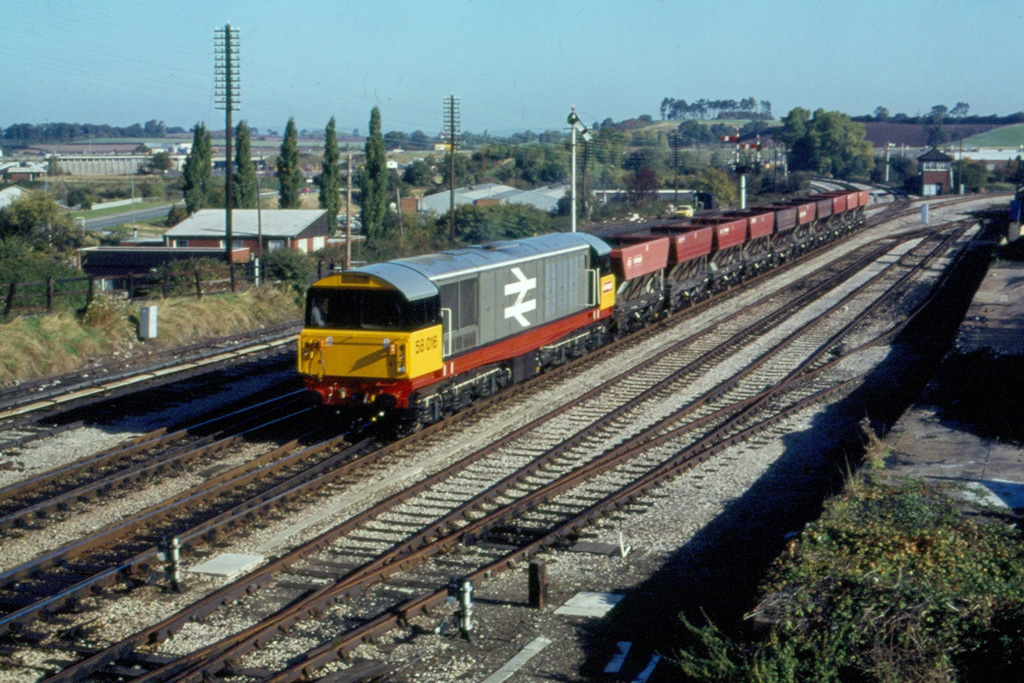 Class 58 diesel locomotive No.58016 passes the sidings that had served Underwoods coal depot. The consist is a short rake of empty coal wagons and the train is being used for driver training at Bescot. Photograph taken by Robert Cooke at Droitwich Spa on 10th October 1984.