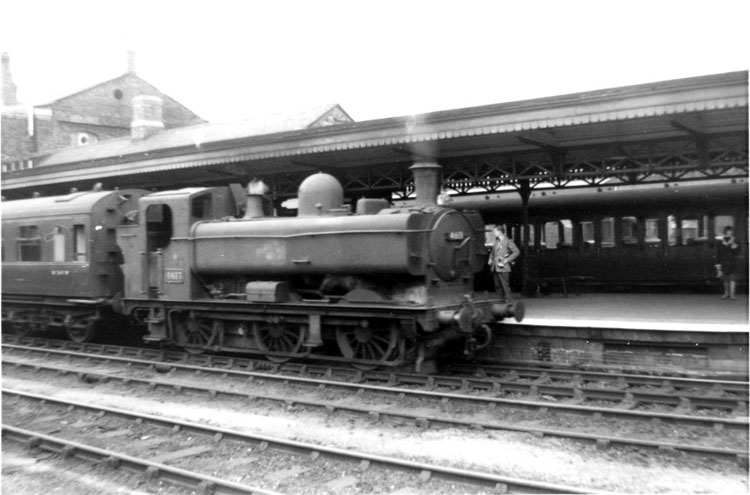 A youthful looking railway enthusiast is standing on Worcester Shrub Hill station's main 'down' platform on 9th May 1964 as the 1942 built Collett 0-6-0 pannier tank No.4613 stands at the head of a local train. No.4613 was a Worcester engine from new until withdrawn at the end of 1964. 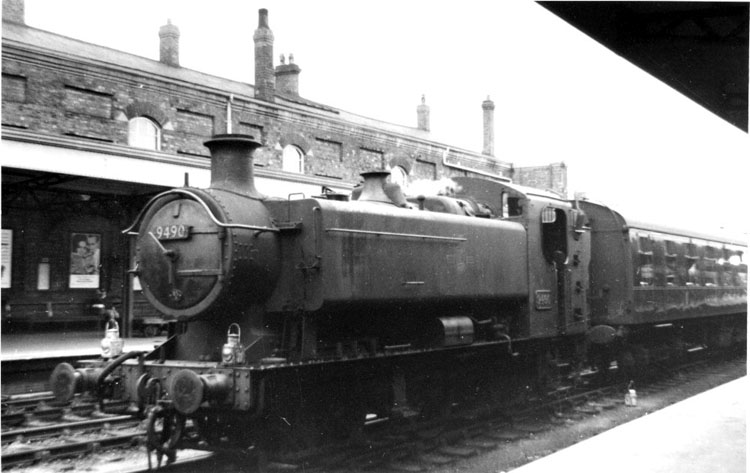 9400 class pannier tank No.9490 was built at Swindon in 1954 and was based at Worcester from March 1960 until withdrawn at the end of 1964. This photograph was taken on 9th May 1964 and shows the locomotive in one of the centre roads at Worcester Shrub Hill station. 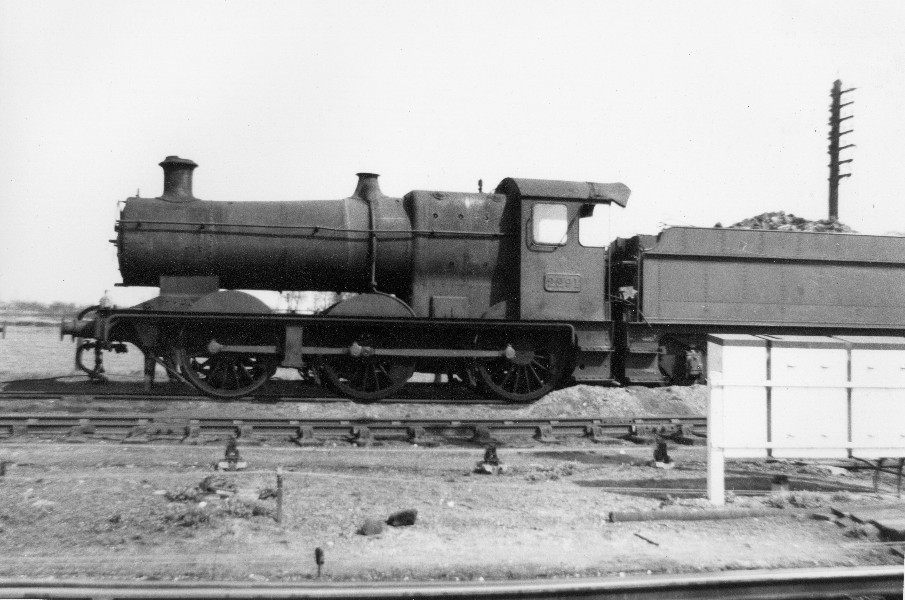 Ex GWR '2251 class' No.2291 of Worcester shed is probably the resident banker at Honeybourne when photographed on 11th April 1964. 120 of these diminutive 0-6-0 tender engines, designed by Collect, were built by the GWR in the 1930s and 1940s. No.2291 had only recently been arrived at Worcester from Swindon and lasted in service only until the great loco cull of Western Region steam locomotives in September 1964. 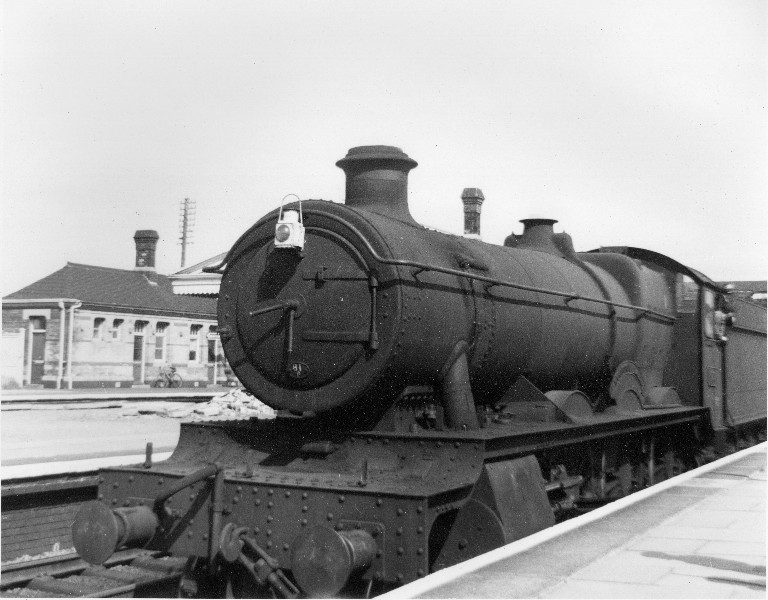 Oxford based ex GWR 'Hall' class 4-6-0 No.4979 'Wootton Hall' was a regular performer on the Oxford to Worcester line and is seen here in the summer of 1963. Already without a front numberplate the locomotive was withdrawn at the end of 1963 after 33 years in service. The locomotives was luckier than most on this site as it was sold to Woodham's of Barry for scrap but was subsequently secured for preservation. The other Wootton Hall is in Wootten Wawen, Warwickshire and was built in 1637. Rather confusingly there is another Wootton Hall in Northamptonshire. 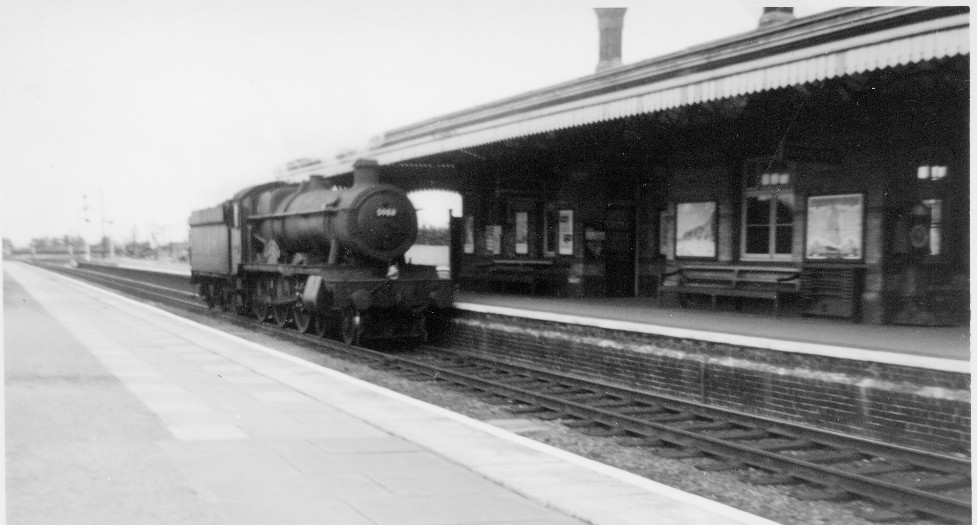 Drifting through Honeybourne Station light engine on 18th May 1963 is ex-GWR 'Hall' class 4-6-0 No.5988 'Bostock Hall' of Old Oak Common shed. No.5988 was later transferred to Tyseley shed from where it was withdrawn in October 1965. Bostock Hall is near Middlewich in Cheshire. 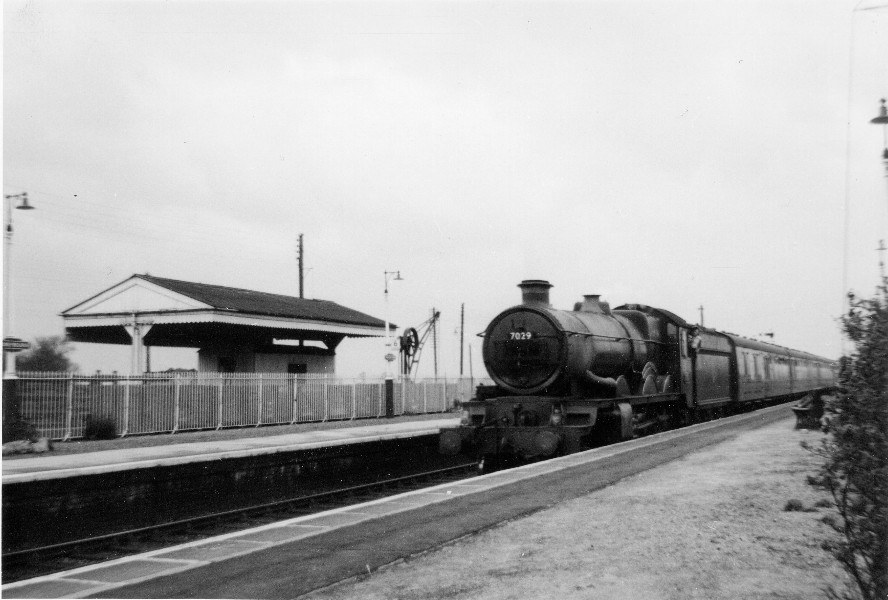 This is Swindon built 4-6-0 'Castle' class No.7029 'Clun Castle' on 11th April 1964. Around this time many 'Castle' class locomotives were being evaluated on express trains from London to Worcester in order to find out which of them would perform well on a proposed high speed run to the West Country in May. No.7029 was one of the locomotives selected for the special train. Full details can be found in Chapter 5 of David St John Thomas & Patrick Whitehouse's excellent book 'The Great Days of the GWR' (ISBN 0-946537-63-1) which was published in 1991. 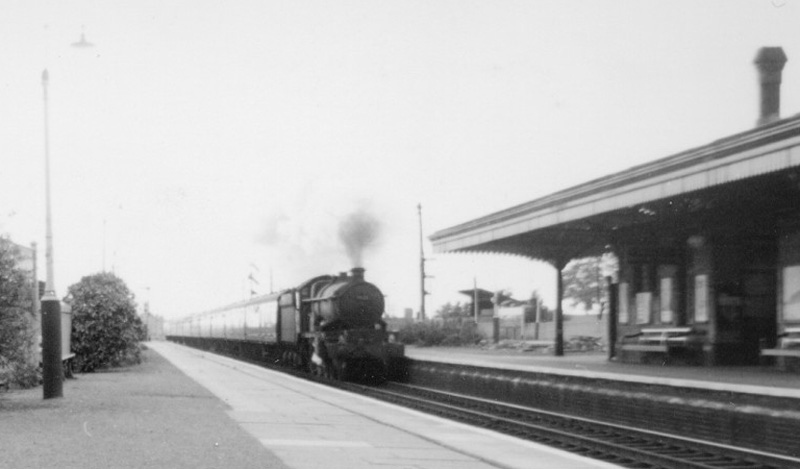 This is another Worcester based 'Castle' class 4-6-0 arriving at Honeybourne. No.7002 'Devizes Castle' was at Worcester from 1959 until withdrawn in 1964. The other Devizes Castle is in Wiltshire and it stands on the site of a much older wooden mansion. This photograph was taken on 27th April 1963 when steam still operated all express services on this line. 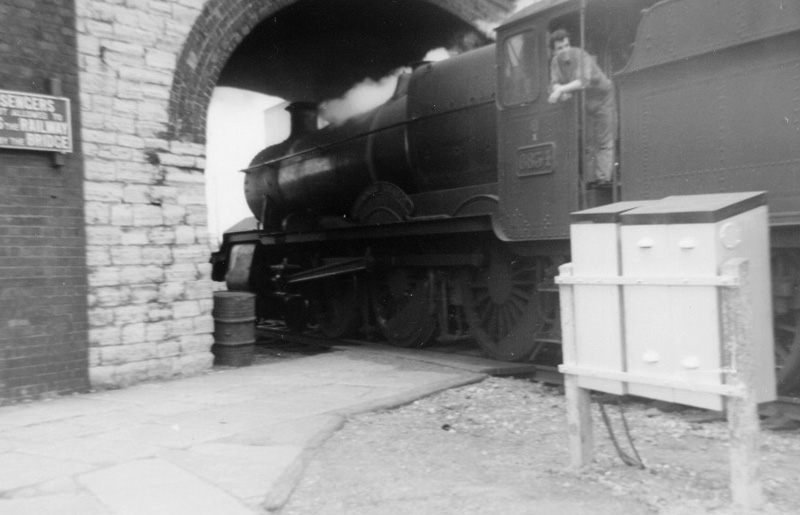 The driver of ex GWR 'Grange' class 4-6-0 No.6834 Dummer Grange' of Reading shed awaits the signal to depart from Honeybourne. Dummer Grange is about five miles from Basingstoke. 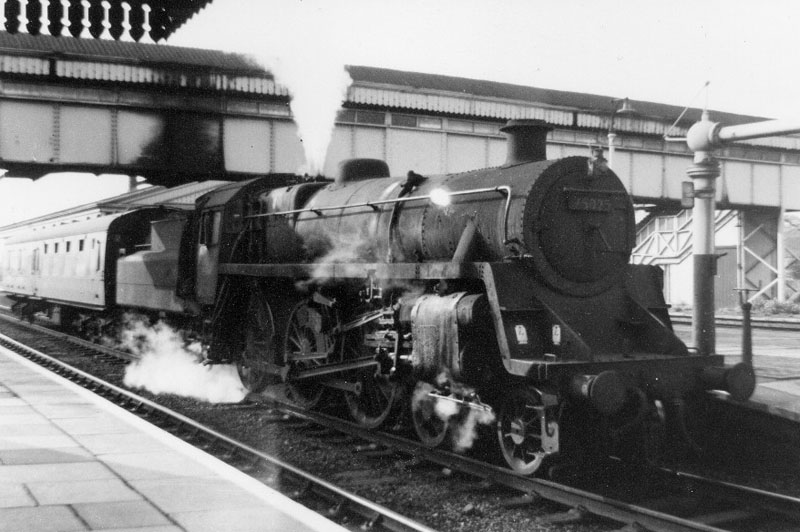 BR 'Standard' Class 4 4-6-0 No.75025 was a frequent visitor to the area and was based at Worcester on at least three occasions. It arrived for the last time in 1965 and was one of the final batch of engines in use at Worcester. This photograph was taken on 13th August 1965.

All photographs on this page are the copyright of Derek Parsons.