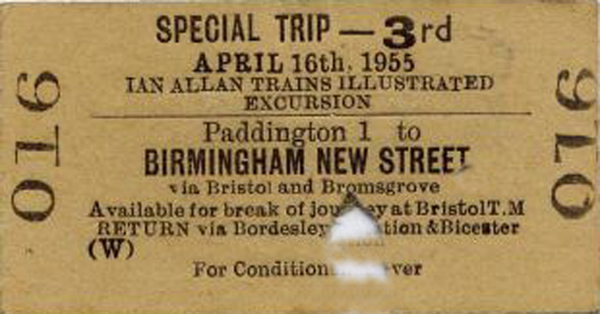 Bromsgrove was the operating headquarters for the Birmingham and Gloucester Railway and a large complex including a wagon repair shop and engine shed was built here. This became part of the Midland Railway and then the London, Midland & Scottish Railway (LMSR). On nationalisation the shed became part of the London Midland Region and was given a 21C code number. On 1st February 1959 it was transferred to the Western Region and was given the code number 85F (later 85D). 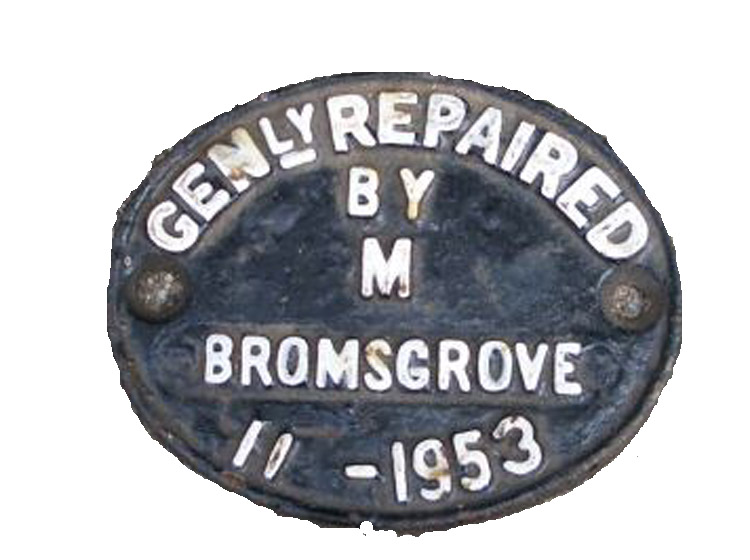 This is a close-up photograph of the plate of a wagon repaired at Bromsgrove in the 1950s (collection of MIAC).

Steam banking engines were based at Bromsgrove shed until the end of September 1964 when D69xx (later class 37) diesels based at Worcester took over. The first of these, No.D6938, had arrived at Bromsgrove at the start of July 1964. More recently these duties have been handled by a locomotive from Saltley (and since closure of the depot here the locos have been based at Washwood Heath) in the West Midlands. The steam locomotive shed at Bromsgrove was alongside the southbound platform.

Gerald Wadley visited the shed on 1st November 1959 when he recorded the following locomotives:

Former Great West Railway 4200 class 2-8-0 tank engine No.5226. This locomotive was allocated to Worcester shed but was most often to be found on banking duties at Bromsgrove.

Standard class 9F 2-10-0 tender engine No. 92231. The regular large banking engine was standard class 9F No.92079 but this was presumably away for overhaul at the time. No.92231 was allocated to Newport (Ebbw Junction). No.92079 had replaced the legendary Midland Railway locomotive 'Big Bertha' in 1956.

When Gerald re-visited Bromsgrove shed on 1st March 1960 he saw the following locomotives:

Another visit was made on 16th October 1960 when the locomotives seen were: 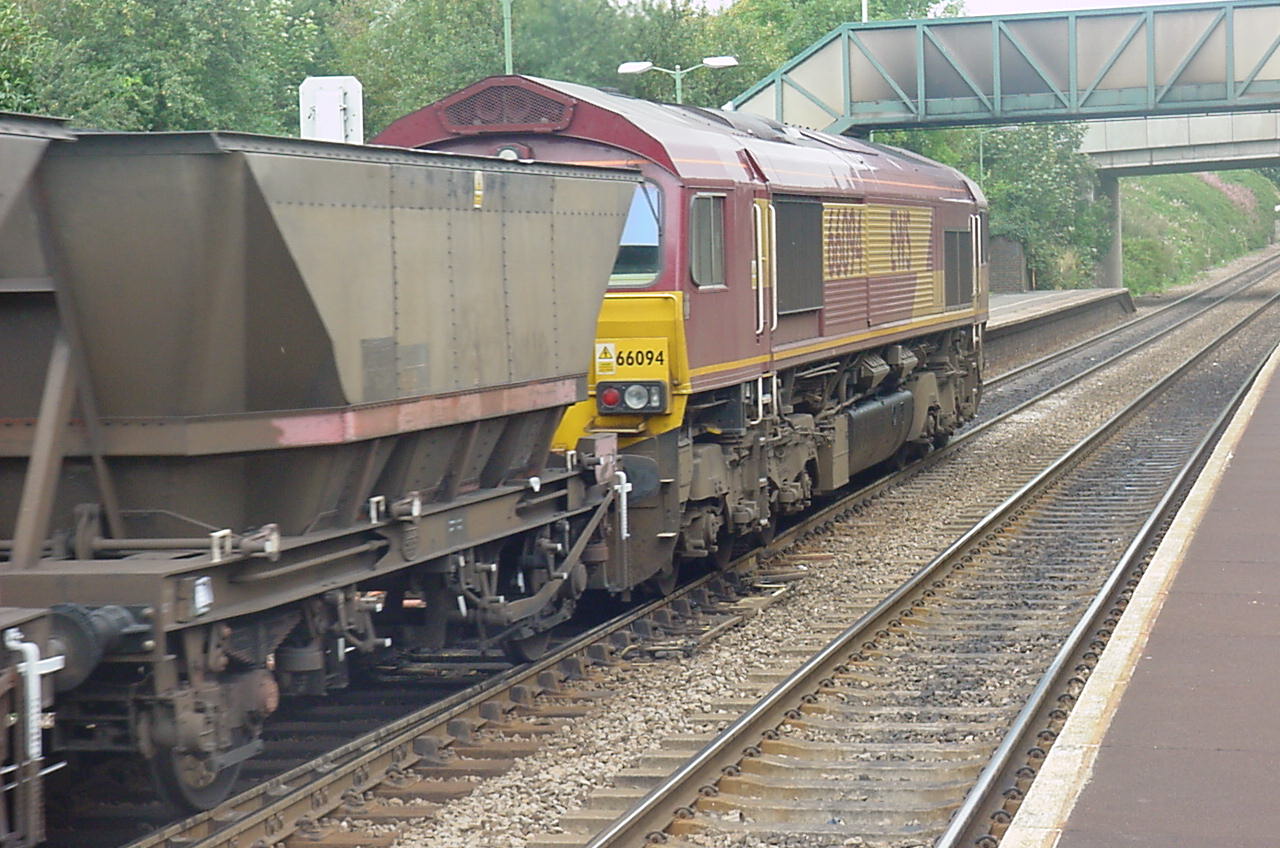 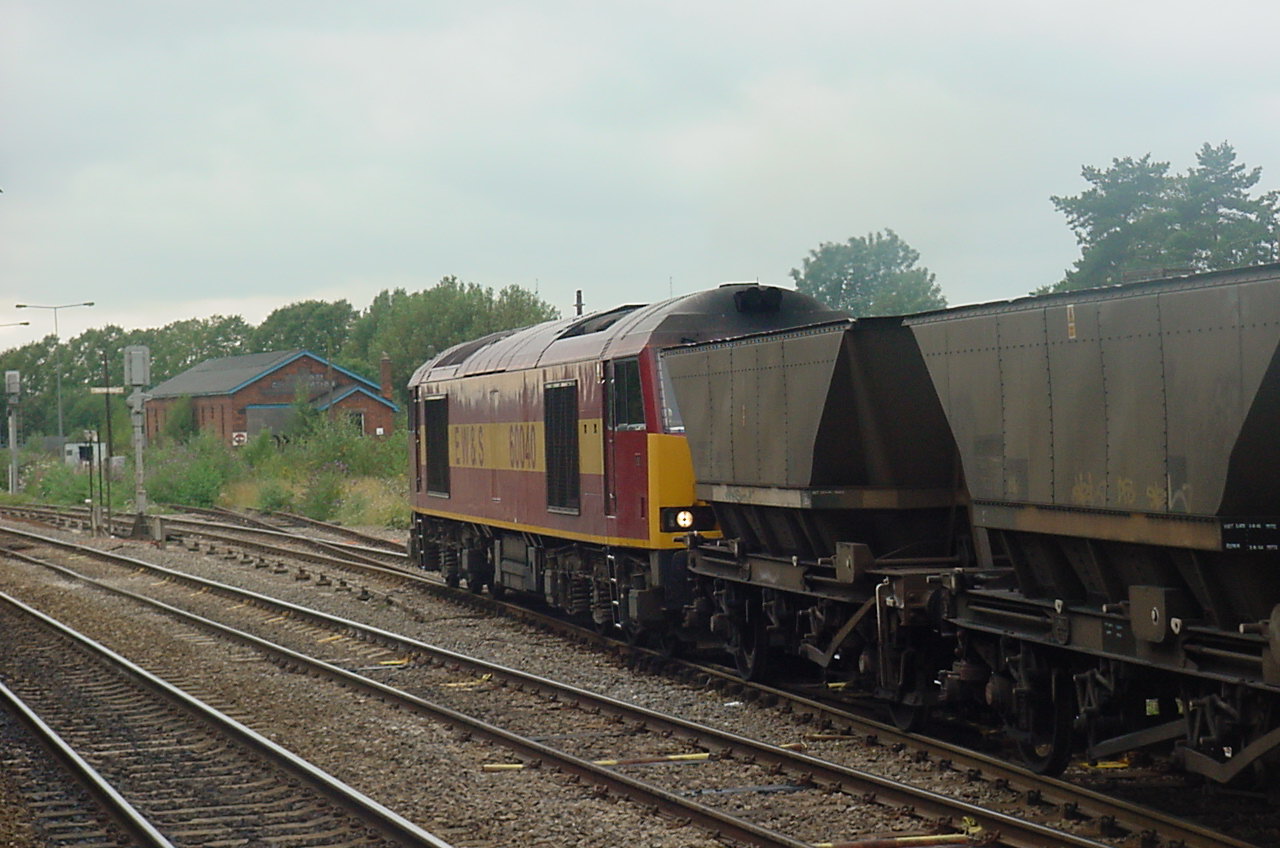 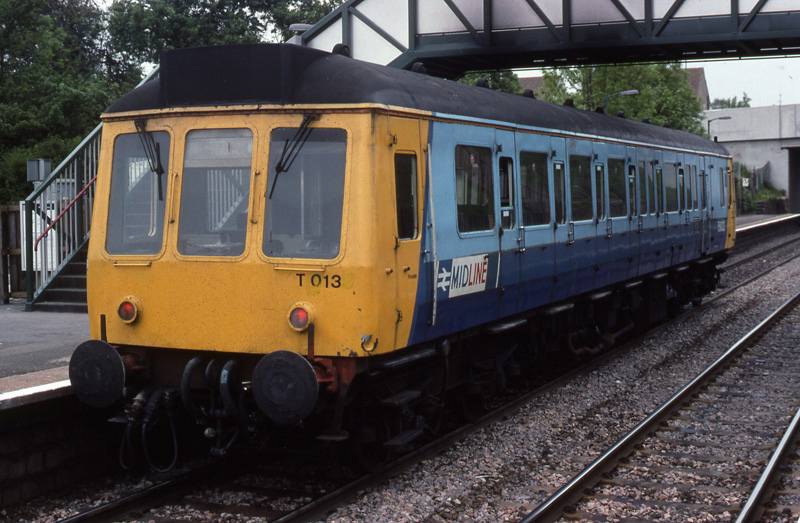 From a much earlier period single-car class 121 railcar No.55033 in the short-lived 'Midline' livery is at Bromsgrove on 25th May 1991. On 21st January 1989 this unit disgraced itself by running away on the Stourbridge Branch and crashing through the buffers stop at Stourbridge Town Station. Network Rail has announced plans to close the station here and to relocate it slightly further to the south. Photograph taken by Andrew Smith. 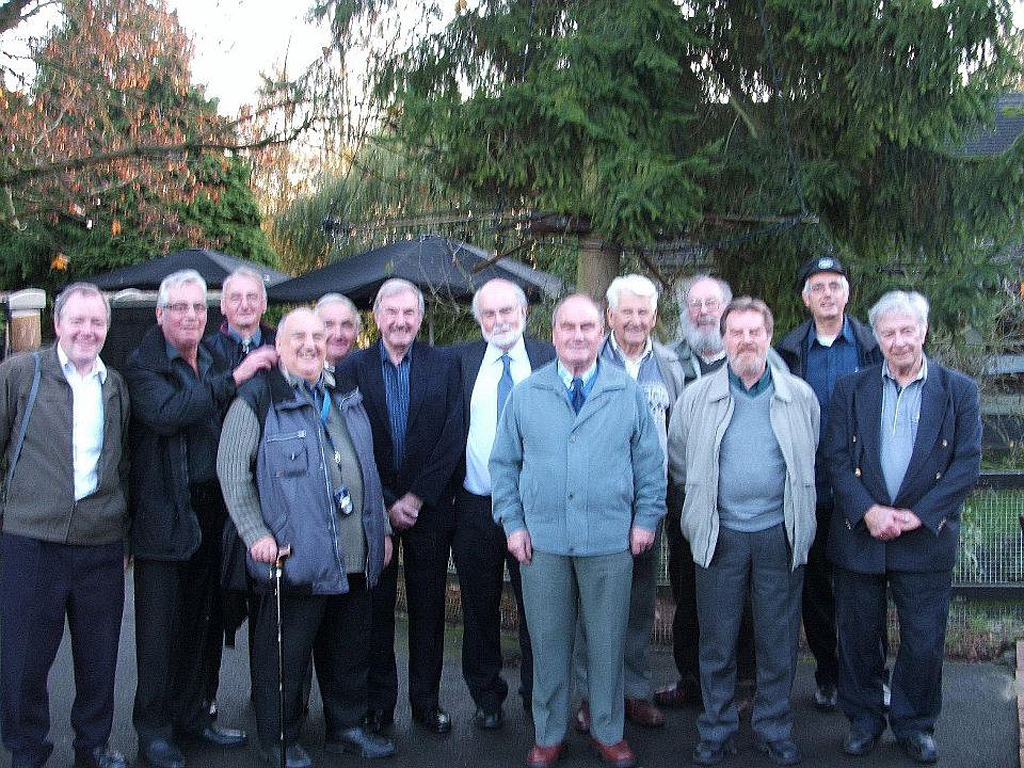 A number of Bromsgrove men have moved to Worcester over the years and so have attended the 85A reunion. It was thought by some that it was about time Bromsgrove had a reunion of its own, and so on the 22nd November 2011 thirteen former footplatemen gathered at the Washford Mill Inn in Redditch for the first Reunion Lunch. It was a big success with some travelling up from as far as Westbury. Many of us had not met for more than forty years and plans are in hand for another reunion. From left to right are Bob Dunn, Keith Hargreaves, Mick Wood, Alan Spencer, Richard Gibbon, Daryl Lucas, Phillip Marshman, Barry Troth, Gordon Russell, Sid Usher, Mick Richardson, Ian Tipper and Pat Wallace. Photograph and information supplied by Ian Tripper.