In 1940 the premises of Cadbury Brothers Ltd at Blackpole were requisitioned for use in the war effort. The site was used for a Royal Ordnance Factory (ROF)

A new Manning Wardle locomotive (No.2025) had been delivered new to Cadbury's site at Blackpole in 1923 and it is thought that this locomotive continued to be used here. However with the factory in use 24 hours a day the War Department presumably felt the need for additional motive power because a new locomotive was ordered for use in the factory. This locomotive was: 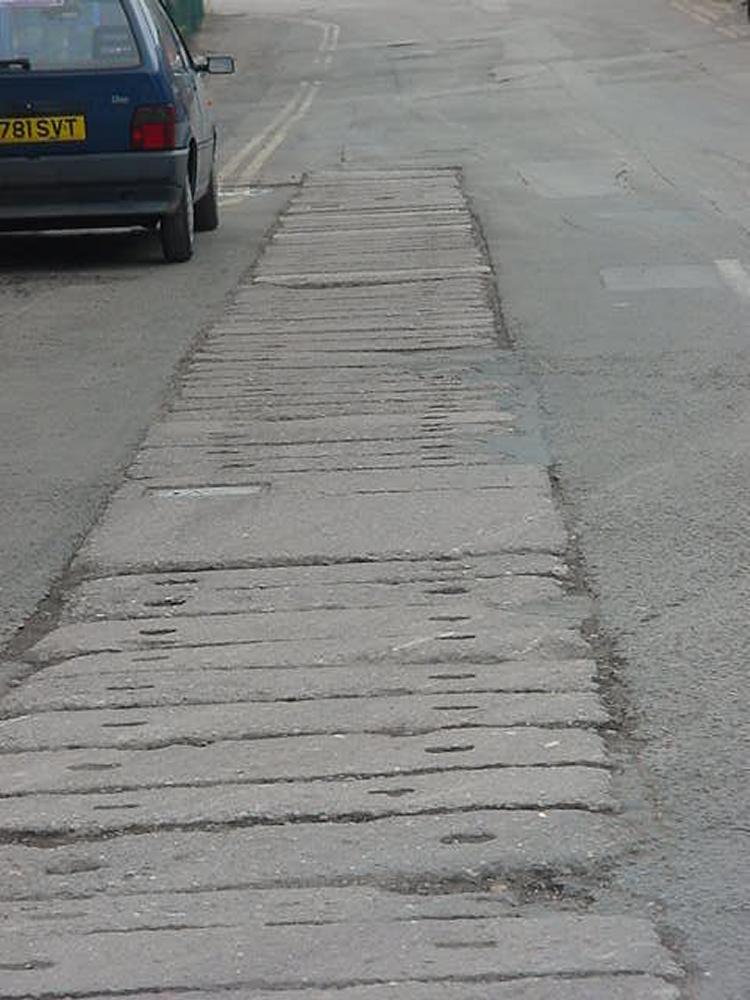 This is thought to be sleeper bases left over from the old narrow gauge system. Anecdotal evidence from people who worked here during this period suggest that the narrow gauge railway was still in use but that the railway was by this time worked by hand. This photograph was taken by Andrew Smith on 21st September 2001.

The ROF.site was handed back to Cadburys in 1946.