The single cab was located at one end of the locomotive. This made visibility poor for the driver which made them difficult to operate when the driver was trying to look right along the length of the bonnet, so more often than not they ran as pairs with the cabs placed at opposite ends. Their use in Worcestershire was never prolific. but as many locomotives were allocated to Toton Depot in Nottinghamshire they were seen from time to time. 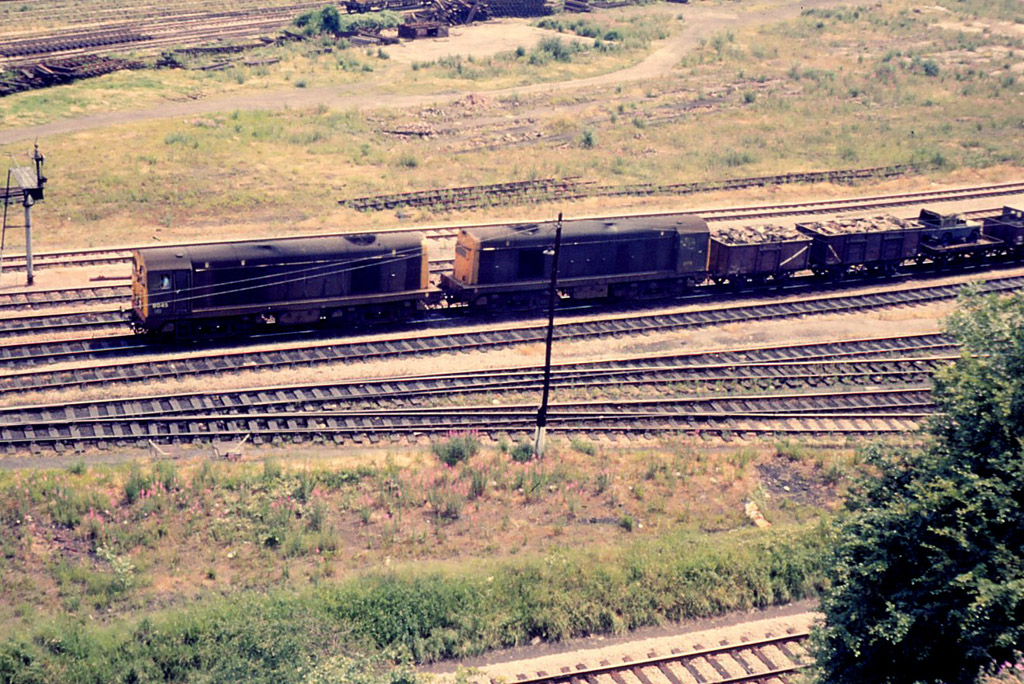 This photograph which was taken from 'Railway Walk' in Worcester shows two different styles of front ends on the class 20 diesel locomotives. At the front of the train is No.D8045 which does not have a four-aspect headcode panel on the front in contrast to the later No.D8170 which is coupled behind. By operating the locomotives as pairs the visibility for the driver was greatly improved. Photograph taken by Pete Wilcox on 4th July 1973.

Amazingly the only other photograph of class 20s on this site is a similar combination with the No.D8170 (as No.20070) once again being the one coupled inside the other class 20 which in this case is No.20013. The photograph shows a railtour on 17th June 1978 on the single track section of line between Droitwich Spa and Stoke Works. Photograph taken by Andrew Smith. 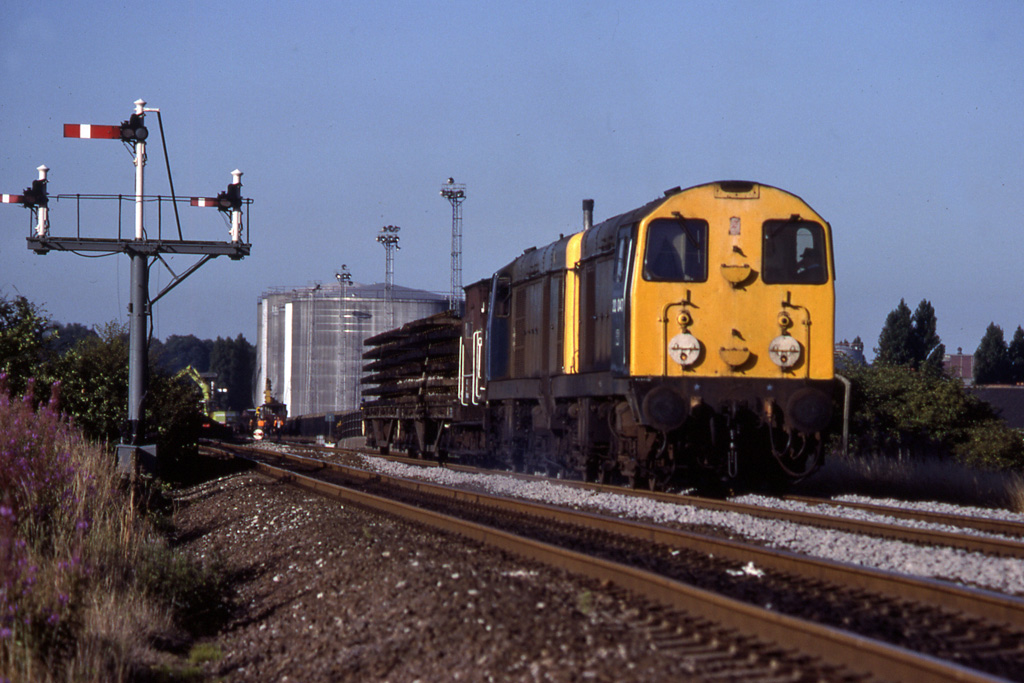 On a very sunny Sunday morning in July 1983 the railway tracks at Rowley Regis were relaid. One of the engineering trains was hauled by this pair of class 20 diesel locomotives. At the head of the train was No.20047 with No.20134 coupled inside. 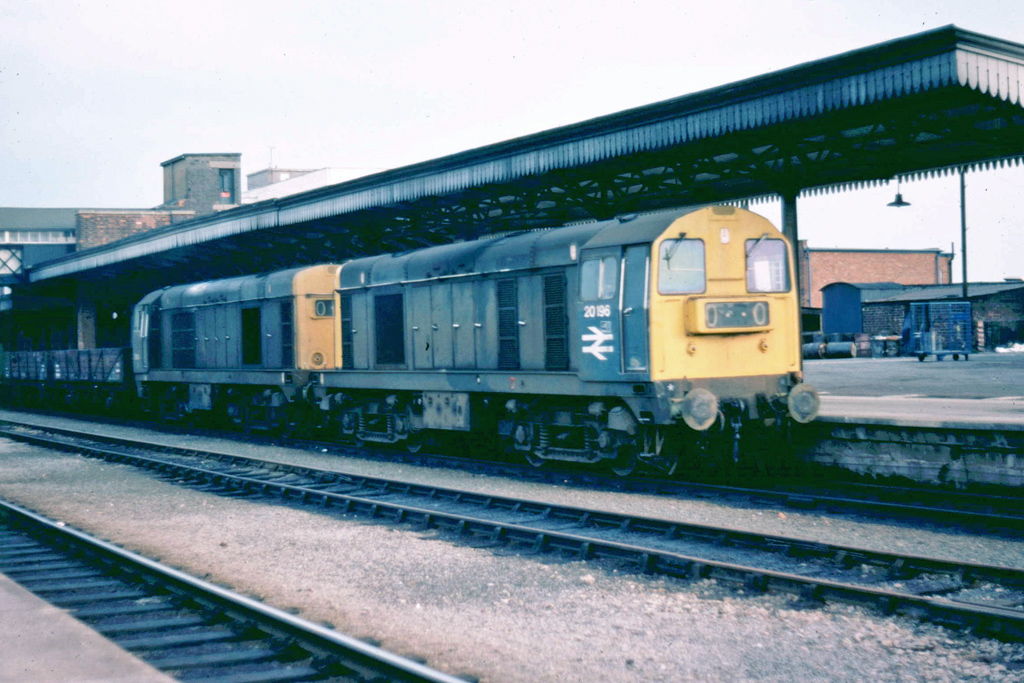 On 20th June 1978 class 20 diesel locomotives Nos.20196 in blue livery and 20141 in green livery had charge of a northbound freight. The pair are seen passing through Worcester Shrub Hill Station. Photograph taken by Keith Riley 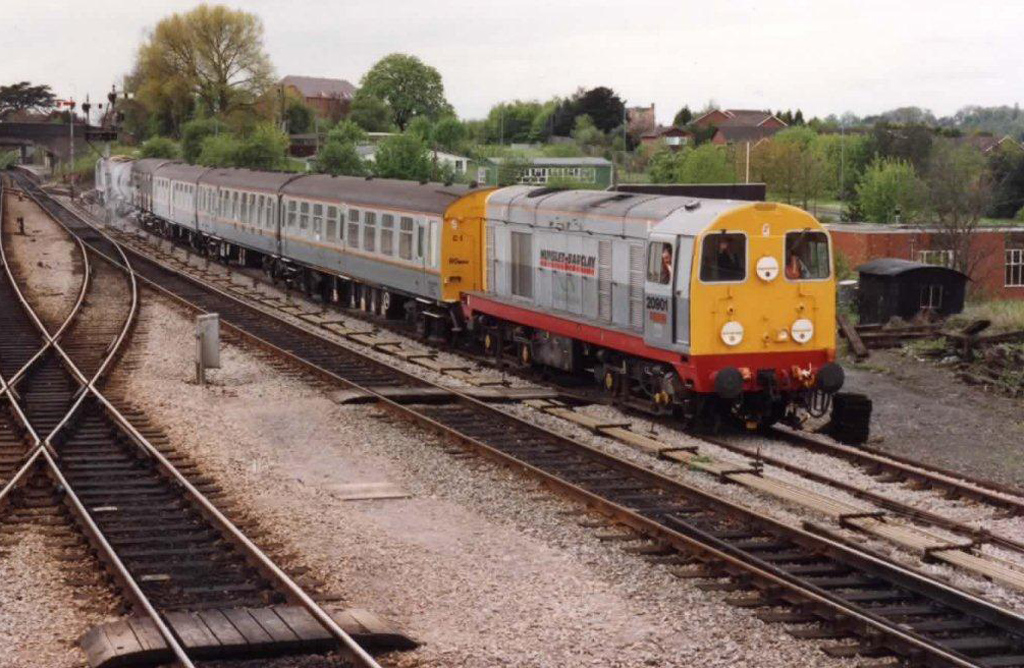 During its visit to Worcestershire in 1982 the weed-killing train was photographed in the 'down' siding at Droitwich Spa. Motive power for the train was Hunslet-Barclay Ltd owned class 20/9 diesel locomotives Nos.20901 (ex No.20041) and 20904 (ex No.20101). Photograph taken by Richard Atkinson.