The 'Hymek' class 35 diesel locomotives were ideally suited for use on services from London to Hereford and much loved replacements for the ex-GWR 'Castle' class steam locomotives that they replaced in 1963/64.

One hundred and one (101) locomotives were built by Beyer Peacock at Gorton, Manchester. The first to arrive at Worcester for crew training duties, as confirmed by Gerald Wadley's notebooks (see below), was No.D7076 of Cardiff Canton shed. Gerald first recorded this locomotive at Malvern Link on 13th May 1963. Other of the same class were recorded later that week. 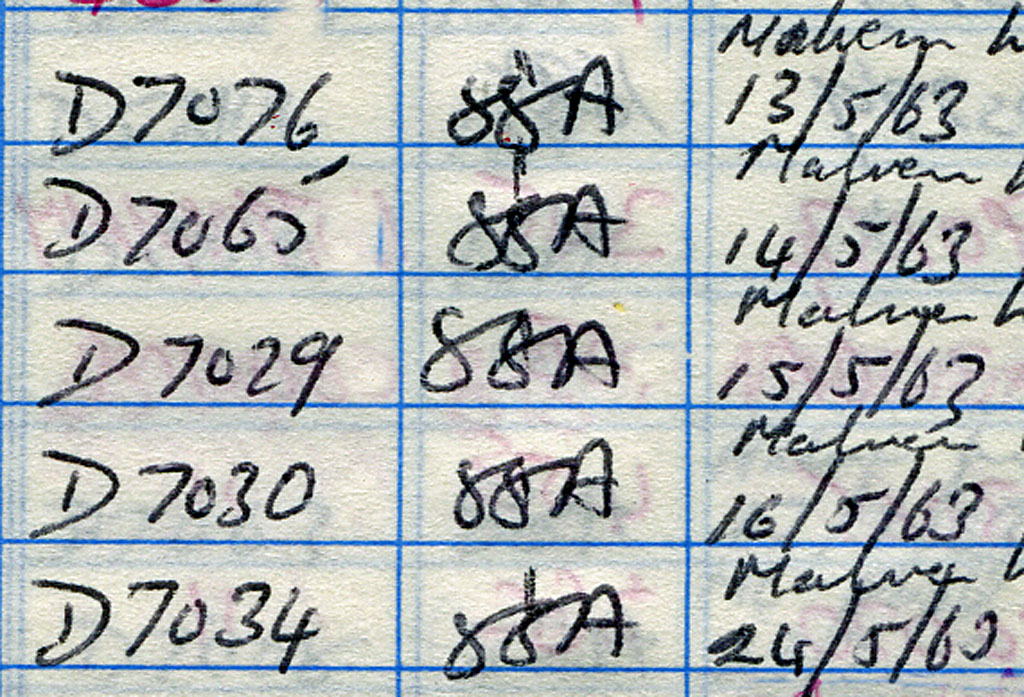 The above extract from Gerald Wadley's notebooks records the arrival of the 'Hymeks' at Malvern Link in May 1963.

The 'Hymek' diesel locomotives took over about half of the Paddington express services during the Summer 1963 timetable but were still working to steam locomotive schedules. The premier train on the line was known as 'The Cathedrals Express'. 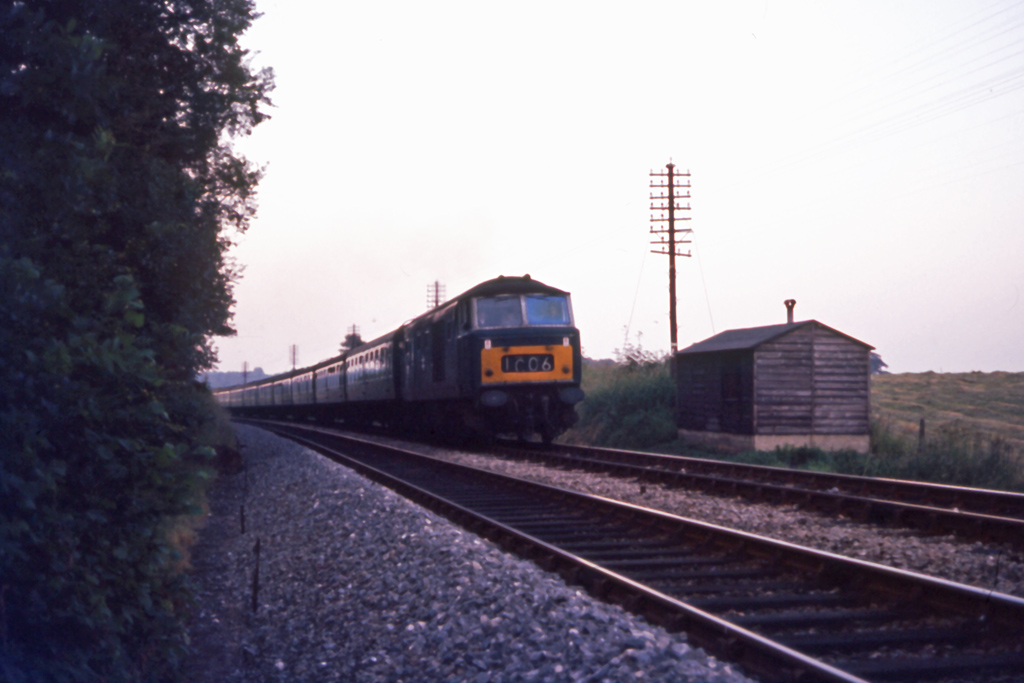 Class 35 'Hymek' diesel hydraulic locomotive No.D7046 approaching Newland on 7th July 1971 with a train from London Paddington to Hereford. After less than ten years in service No.D7046 was withdrawn in 1972 and scrapped at Swindon Works. Photograph taken by Andrew Smith. 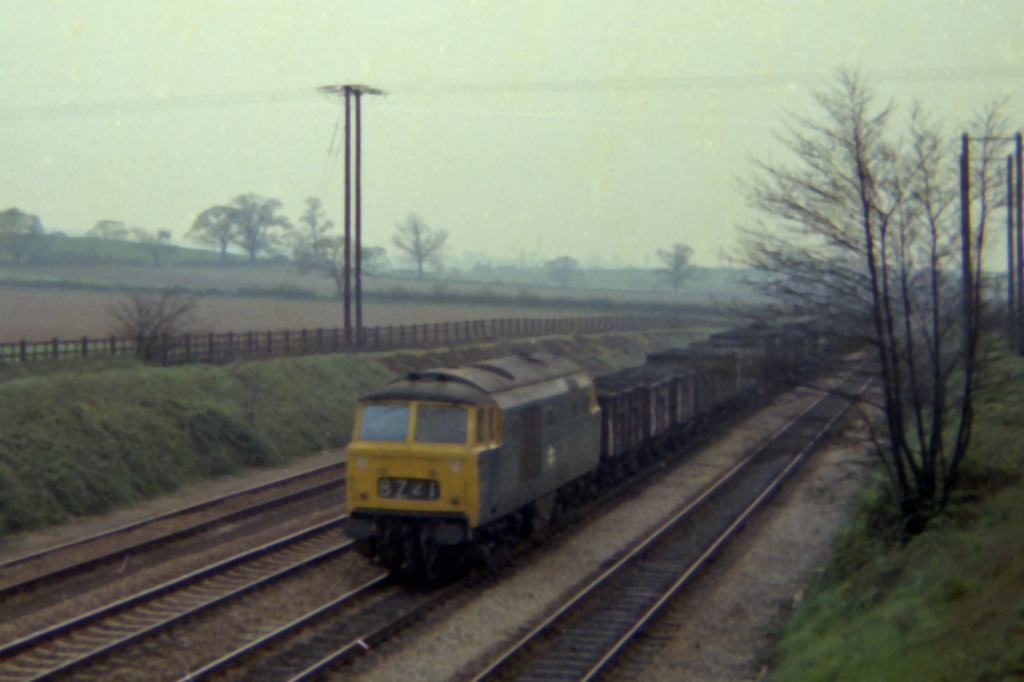 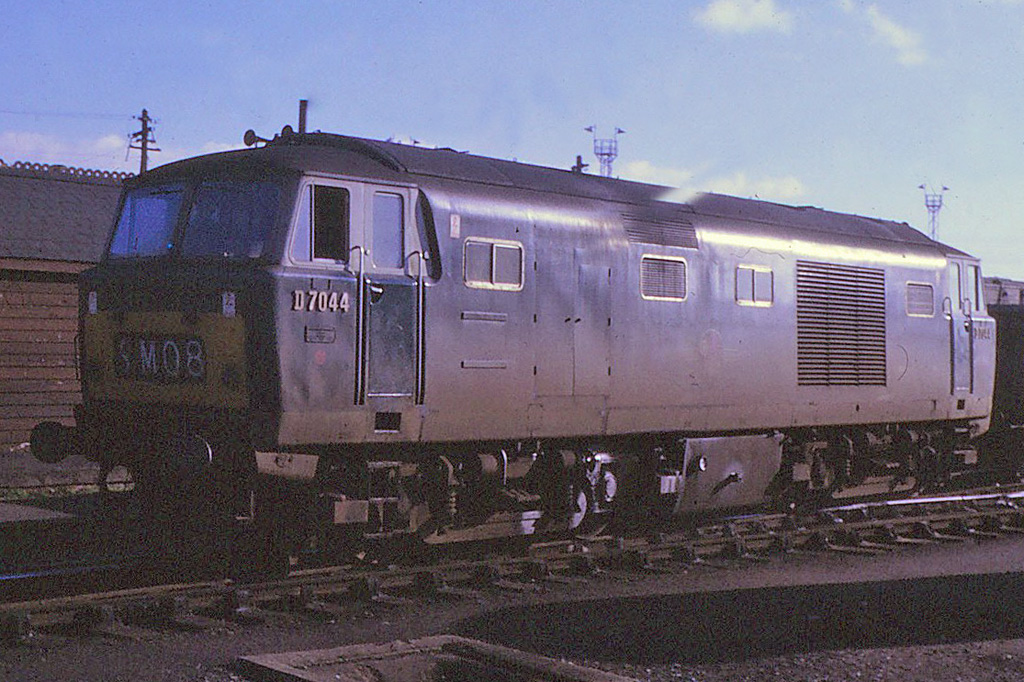 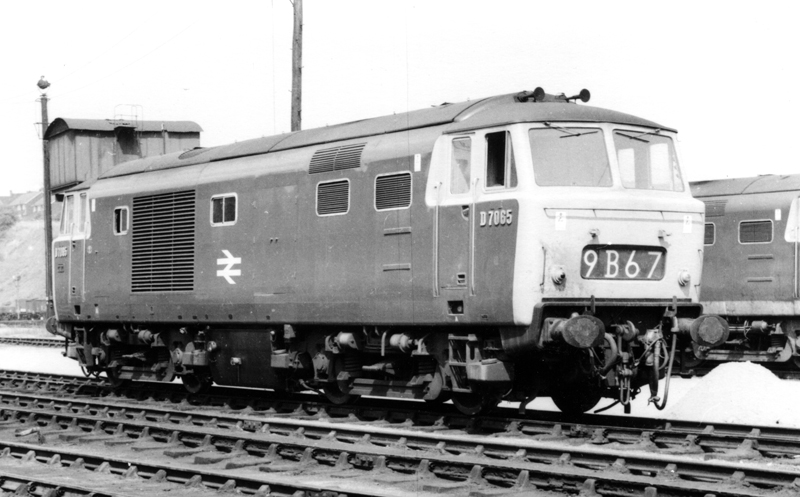 The photograph above, taken by Adrian Booth, shows No.D7065 in the yard at Worcester shed on 26th July 1968. Another example of the same class is behind. 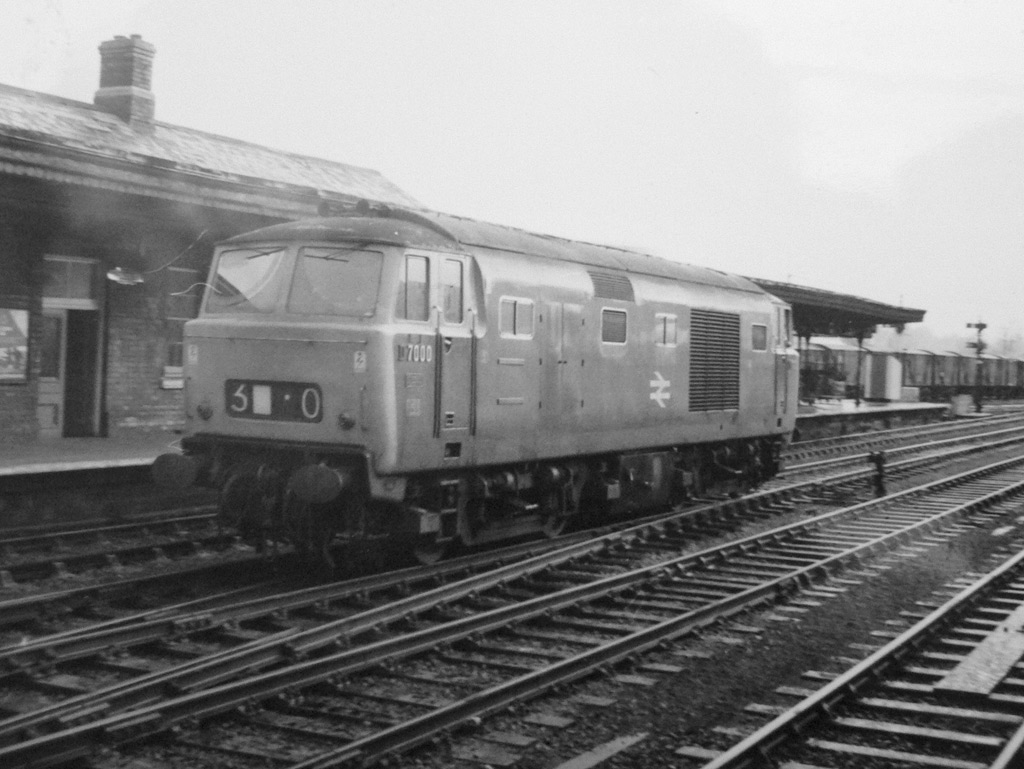 The first 'Hymek' class locomotive No.D7000 (with the 'D' painted out) in one of the pair of centre roads at Worcester Shrub Hill Station. The really interesting feature of this photograph is the long removed set of points providing access to and from the 'Up' platform. Photograph by Robert Cooke. 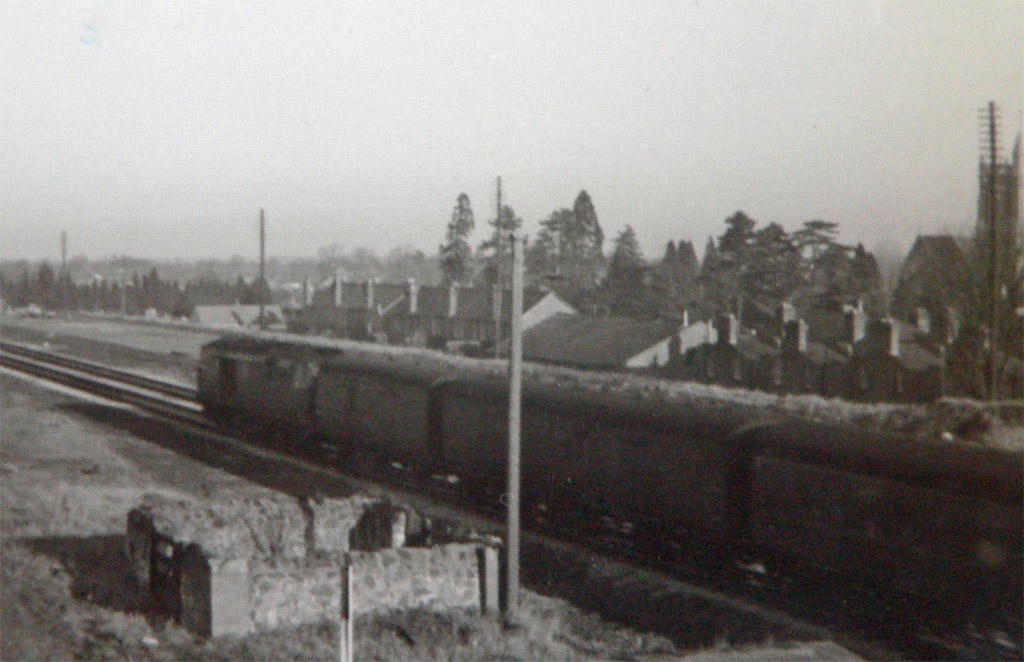 This rather grainy photograph taken on 31st January 1967 from the bridge that carries Lower Howsell Road over the railway shows 'Hymek' class 35 locomotive No.D7008 at the head of the 11:01 service to London Paddington. The 'Hymek' would without doubt be removed at Worcester Shrub Hill together with the two parcels vans. The photograph is the copyright of Robert Cooke.