ON TRACK PLANT IN WORCESTERSHIRE IN 2012

On Sunday 1st April 2012 a half mile long section of the 'up' line at Newland was replaced using contractors working for Amey Colas who utilised Network Rail (formerly Hydrex Ltd) on track plant. 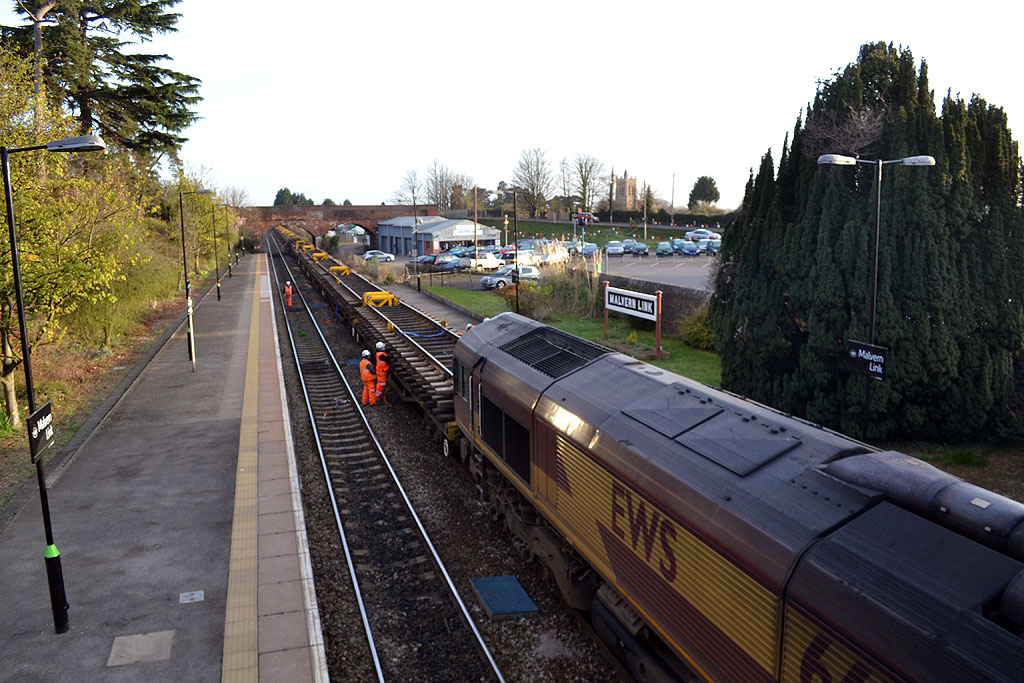 Class 66 diesel locomotive No.66112 at Malvern Link Station with a train of 'Salmon' type wagons containing the old track panels that had been removed from the 'up' line at Newland. The train (code No.6W01) had come from Bescot and took the redundant track to Westbury. Just visible under the road bridge is the Amey Colas temporary plant depot in the old 'down' side goods yard. 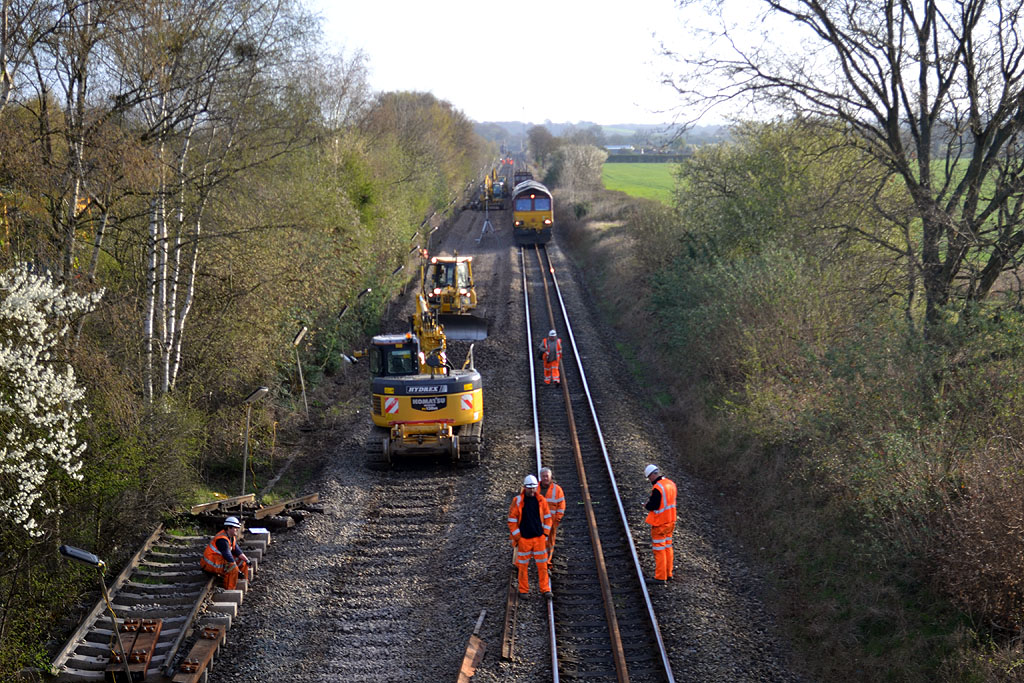 Class 66 diesel locomotive No.66167 had also come from Bescot (train code 6W02) but this train contained new metal sleepers which were unloaded by the track machines. The trees on the left hand side hide the site of the former Newland Gas Works. 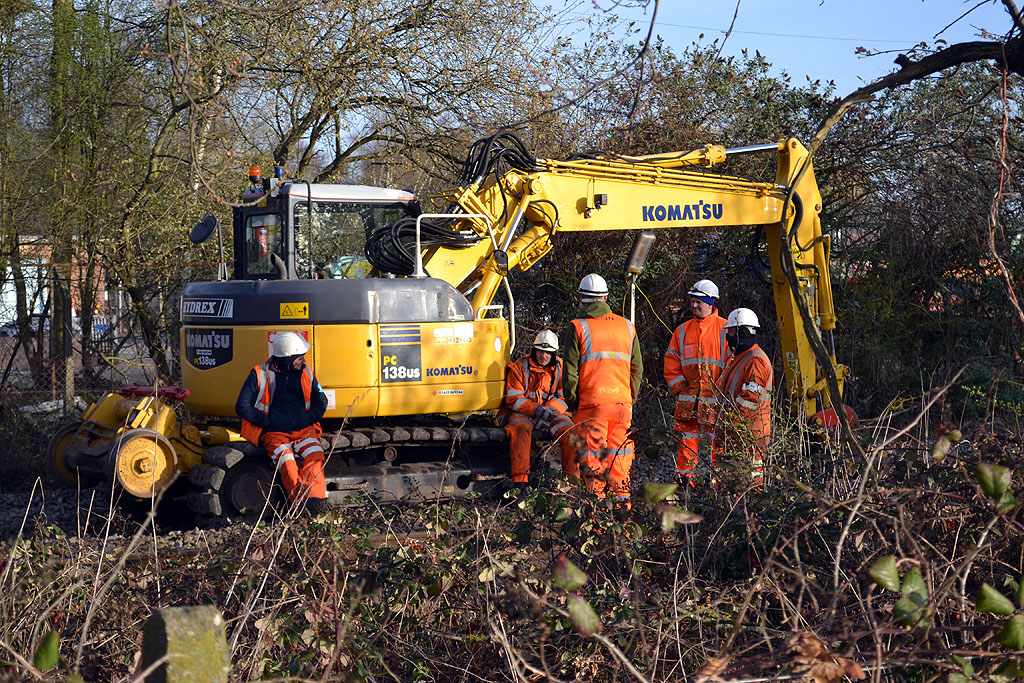 Komatsu type PC138us multi-purpose crawler excavator No.911214-3 at Newland together with some of the personnel taking a well earned break after clearing the old track away from the site. Three units of this type were used during the possession. 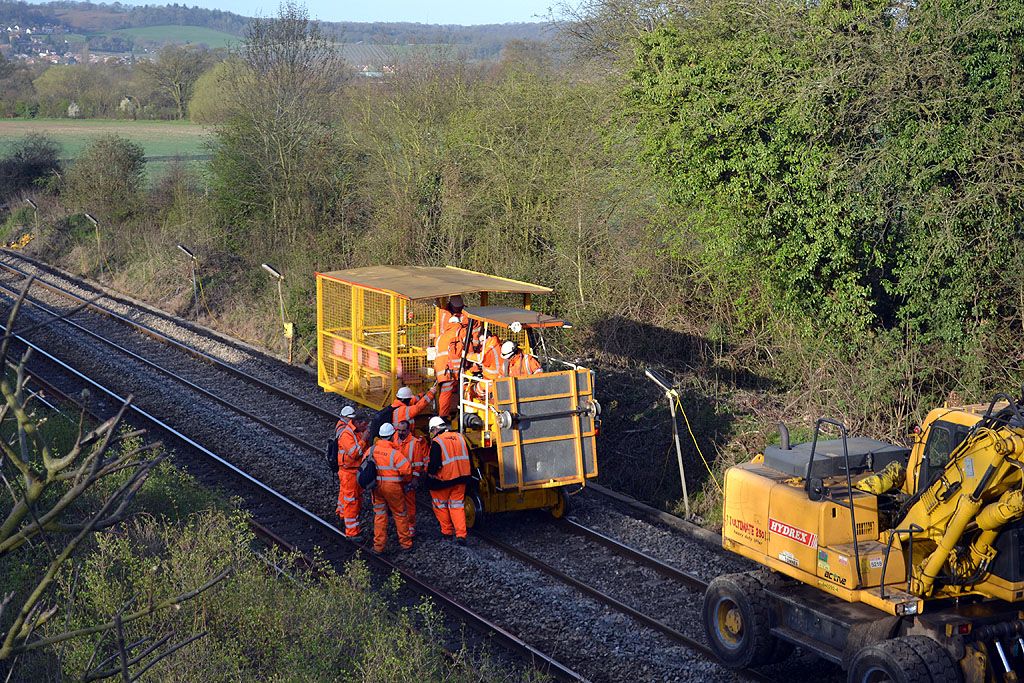 Rexquote/Thwaites 5 tonne personnel carrier No.943001-6 operated a shuttle service from the plant depot at Malvern Link to the site at Newland. The other item in the photograph is Philmor Rail/Komatsu PW150 Ultimate 250 multi-purpose lifter/excavator No. 940292-4. 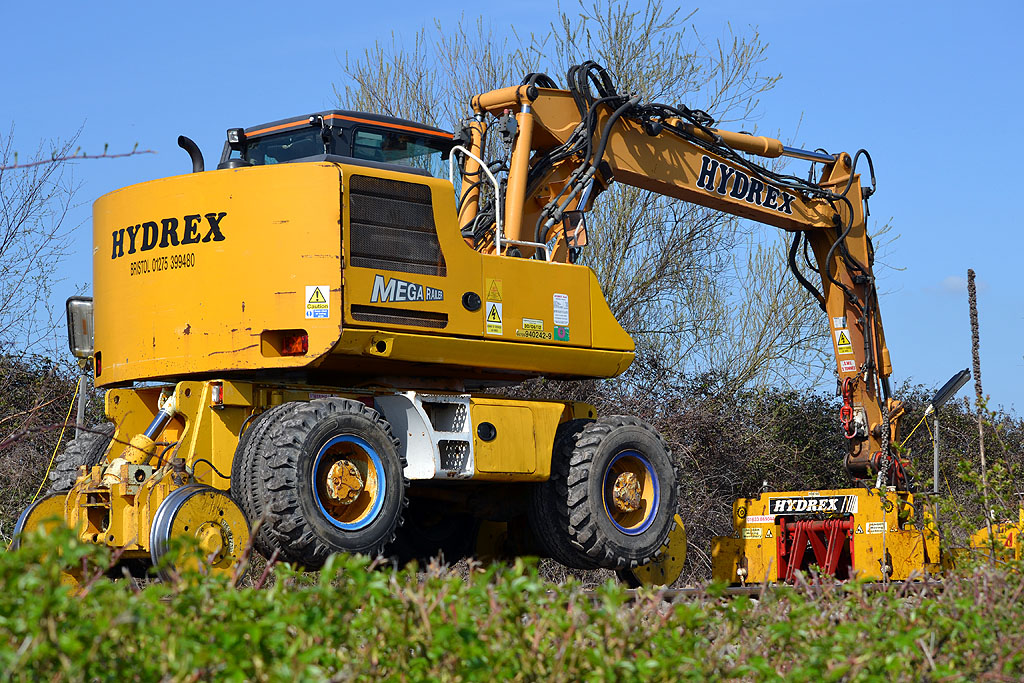 This is Philmor Rail/Komatsu PW150 Ultimate 250 multi-purpose excavator No.940242-9. Like all of the on track plant on this contract it was branded as 'Hydrex' but this operator went out of business in November 2011 and the assets were purchased by Network Rail which vested it in a subsidiary business known as NDS Plant. 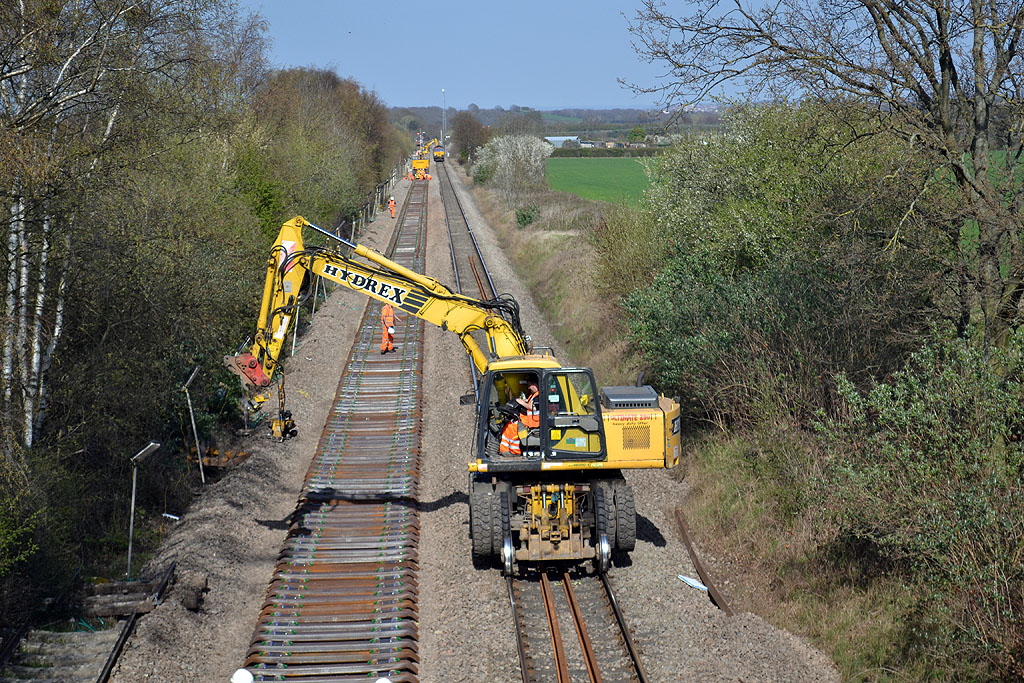 After all of the sleepers had been put into place No.940292-4 was employed to slew the sections of track (visible beneath the plant machine) into place on the 'up' line. In the distance is the ballast train hauled by class 66 diesel locomotive No.66170 which had arrived from Bescot with train code No.6W03. The wagons were mostly yellow livery JNA type. Matisa class B 41 UE tamper No.DR75407 in Colas Rail livery arrived around 15:00 and was held opposite the plant yard at Malvern Link until the ballast had been put into place.