The station at Pershore, located over a mile to the north of the town, was opened by the Oxford, Worcester and Wolverhampton Railway in 1852. Subsequently a typical Great Western Railway style station, since demolished, was built complete with awning and covered footbridge.

In 1941, a large RAF base was built just to the north of the line near to the village of Throckmorton. The base was used to train Canadian bomber crews of No.23 Operational Training Unit during World War Two. The flight crew from a Wellington bomber of No.23 O.T.U. that crashed in 1943 is buried in the nearby Pershore Cemetery. After the war the base had various military uses including a dispersal site for 'V' bombers although none were based there. The base continued in use until 1978. The Government caused much controversy in the locality by first burying the carcasses of animals slaughtered in the 2001 Foot and Mouth disease epidemic and then with a ridiculous proposal to build a large centre for asylum seekers on the old airfield site.

Paul Dallimore notes that after the war (World War 2) it became one of the flying bases for the Royal Signals Research Establishment which later became QinetiQ. A Valiant bomber crashed at Pershore due he thinks to metal fatigue that grounded the whole fleet. Paul also recalls that he spent many a long day watching the aircraft landing from where the road crossed the runways. Paul used the train to go to school at Prince Henry's Grammar.

The following three photographs were taken by Andrew Smith on 12th July 2002: 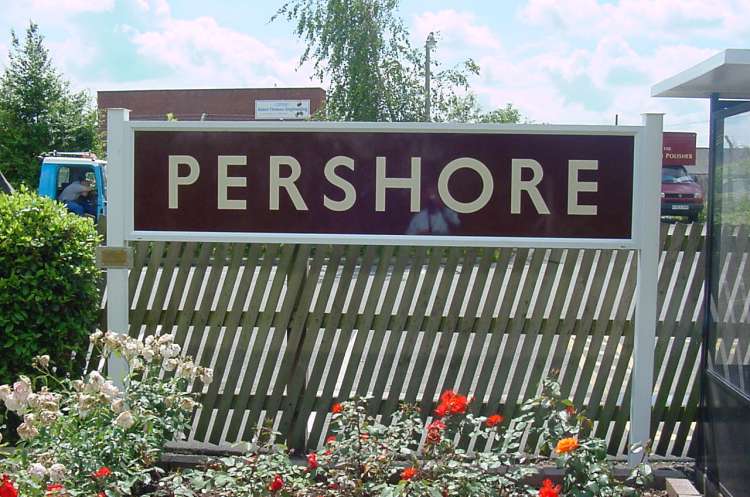 A nice touch here is this replica station sign board erected in 2002 to commemorate 150 years of the railway at Pershore. 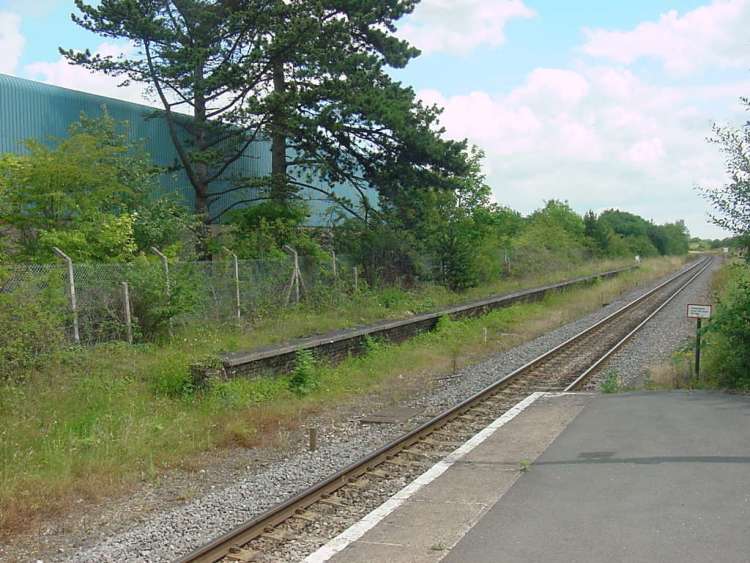 The line here was formerly double track and the remains of the former 'up' platform were still in situ in 2002. 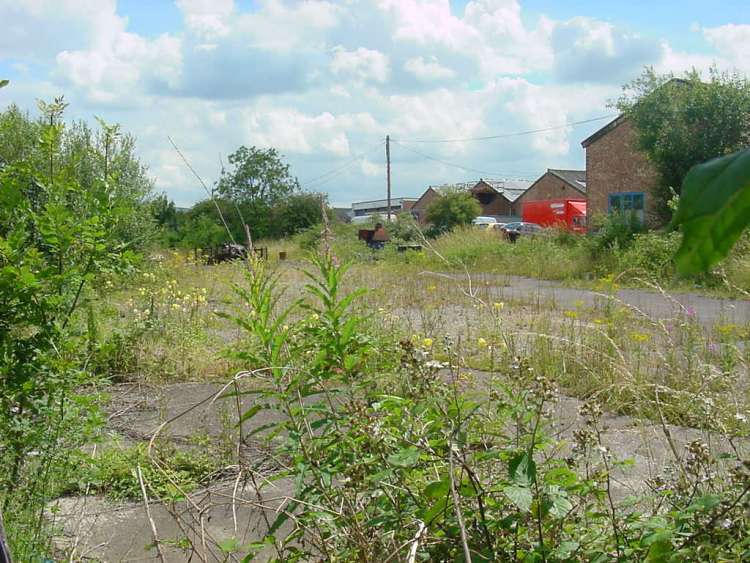 The once prosperous goods yard was just another derelict site.

The remote location for the station is graphically illustrated in the following extract from a 1930 Ordnance Survey map of the area that also shows the small stations at Wyre Halt and Fladbury. Pershore Racecourse closed in World War 2 but its feature race the Land O'Plums chase, was resurrected at Worcester Racecourse on 6th August 2010. 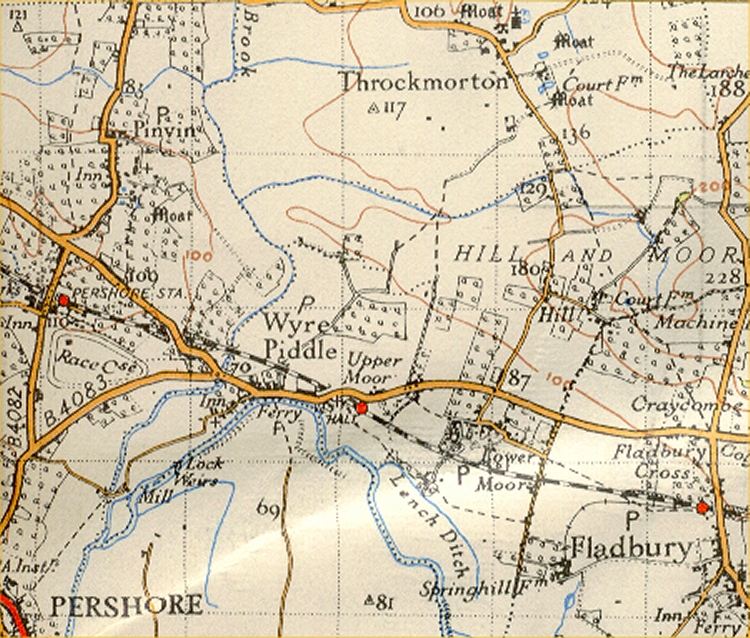 With thanks to Paul Dallimore for additions and corrections.