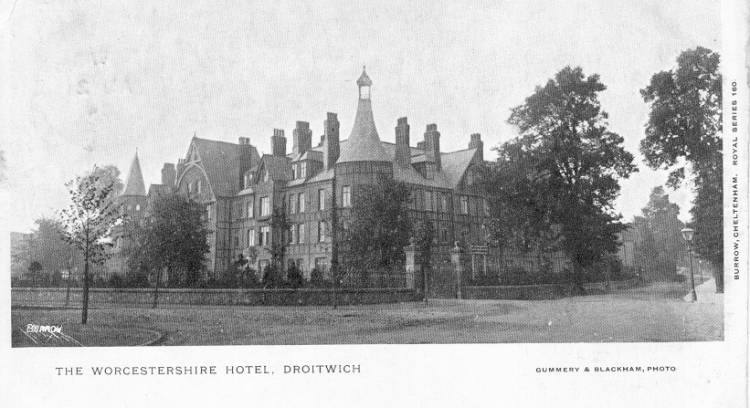 Photograph from the collection of Andrew Smith.

The Worcestershire Hotel was built in 1891 by John Corbett (the 'Salt King'). The photograph above shows the hotel around 1900 when it was called the Worcestershire Brine Baths Hotel but the name was changed in the 1950s. John Corbett launched it in grand style on 4th November 1891 with a lavish dinner party for over 100 local workmen who had been involved in the construction works. It had been a specific instruction of Corbett to use local labour. The hotel changed hands several times before World War Two when it was requisitioned for use by the military.

Despite several refurbishments the hotel once described as 'the finest in Britain' never regained its former status. The hotel closed in the 1980s and after standing empty for twenty years was demolished to make way for 96 luxury apartments.

With thanks to the Droitwich Spa Advertiser for permission to use information from their newspaper.