Droitwich is the first open station on the line from Worcester to Birmingham Snow Hill (via Stourbridge). Here are two photographs taken in 1962. Just to the north of the station there is a spur to the right (now single track) that leads to Stoke Works where it joins the Birmingham and Gloucester Railway.

From 1968 Underwood & Co Ltd employed a diesel locomotive at a small coal yard to the north of the station. There was also a siding to a salt works owned by Salt Union Ltdat Covercroft. 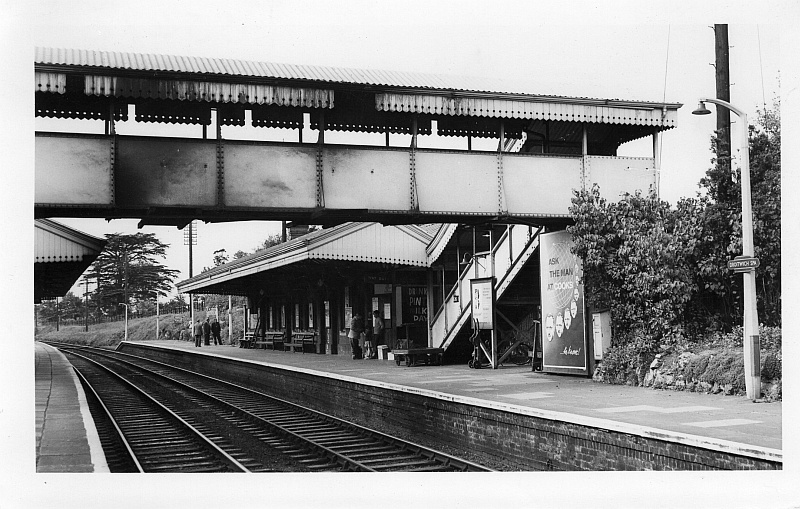 This photograph was taken in 1964 from the 'down' platform and shows the standard GWR type facilities that were provided for passengers bound for Kidderminster and Birmingham. Photograph by Berrows Newspapers. 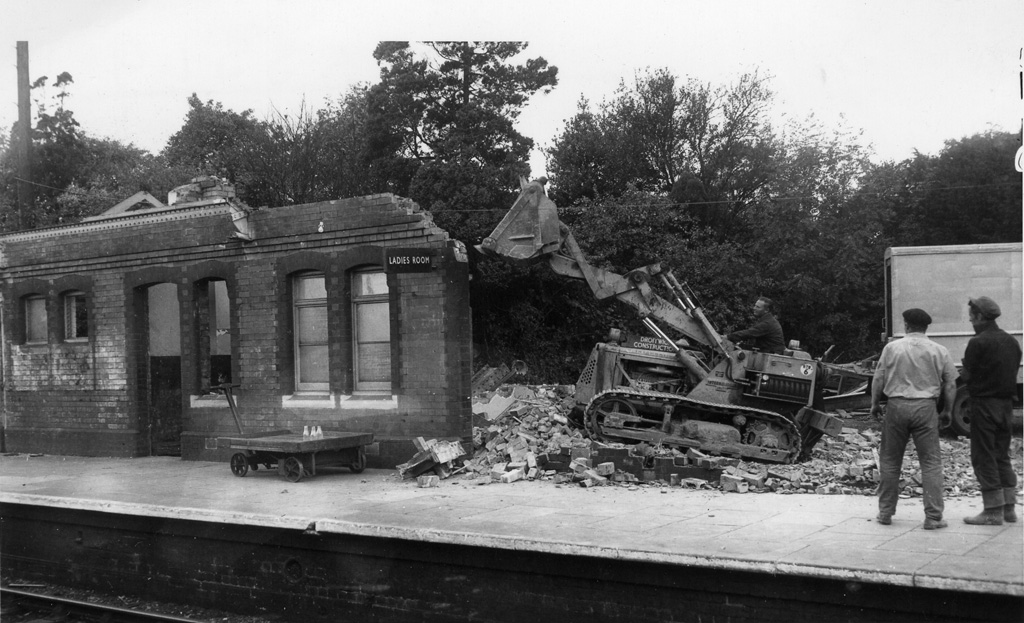 This photograph, also taken in 1964, is a reminder that it was not only the lines deemed surplus to requirements by Dr Beeching that suffered from his axe. Sadly the Governments of the 1960s, including by this time the Socialist Government of Harold Wilson, had little time for railways and thus the magnificent 1899 station built with money provided by the 'Salt King', John Corbett, was demolished to be replaced by a totally unsuitable bus shelter and little else. Photograph by Berrows Newspapers. 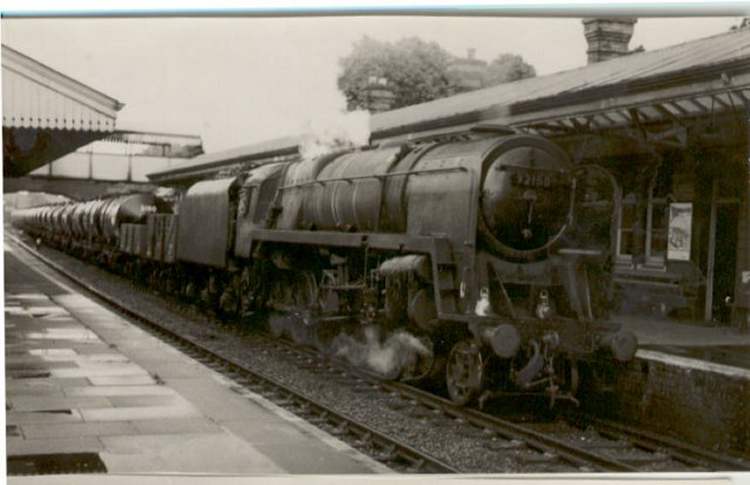 Class 9F No.92150 passes through heading west on the Fawley to Bromford Bridge oil tanks on 21st July 1962. No.92150 was based at Saltley shed in Birmingham. Photograph from the MIAC collection. Photographer unknown. 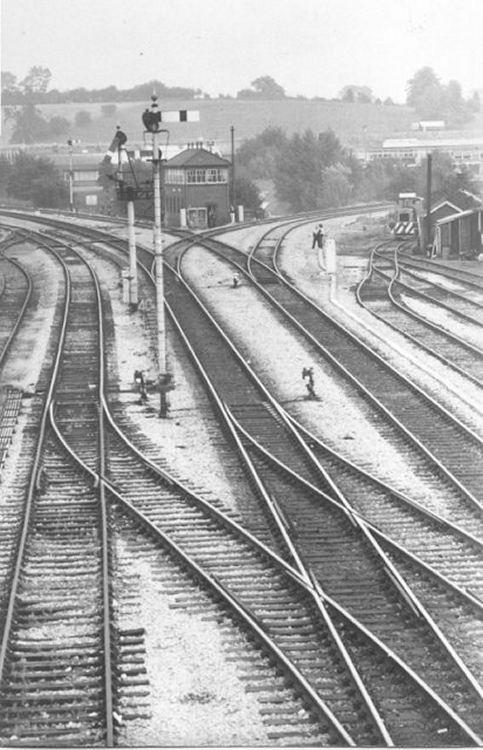 This photograph shows the junction at Droitwich Spa with the line to Stourbridge on the left and the one to Stoke Works on the right. Underwood & Co's private locomotive can be seen on the right hand side. 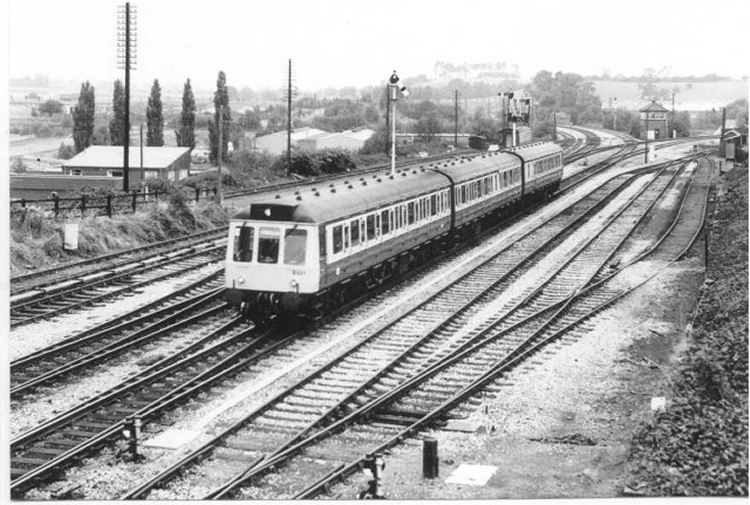 This is class 117 diesel multiple unit No.B427 arriving from the north. 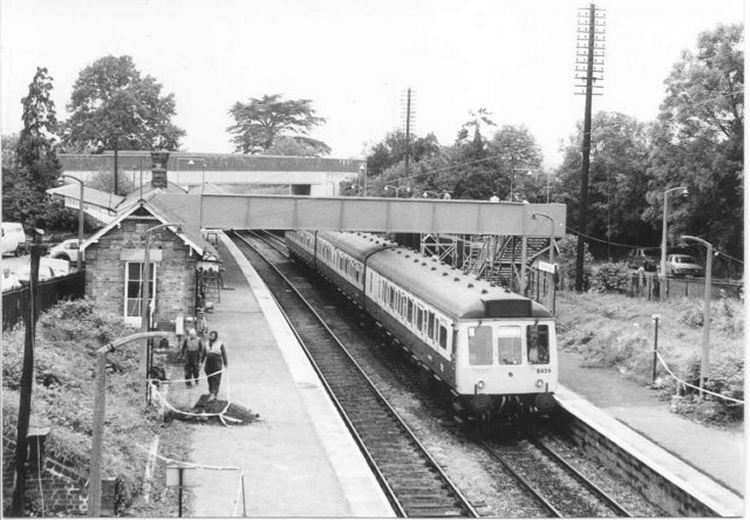 This is class 117 diesel multiple unit, set No.B.429 in the station on a service to Birmingham.

Both photographs were taken by Adrian Booth on 27th September 1983. 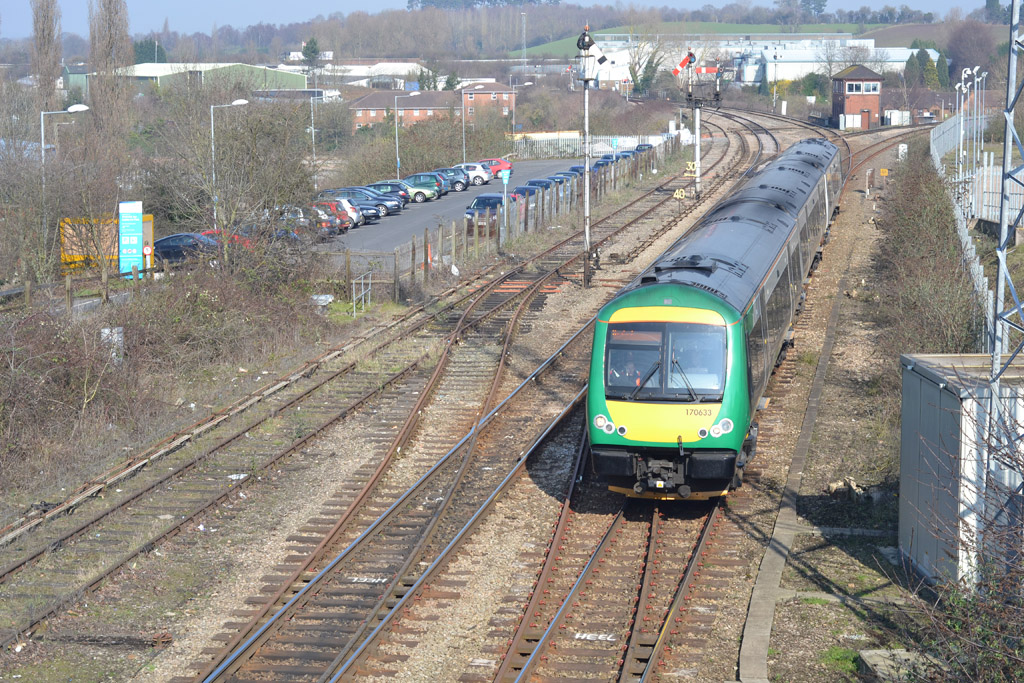 Taken for a slightly different viewpoint from the one taken by Adrian Booth (see above) much had changed by the time this photograph was taken on 8th March 2011. The sidings on left hand side had been replaced by a 'Pay & Display' station car park whilst the yard of Underwood & Co had also disappeared. The semaphore signals remained in use as did the signalbox. The train seen arriving at Droitwich is the 12:49 from Birmingham New Street to Hereford with London Midland livery class 170/6 diesel multiple unit No.170633. Photograph taken by Andrew Smith. 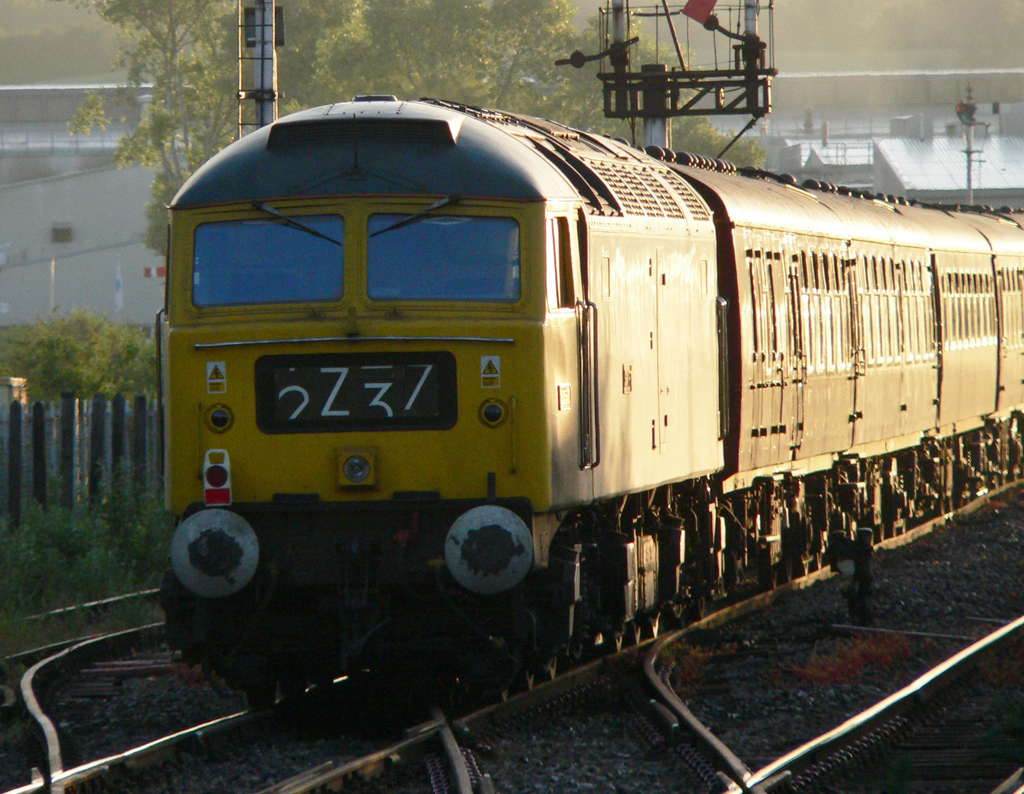 On 1st June 2011, only those with the need for little sleep were up early early enough to photograph the 05:21 Worcester Shrub Hill to Carlisle railtour headed by class 47 diesel locomotive No.47826 (with No.47270 on the rear). Robert Cooke took this dramatic photograph of No.47270 'Swift' at 5:36am shortly after the train had stopped to pick up passengers at Droitwich Spa.

The next two photographs are over 100 years old and rare reproduced with permission of the Droitwich Heritage and Information Centre: 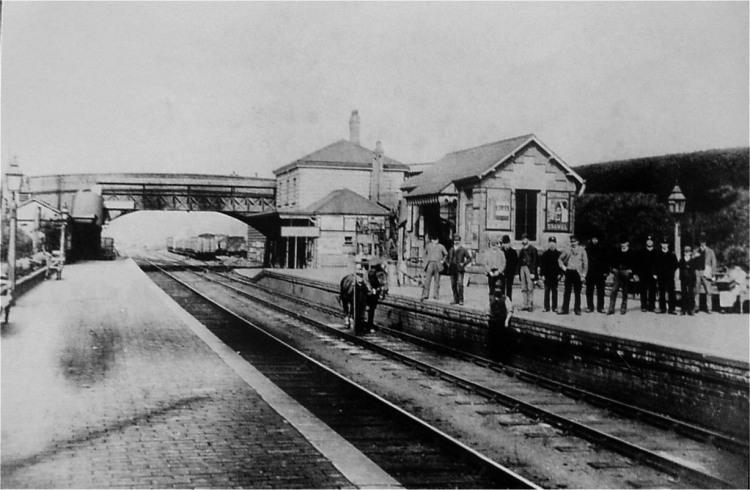 This photograph was taken before the station was rebuilt in 1899. This shows the original Oxford, Worcester and Wolverhampton Railways buildings built in 1852. A number of people are standing on the Worcester bound platform and there is a horse on the railway line. Beyond the footbridge is a road bridge that is still extant. The sidings beyond the bridge were in later times occupied by the N.C.B. (Underwoods) but at this time the wagons probably contained salt from the Covercroft Salt Works. 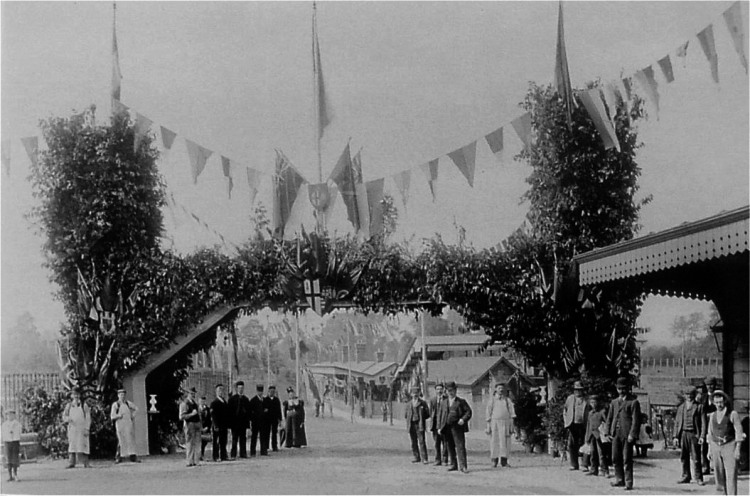 The 'Salt King', John Corbett, supplied finance and some of his land to enable the rebuilding of Droitwich station in 1899. This photograph appears to show the railway station staff, some civic dignitaries and a few onlookers awaiting the arrival of the officials who were to open the new station. In the ordinary course of events, John Corbett would certainly have been present to open the station but was unable to attend due to ill health and a death in the family. The Bromsgrove, Droitwich and Redditch Weekly Messenger produced a special supplement to commemorate the opening of the new station and they described the scene shown above in glowing terms: 'A large ornamental arch crosses the drive. This was composed of evergreens the supporting poles extending above the top of the arch. The inside of the arch was lined with red, blue and white materials - the national colours. A number of shields of all descriptions were arranged on the outside and ornaments worked in rock salt also occupied prominent positions'.

In the absence of John Corbett, the opening ceremony on Saturday 3rd June 1899, was performed by Sir A.F. Godson