The first main line diesels to operate from Worcester locomotive sheds were Birmingham RCW type 3 diesels (later Class 33) from the Southern Region. These arrived during the severe winter of January 1963. 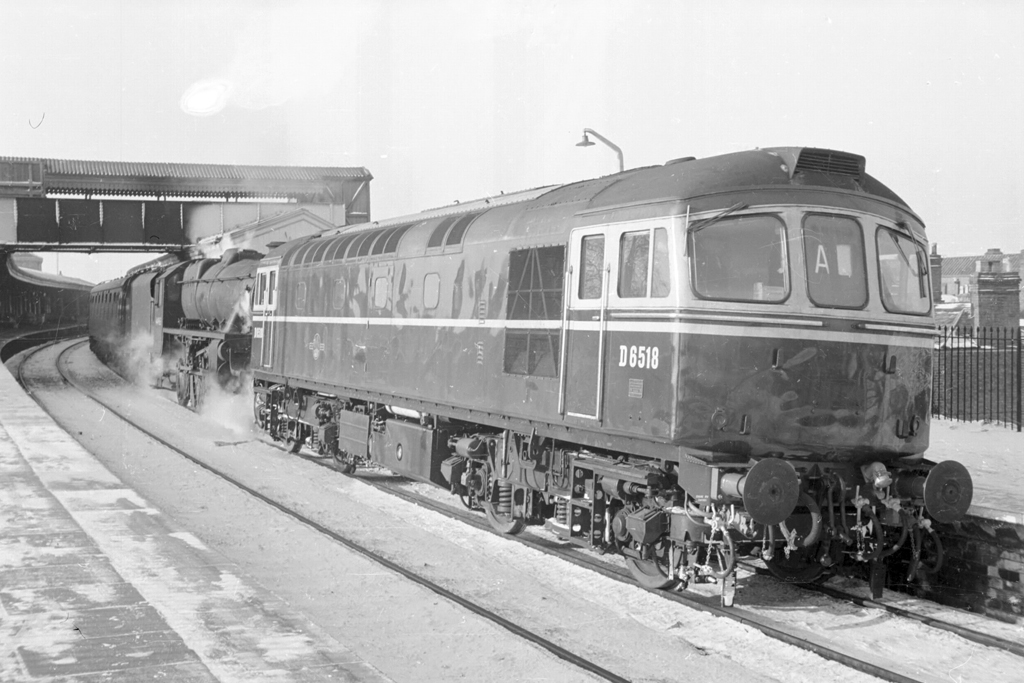 The first example was No.D6518 with Saltley's Stanier Black 5 No.44963 at Worcester Foregate Street station on 21st January 1963 on the 10:05 from Hereford to Paddington). This photograph, taken by Richard Moreton, appeared in the March 1963 issue of 'Modern Railways'This was replaced by others of the same type during January and February 1963. For instance, Gerald Wadley records No.D6536 at Malvern Link on 21st February 1963. 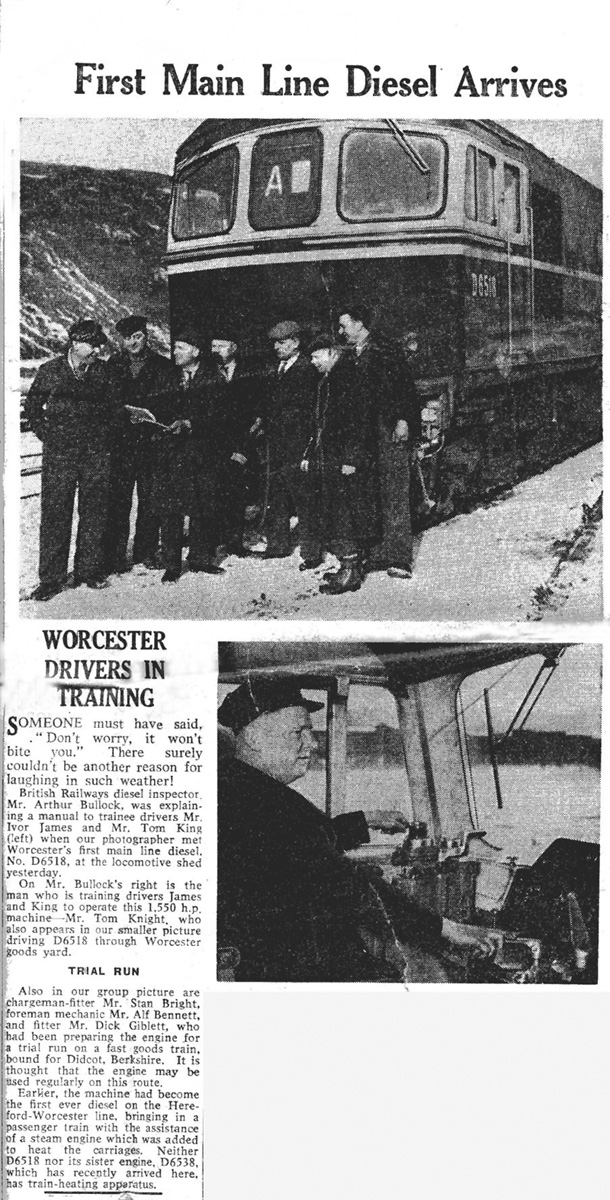 The newspaper cutting above (published by courtesy of the Worcester News) was published on 23rd January 1963 and relates the story of the arrival of D6518 at Worcester. 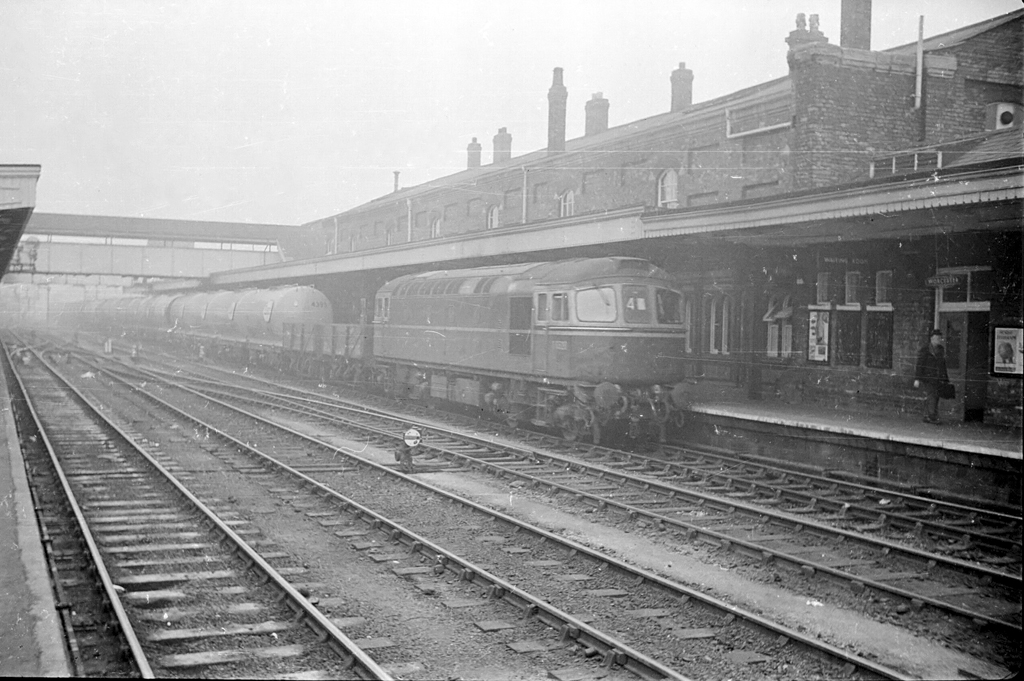 The type 3's were not equipped with steam heating apparatus and were not intended to replace steam locomotives on the express passenger services to London but were based at Worcester for crew training prior to dieselisation of trains from Fawley to the West Midlands. Richard Moreton photographed one such train passing through Worcester Shrub Hill hauled by what appears to be No.D6527. 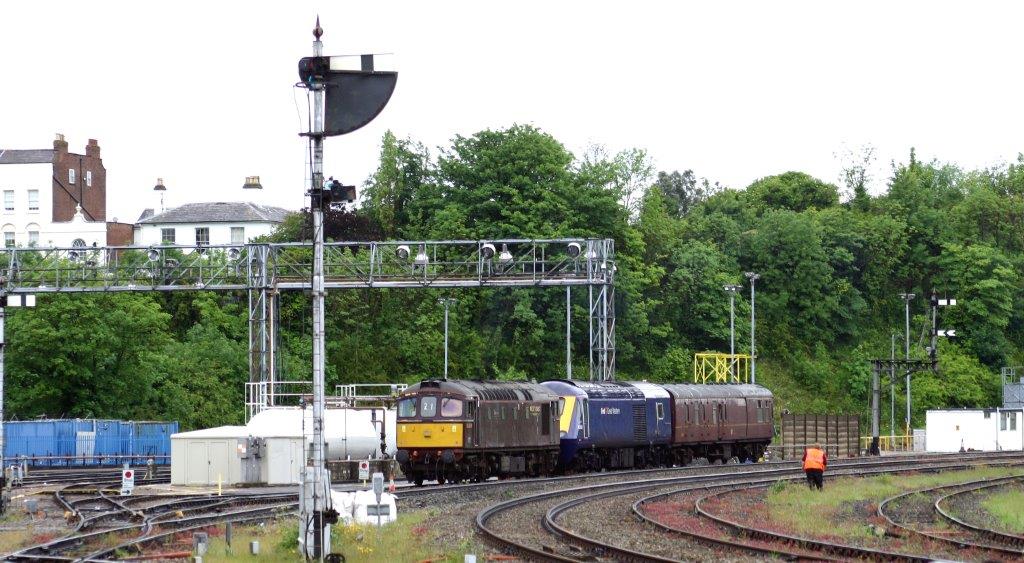 An rare outing to the County for a Class 33 took place on 22nd May 2014 when West Coast Railways No.33029 was used to haul stranded class 43 'HST' power car No.43180 from Worcester to Long Marston. The class 43 had failed at Worcester and could not be moved except at very low speed with the power car jacked up on on wheel skids. Photograph taken by Dave Gommersall.