Cutnall Green Halt was midway between Droitwich Spa and Hartlebury. The station which closed on 4th April 1965 was on the north side of the Doverdale to Cutnall Green road. In former days there was a signal box here.

The station was here but no trace of it remains. 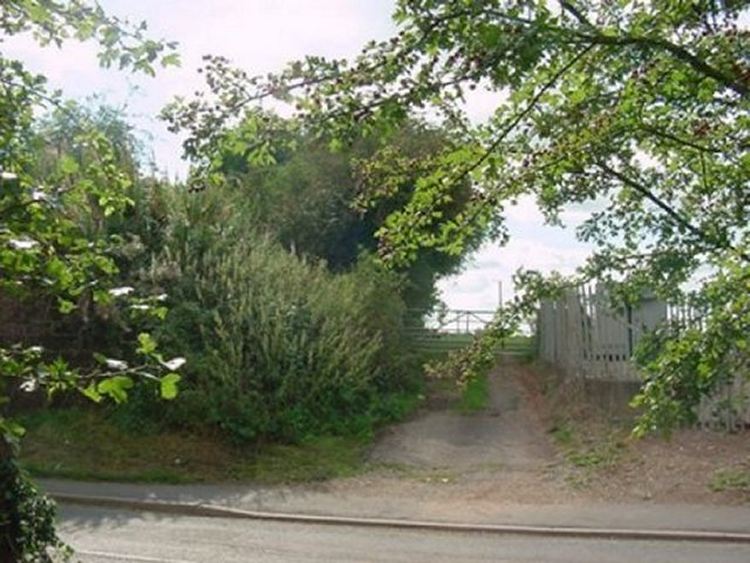 This entrance was the approach road to the station. The railway is on the left.