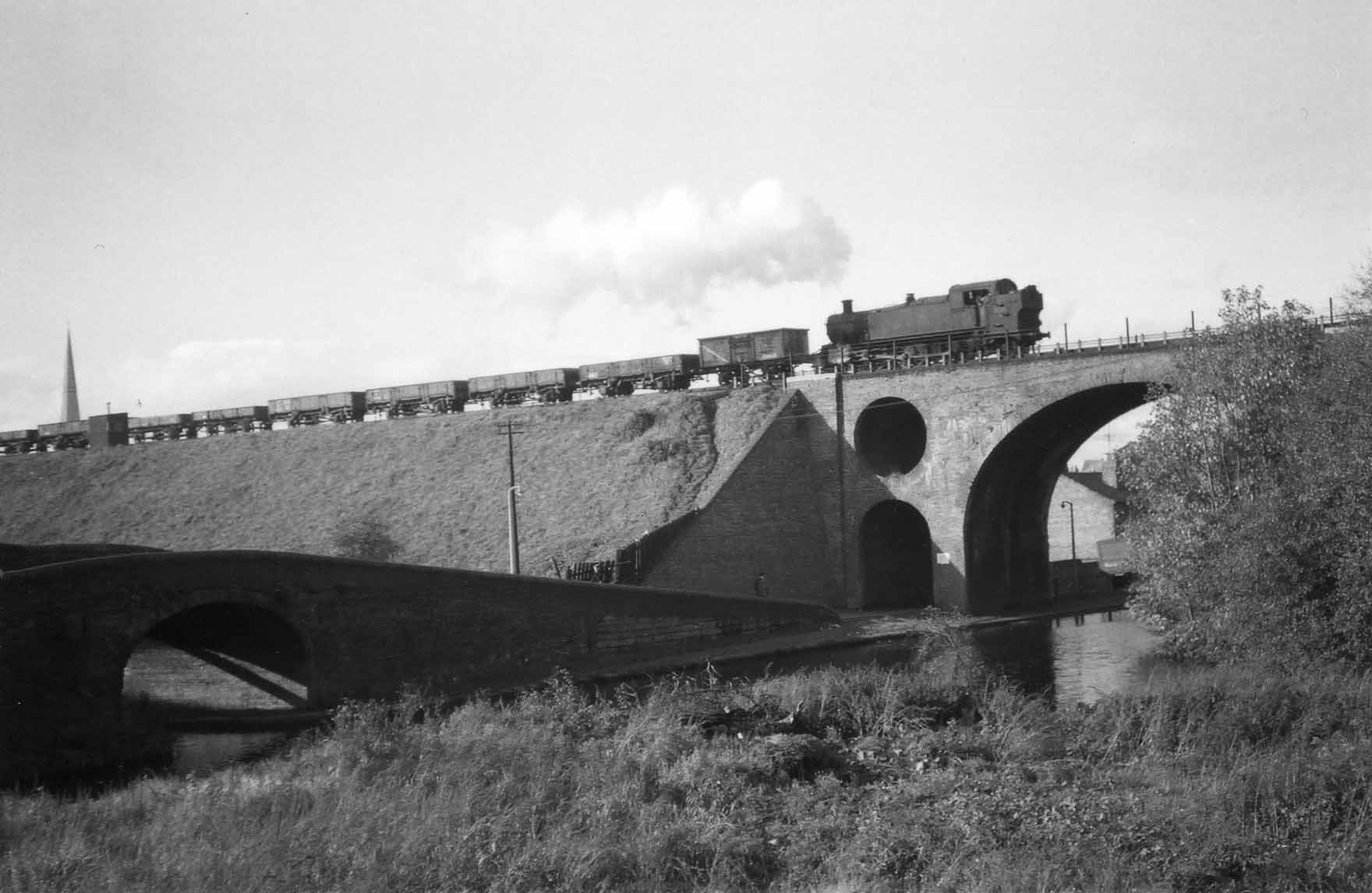 This magnificent photograph taken on 28th October 1965 comes from the Robert Pritchard collection and shows ex-GWR 2-6-2 tank engine No.4113 built in 1936 and withdrawn shortly after this photograph was taken. It was one of the last steam locomotives used by Worcester shed. The engine is passing over the very unusual bridge over the Worcester & Birmingham Canal with what appears to be a train of ballast heading towards Shrub Hill station. 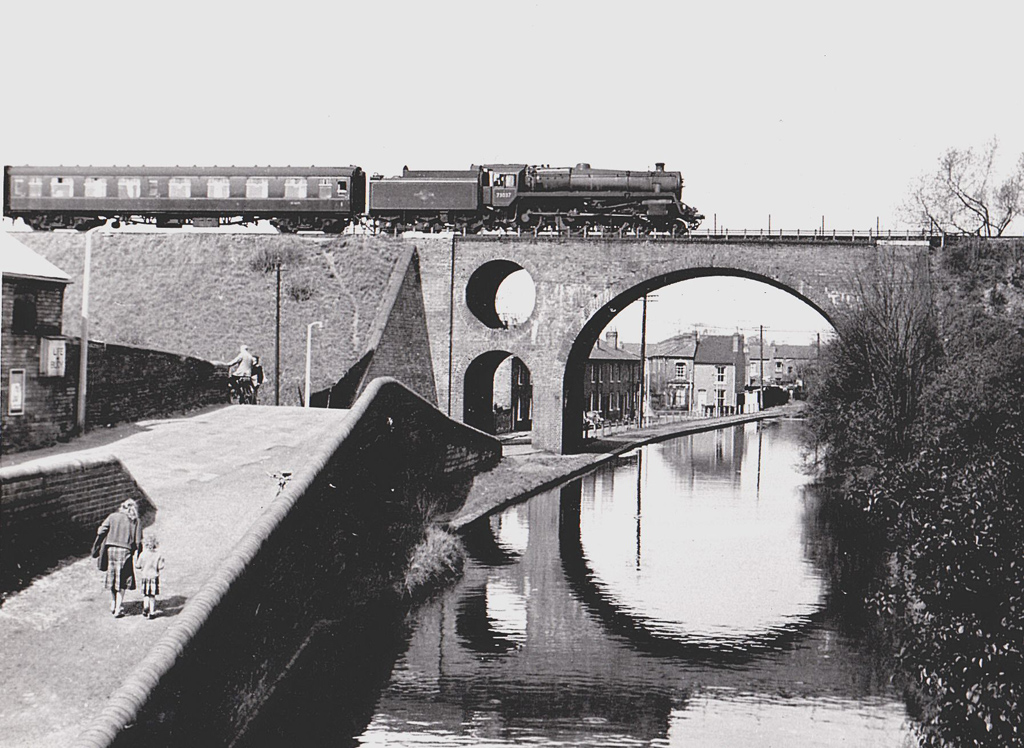 Keith Farmer took this magnificent photograph of BR Standard class 5 4-6-0 locomotive No.73037, a recent transfer from the Southern Region to Bristol Barrow Road shed, crossing the canal with the 12:05 from Hereford Worcester train on 18th April 1964. Photograph: copyright Keith Farmer.