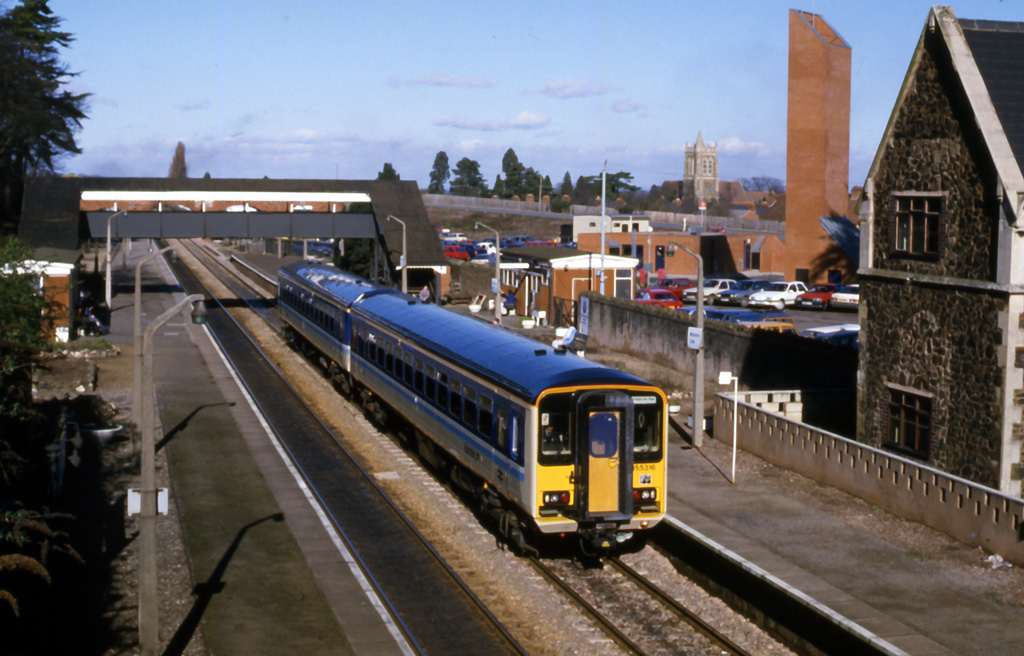 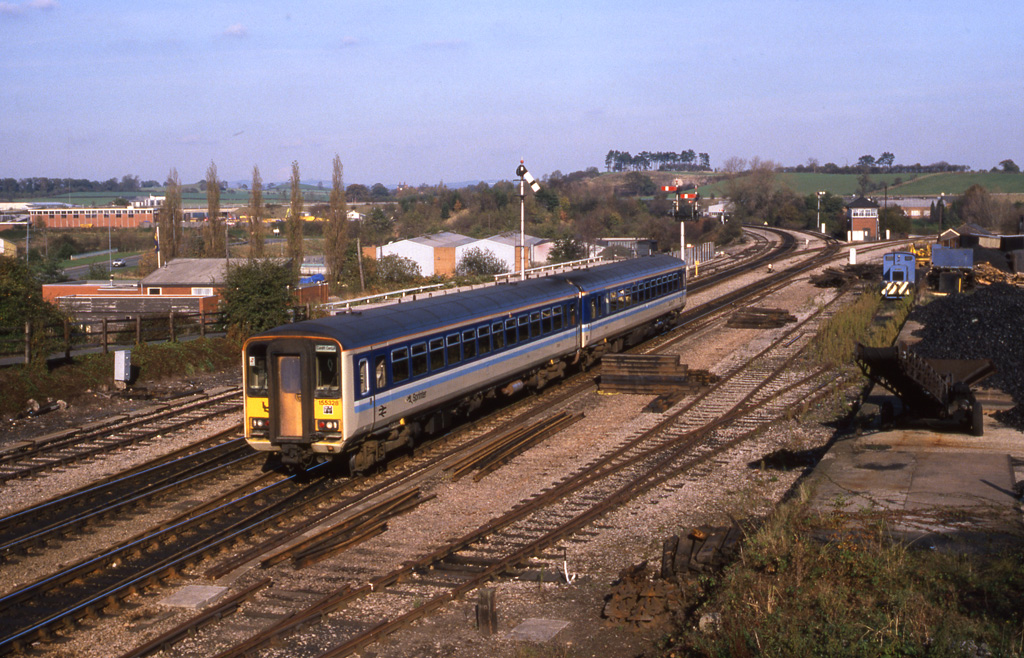 Class 155 'Sprinter' diesel multiple unit No.155328 in BR Provincial livery approaching Droitwich Spa Station on 30th October 1988 with the 12:20 Sundays only from Birmingham New Street to Worcester. Confusingly to intending passengers the destination board on the front of the unit suggests that the train is going to Cardiff Central. The locomotive in the sidings on the right hand side is Underwoods Ruston and Hornsby built diesel shunter.