The 3300 'Bulldog' class of 4-4-0 tender locomotives were introduced in 1898 as light passenger traffic engines. Most of the class was withdrawn from service before World War Two but a few survived to see out their final days at a variety of sheds including some that were based at Worcester. 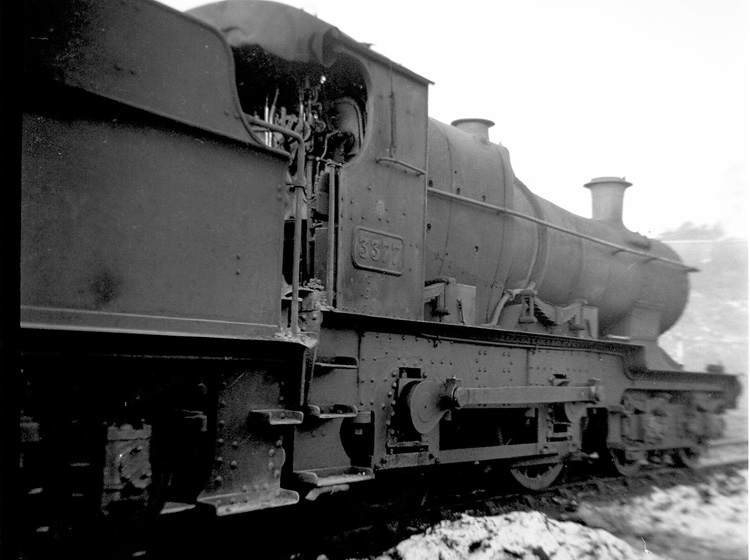 This is No.3377 seen on Worcester Shed in December 1950. The locomotive was built at Swindon in 1903. This class was unusual in that whilst some engines were named others including No.3377 were unnamed. 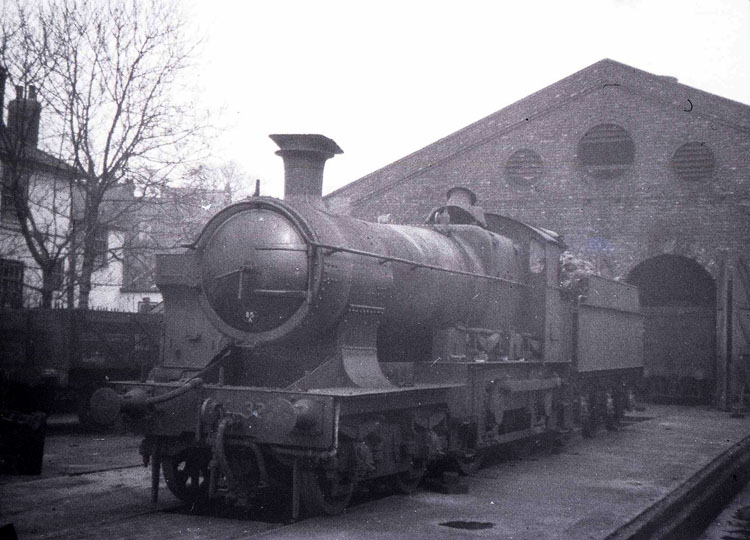 This photograph shows No.3377 again but this time the locomotive is stored outside the rear of the Goods Shed at Worcester on 6th March 1951. The engine was withdrawn from service that month. 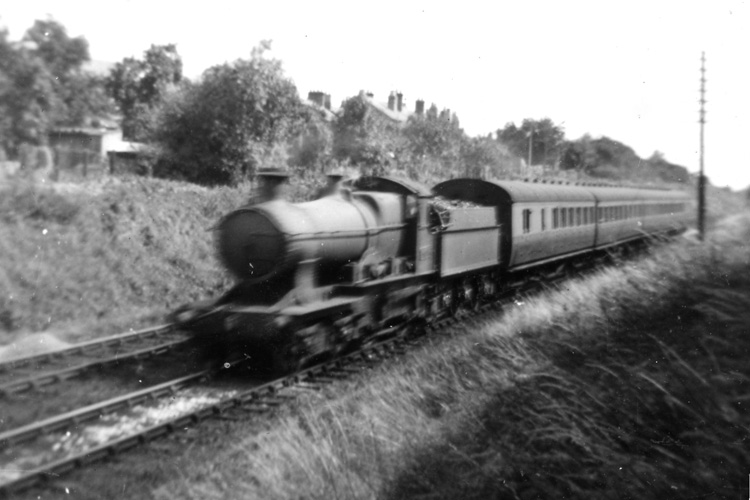 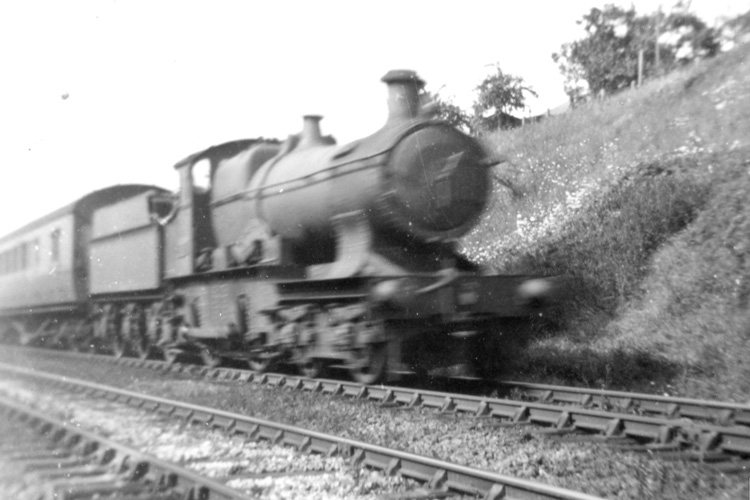 These two photographs both show 'Bulldog' No.3447 'Jackdaw' on local trains to Worcester in 1950. The photographs show a Leamington to Worcester special approaching London Road railway bridge and a up local to Stratford-on-Avon near the top end of Battenhall cutting. No.3447 was withdrawn in April 1951 and consigned to Swindon for scrap shortly afterwards. 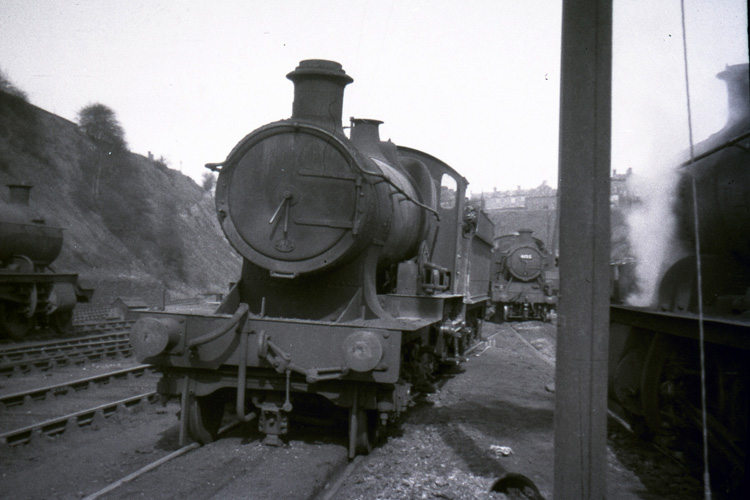 No.3454 'Skylark' of 81D Reading shed is seen in the shed yard at Worcester on 20th March 1951. The engine is seen outside the passenger engine shed before working to Crewe with the 21:30 freight train from Worcester over the former OWWR line and via Wombourne to Wolverhampton, thence Wellington, Market Drayton Nantwich and Crewe. The locomotive and was also used on an SLS charter train from Birmingham Snow Hill to Swindon Works on 17th June 1951. It was withdrawn in November 1951 having been in service since 1910.