Barnt Green is one of the largest unstaffed stations in England with four platforms on two different lines. 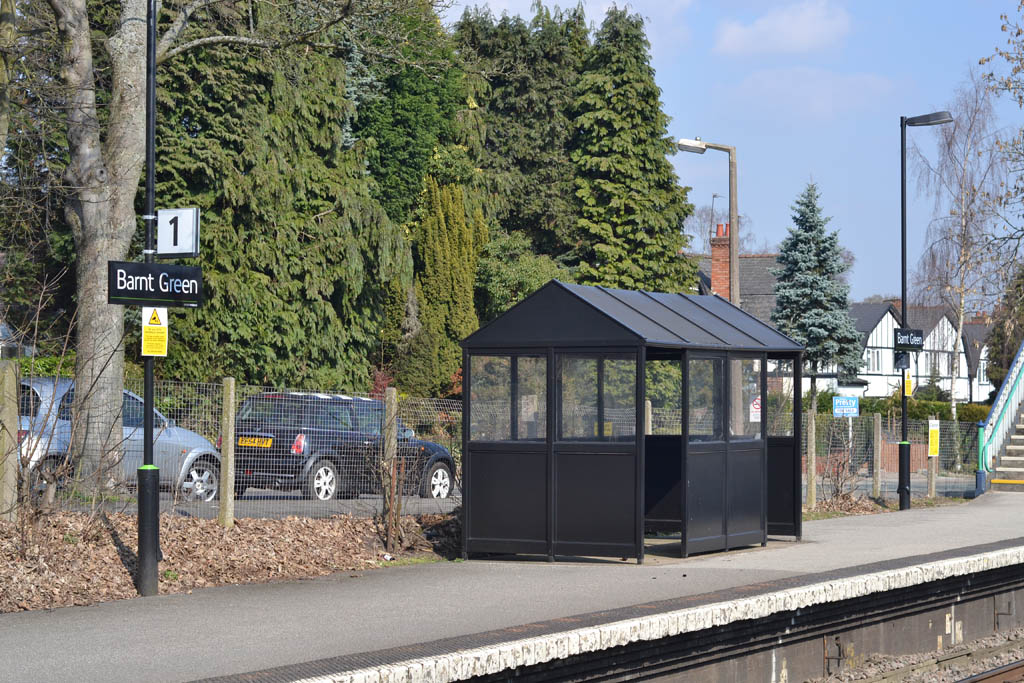 In the 2011/12 timetable, up to six passenger trains per hour pass non-stop through Platform One. The nicely painted black livery passenger shelter on Platform 1 waits forlornly for trade but alas only two trains per day stop at this platform (and two also stop at Platform Two). Photograph taken by Andrew Smith on 23rd March 2011. 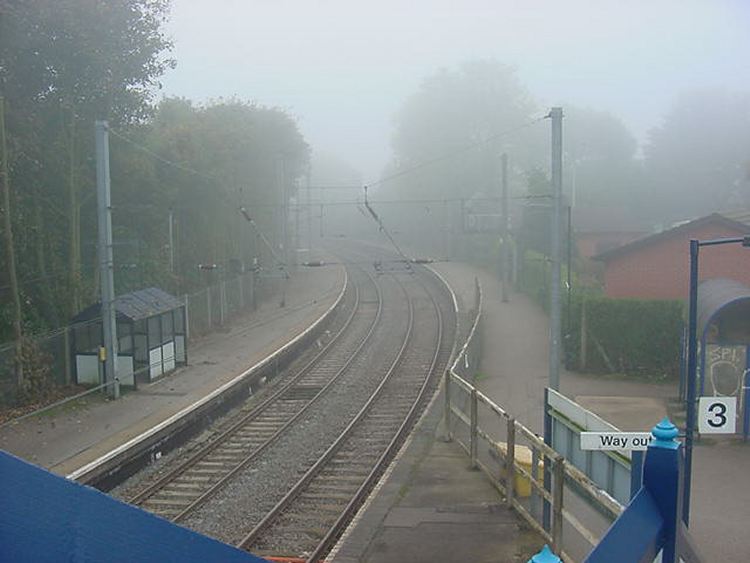 This photograph was taken from the passenger footbridge and shows the two platforms on the electric railway line to Redditch. Train departed every thirty minutes to both Redditch and Birmingham. Photograph taken by Andrew Smith on 15th October 2001. 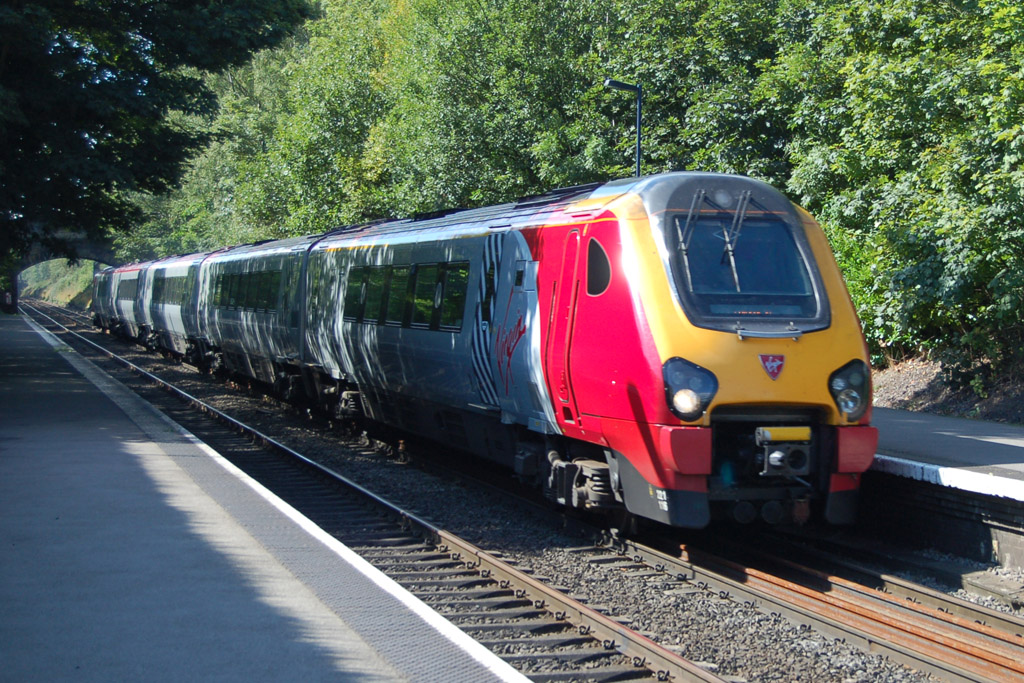 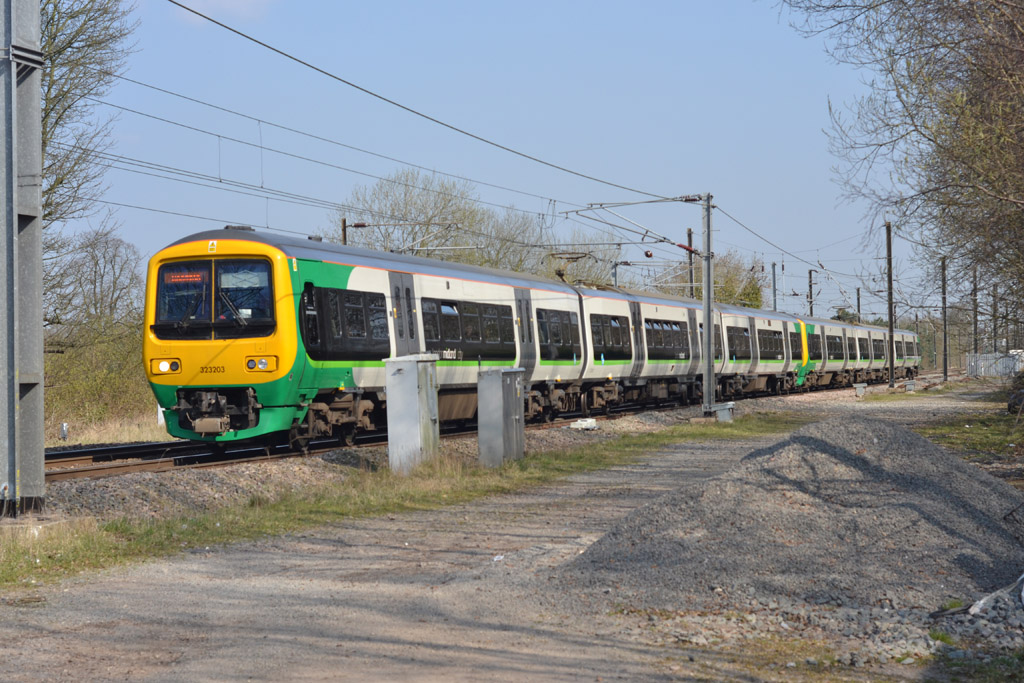 The 09:47 service from Four Oaks to Redditch was formed of class 323 electric multiple units Nos.323203 and 323214 when photographed by Andrew Smith approaching Barnt Green Station on 23rd March 2011.

More on the Redditch line

More on the Worcester line