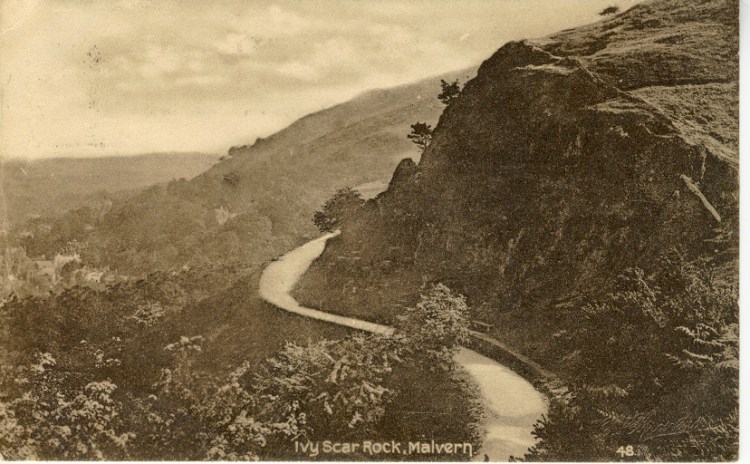 From the North Quarry car park a path leads from the southern end past the entrance to Scar Quarry. The Ivy Scar Rock is about 400 yards along this path. The quarry can also be accessed by the path leading north from St Anne's well. 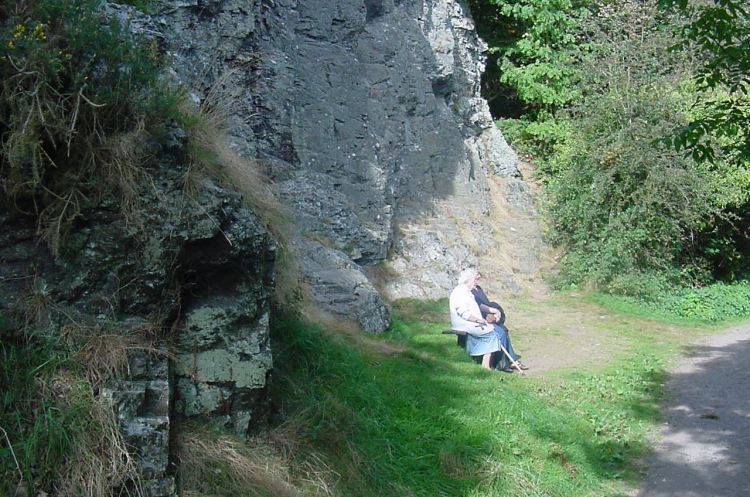 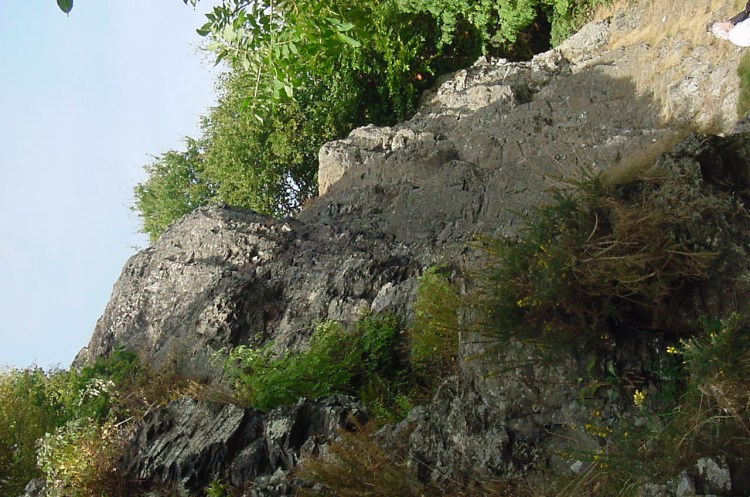 The photographs above were taken by Andrew Smith on 30th September 2002 and clearly show the angular lines where stone has probably been quarried from the Ivy Scar Rock.