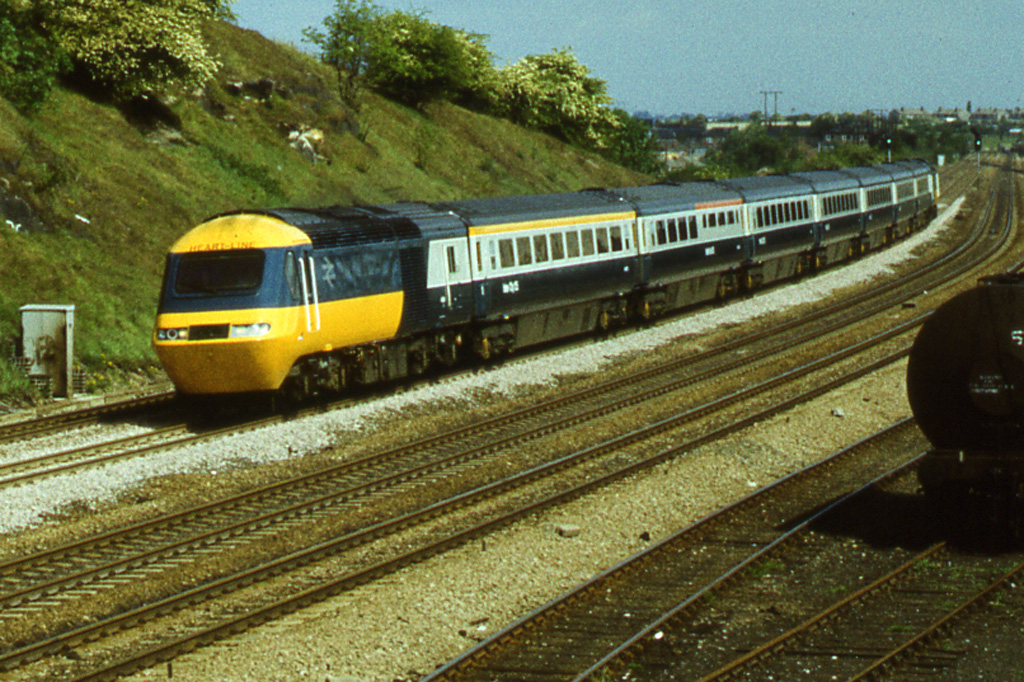 From 17th May 1982 services on the North East to South West (‘Table 51’) line were marketed as ‘HEART-LINE’. This designation appearing above the driver's window on some class 43 power cars. This rather stupid initiative was thankfully short-lived. Andrew Smith was at Kilnhurst in South Yorkshire on 22nd May 1982, which was the first Saturday of the Summer timetable, to photograph class 43 power car No.43189 with the new ‘HEART-LINE’ branding. No.43190 was at the rear of the train. As the window poster (below) states it was ‘The age of the train’ (Window poster photograph by courtesy of Steve Carter). 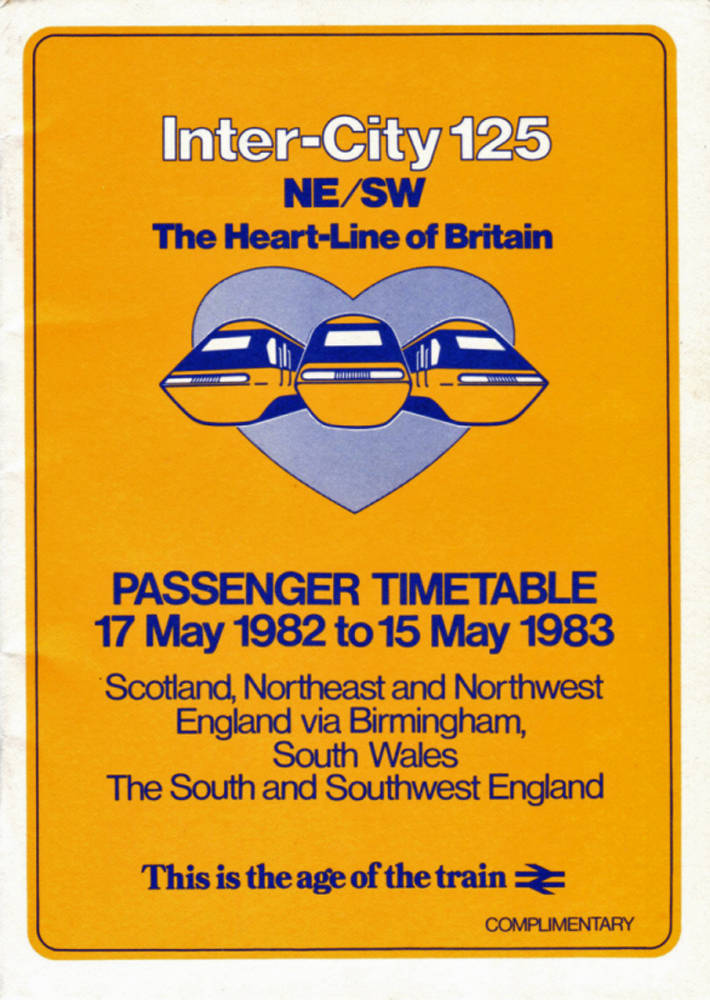