Langley Green (opened 1885) is the last station in Worcestershire before the Stourbridge to Birmingham line passes back through Staffordshire into Birmingham. 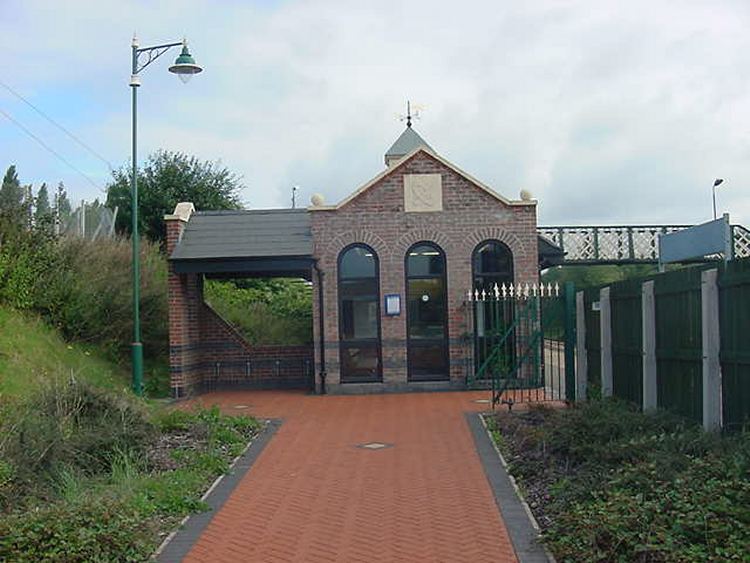 The station has been totally rebuilt by Centro and now features this distinctive booking office and waiting area. 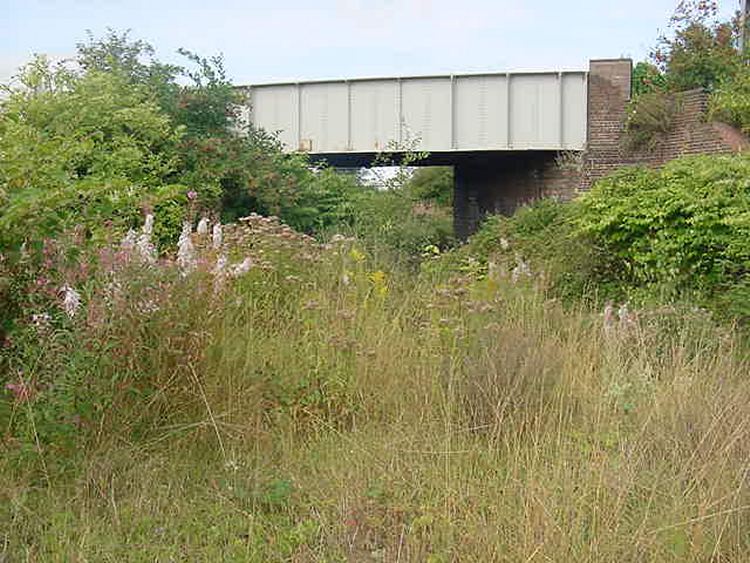 The Oldbury Railway built a branch line (opened 1st May 1885) that passed under this bridge from a platform face on the north side of Langley Green station. This line went to Albright & Wilson and on to a station and goods sidings at Oldbury.

To the east of the station there were sidings and a station at Rood End.

Both of these photographs were taken by Andrew Smith on 1st September 2001. 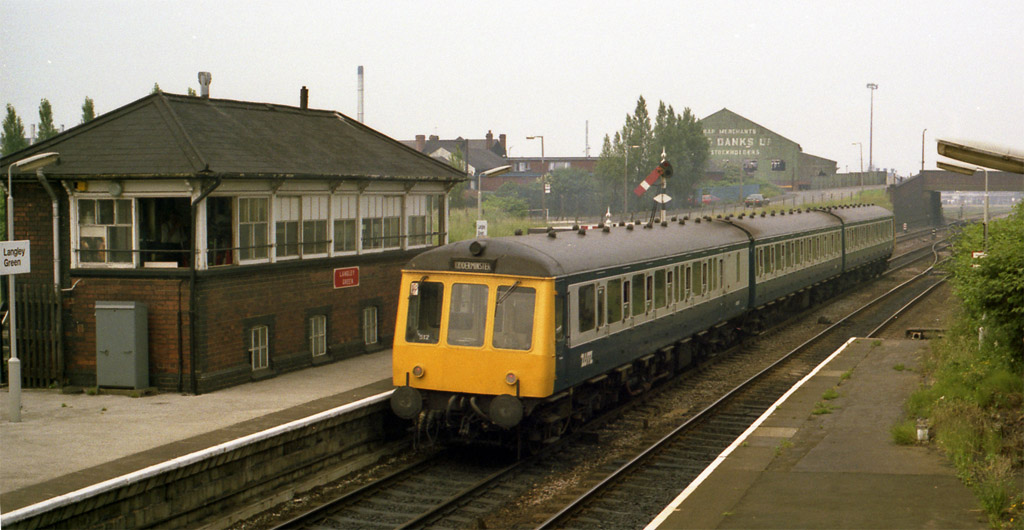 Tyseley based three-car class 116 diesel multiple unit Nos.53051, 59012 and 51133 leaving Langley Green for Birmingham New Street. The Oldbury Railway branch was behind the signal box. The signal box was demolished and the semaphores replaced with colour lights when Centro upgraded the signalling to allow more trains to use the route. 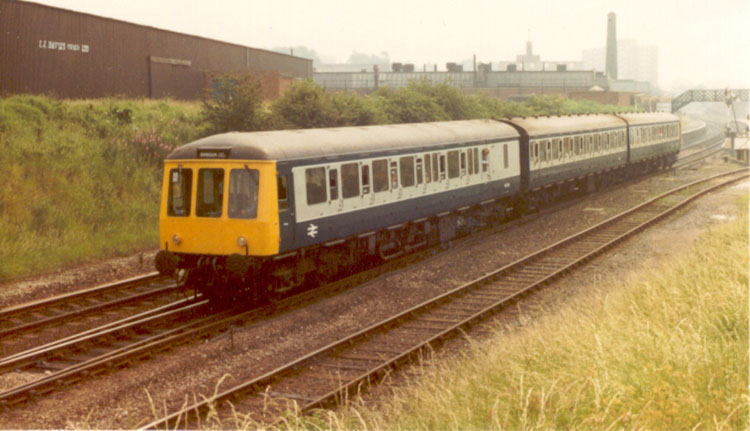 Three-car diesel multiple unit set No.539 (No.53838, 59717 and 53119) was photographed later in the day shortly after leaving Langley Green for Birmingham New Street. The line to the right hand side of the photograph is the connection between the Oldbury Railway and the siding at Rood End and at this time was used for freight traffic to Albright and Wilson.

Both of the photographs above were taken by Andrew Smith on 8th July 1983.