The large complex of sidings to the east of Langley Green station was a focal point point for traffic from a number of rail connected local factories. 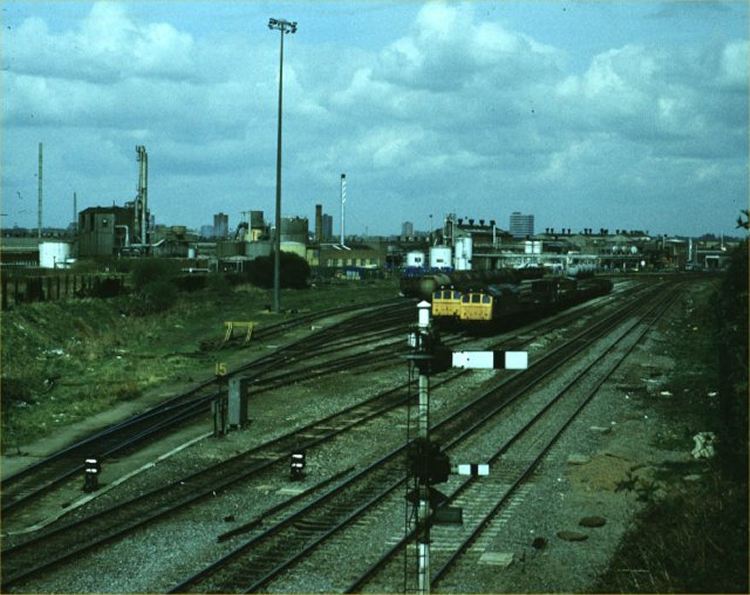 This photograph taken by Andrew Smith in June 1982 shows two Class 25 locomotives in the sidings at Rood End. 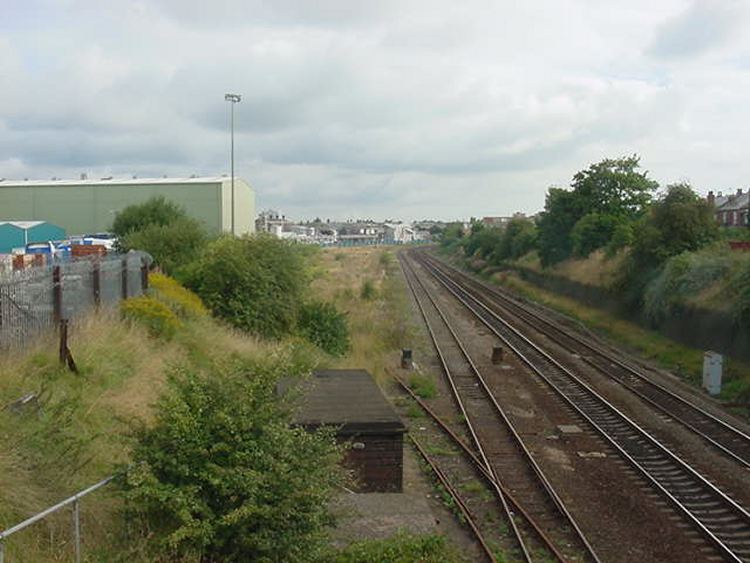 The empty ground in the middle of this photo is the disused site of the exchange sidings that served Albright & Wilson's and other nearby businesses. Crew accommodation was in the foreground. Photograph taken by Andrew Smith on 1st September 2001.