The small station at Littleton & Badsey, which was located at the level crossing on Station Road had a nice wooden main building and a corrugated iron passenger waiting facility. The station closed on 3rd January 1966. 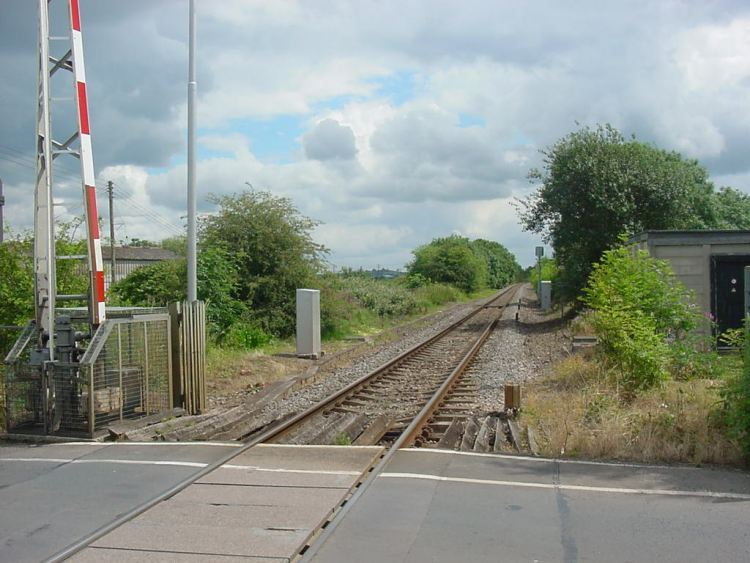 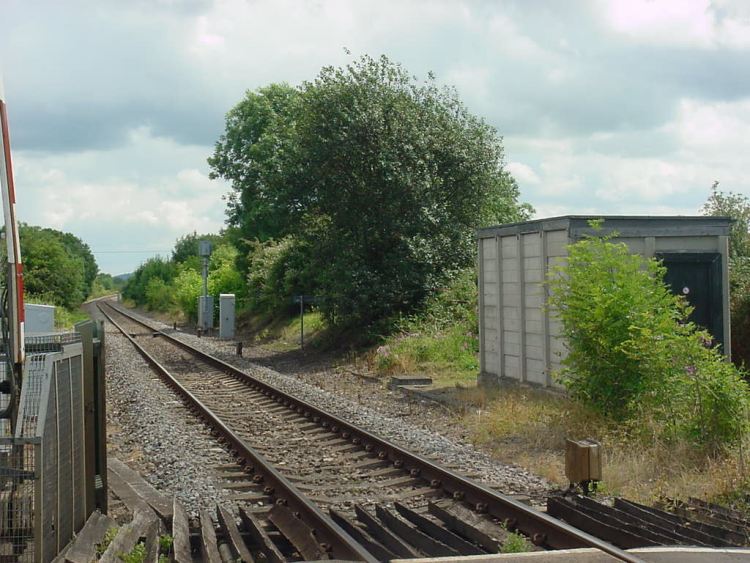 The two photographs above were taken by Andrew Smith on 12th July 2002 and as can be seen no signs remained of the station that was located to the east of the B4085 road that connects the villages of Littleton and Badsey. 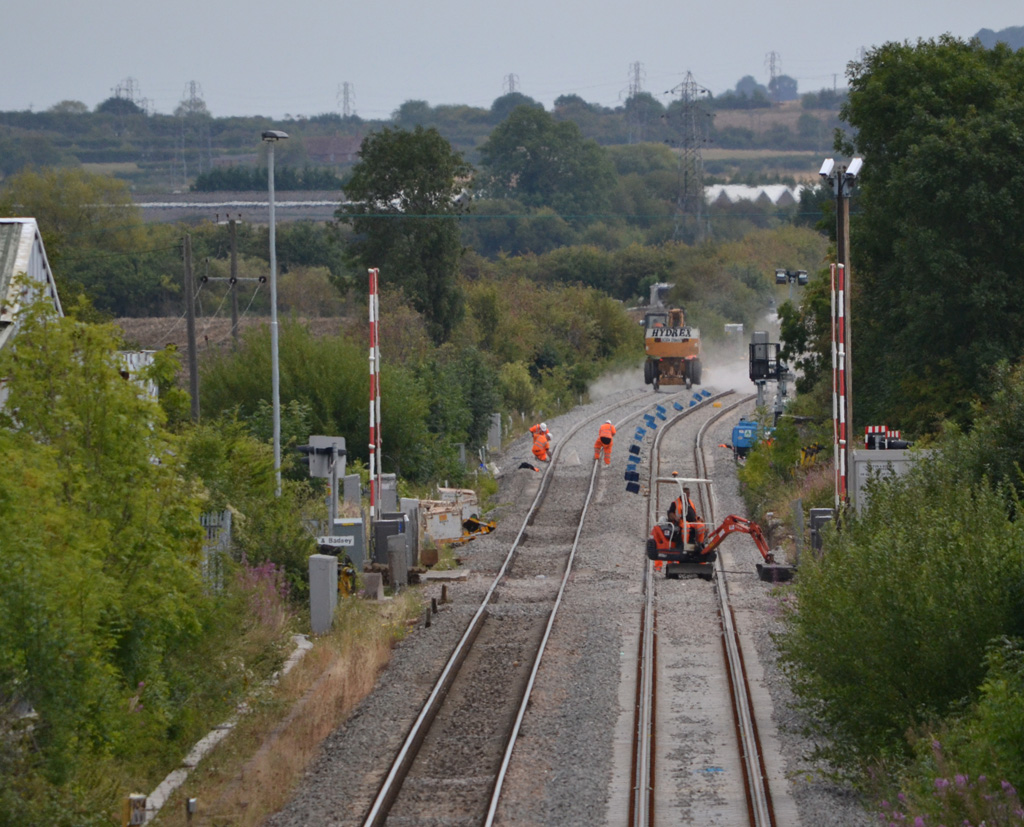 Workers put the final touches to the trackwork at the site of Littleton &; Badsey Station prior to re-opening as double track. A Hydrex-owned roal/rail vehicle is at work on the 'up' line. Photograph taken by Andrew Smith on 17th August 2011.

The following extract from the 1930 Ordnance Survey map reveals that this station was somewhat remote from the communities that it served. 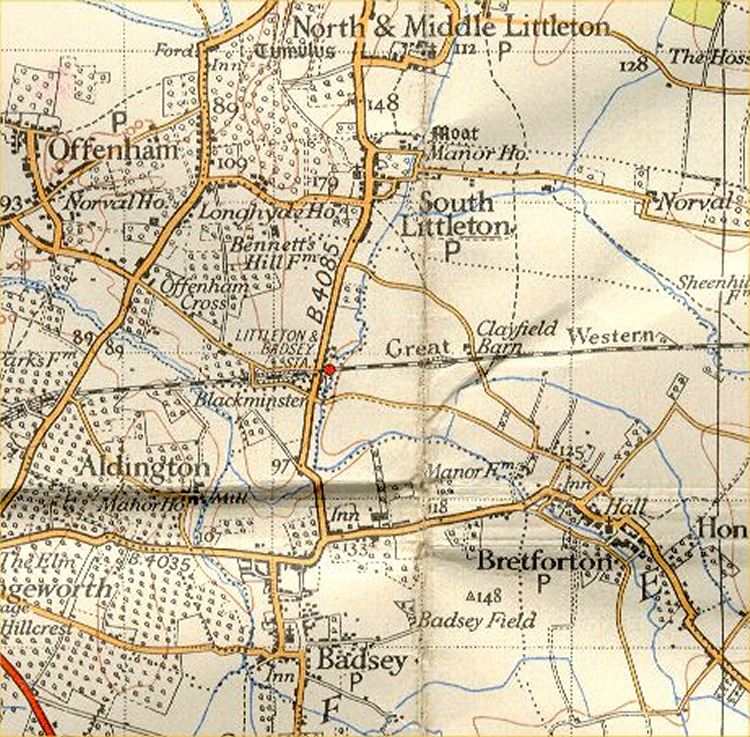 The Badsey website has some further information about the station including some old photographs. This can be found at: