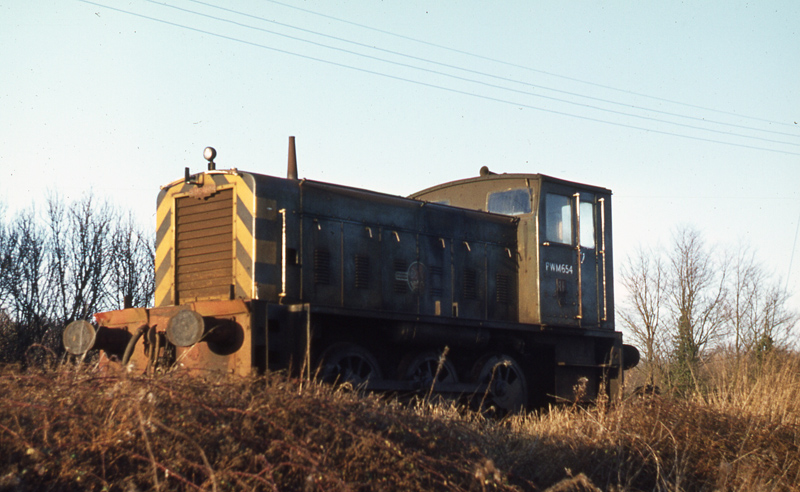 This small class of 165hp diesel electric shunting locomotives were used by the Western Region of British Railways in their permanent way depots. They were built by Ruston & Hornsby Ltd of Lincoln and had a tractive effort of 17,000lbs. No.PWM654 arrived at Newland around 5th May 1958. It was later joined by PWM654 and one or both of these locomotives could usually be found during the week at Newland PWD. At weekends the locomotives could often be found around the Western Region in use on track laying operations. Servicing was carried out at Worcester sheds.

No.PWM654 is seen stabled at the Permanent Way Depot at Newland on 31st December 1973. The locomotive still sports its original green livery which lasted until 1975 when it repainted into blue livery. Photograph by Andrew Smith.