Sixty-nine (69) class 27 locomotives were built by the Birmingham Railway Carriage and Wagon Co Ltd in Smethwick. 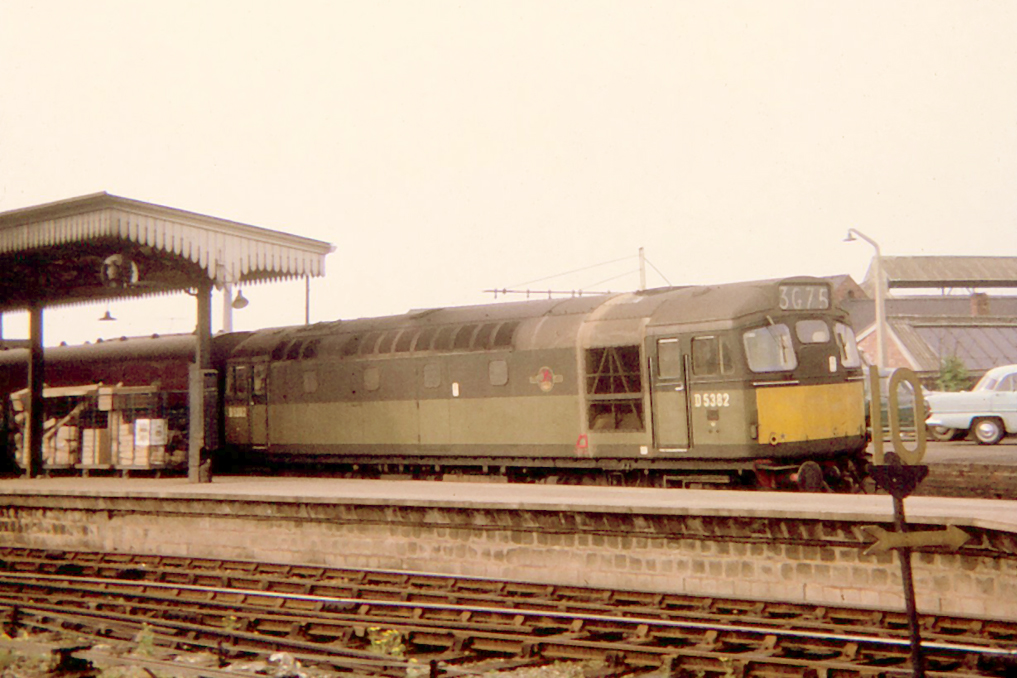 This incredibly rare photograph is the only one known to the MIAC that shows a BRCW built class 27 locomotive in the 'up' parcels bay at Worcester Shrub Hill Station. From built until 1970/71 the class 27s were based at various depots in the London Midland Region and made occasional visits to Worcester, often as in this case on Parcels trains as indicated by the '3G75' headcode. This locomotive and the rest of London Midland class 27s was later transferred to depots in Scotland. The consensus of opinion suggests that only two members of the class were painted in two-tone green livery (the other one was D5380). Photograph taken by Pete Wilcox on 9th June 1966.