Hartlebury was the original starting point for the Severn Valley Railway but has since become an unstaffed station. 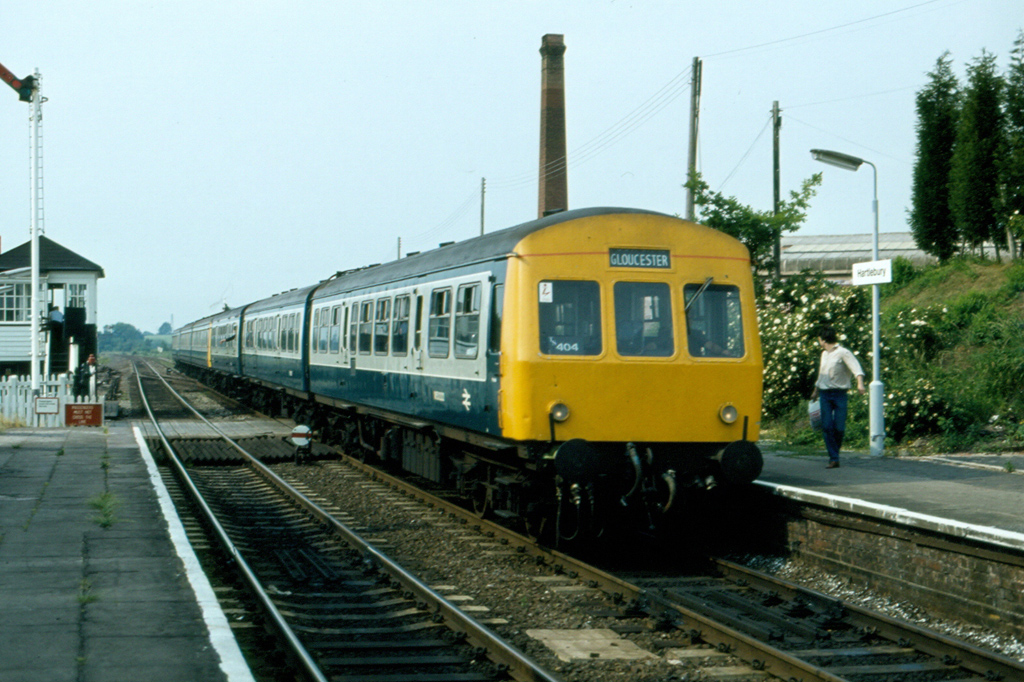 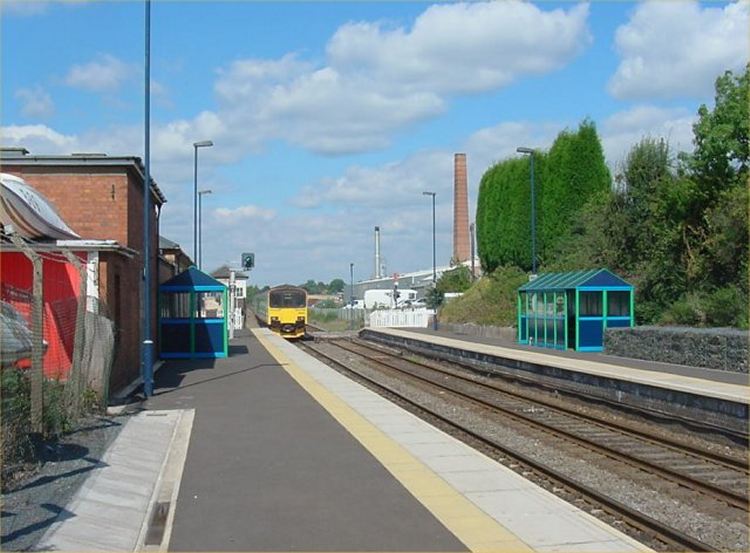 Two-car Class 150 diesel multiple unit No.150112 in Centro livery passes through the station heading for Birmingham New Street. There used to be a passenger footbridge over the line but passengers now have to use the level crossing. Photograph taken by Andrew Smith on 4th September 2001. 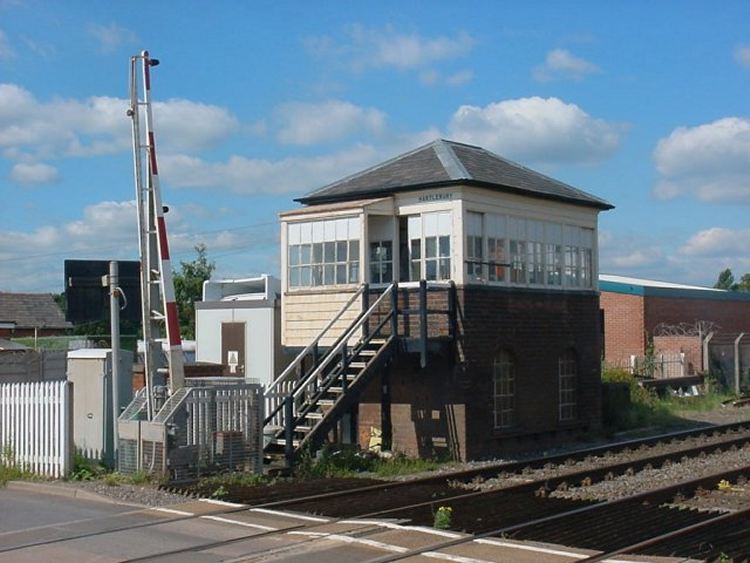 Hartlebury Signal Box was built by Mckenzie & Holland of Worcester in 1875. It was closed in August 2012 and demolished soon after. Photograph taken by Andrew Smith on 4th September 2001. 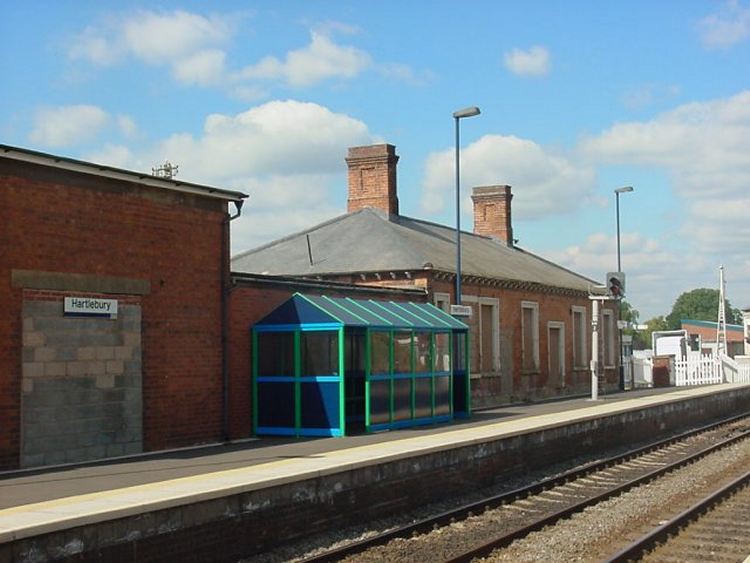 The station buildings on the Birmingham bound platform have been sold for further use and for a long period were in use as workshop but in it became Katy O'Ryans Pub & Restaurant. Whilst historically inaccurate for the location, the use of a photograph of Stanier 'Princess Coronation' class 4-6-2 Pacific steam locomotive No.46238 'City of Carlisle' adds dramatic effect. Passengers though have to make do with a bus shelter. Note the signal in the middle of the platform in the top photograph which was taken by Andrew Smith on 4th September 2001. In the 2012/13 timetable a total of thirteen trains stop at Hartlebury on Mondays to Fridays with fewer on Saturdays and no service at all on a Sunday. The meagre service is intended to allow commuters to travel in the morning period to and from stations to Worcester in one direction and Birmingham in the other with corresponding return trains in the afternoon. The photograph, which was taken by Andrew Smith on Wednesday 23rd May 2013 shows London Midland livery class 172/3 three-car diesel multiple unit No.172331 and class 17/2 two-car unit No.172221 with the 18:46 from Worcester Foregate Street to Dorridge (train code 2C69). No passengers joined or left the train at Hartlebury. Since to 2001 photograph was taken (above) the waiting shelter has been repainted and the signal on the platform has been removed.

From an earlier era Andy Cope has provided this photograph of a class 116 suburban diesel multiple unit in BR blue livery between Droitwich Spa and Hartlebury on the 14:50 Worcester to Birmingham in August 1977 .

Collision at Hartlebury on 26th January 1967

The following day the 'Kidderminster Shuttle' local newspaper reported that 'Two goods trains collided at Hartlebury Junction yesterday morning. Only one man was injured in the collision between a train carrying slack for Stourport Power Station and one carry goods for 25 M.U. Hartlebury. Just before the crash, one of the trains was on the siding and one on the main track. The Worcester to Kidderminster main line was blocked in both directions. Driver believed to be from Worcester sheds, understood to be suffering mainly from shock. Neither diesel was derailed but several wagons were. Special buses ran between Bewdley, Stourport, Kidderminster and Hartlebury. (With thanks to Pete Wilcox for finding this information in the archives of Worcestershire County Council at 'The Hive'.)