The 6400 class of 0-6-0 Pannier Tank steam locomotive was designed by Collett and introduced in 1932. A total of forty (40) examples were built numbered from 6400 to 6439. The design was a modification of the 5400 class with smaller wheels and the locomotives were push and pull fitted.

They were not frequent visitors to Worcestershire. Three examples (Nos.6412, 6430 & 6435 survived into preservation. 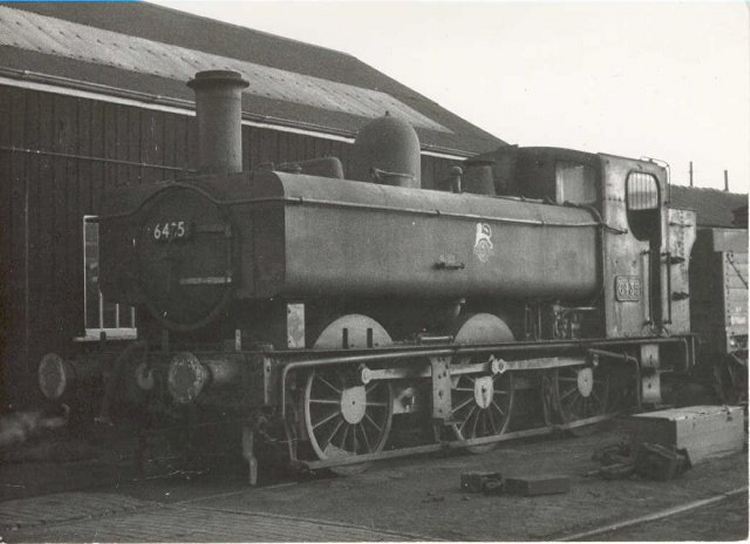 This photograph was taken by Robert Pritchard and shows the privately owned locomotive No.6435 outside Worcester Locomotive Works on 31st December 1964. The locomotive (and No.1420) later entered the works and was restored to GWR livery for their new owners.