Late delivery of new class 323 units from Hunslet's saw a variety of older electric multiple units used for a short period on Cross-City services from Lichfield to Redditch. 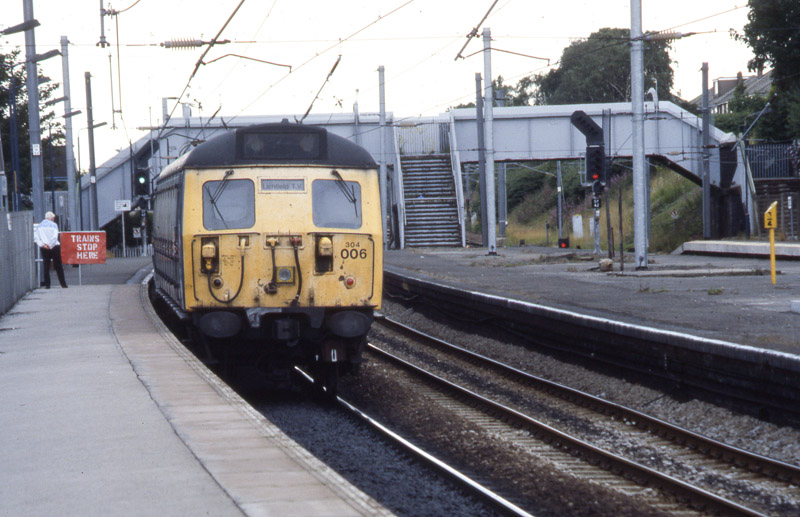 Pending the full fleet of class 323 units becoming available the line to Redditch saw a wide variety of traction pressed into service including this class 304 electric multiple unit No.304006 seen leaving Kings Norton on 30th July 1993. Click here for an observations list and more photographs taken on 30th July 1993. 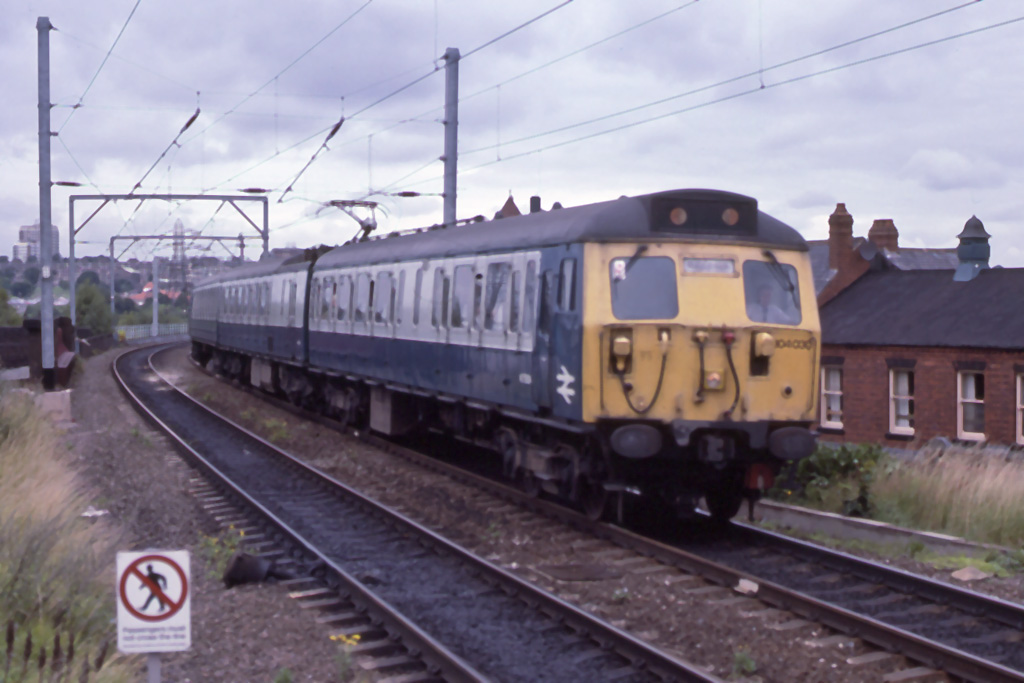 This is class 304 electric multiple unit No.304030 at Selly Oak Station on a service to Redditch on 6th August 1993. As further deliveries of class 323s took place the 304s were withdrawn from the Cross-city line. Selly Oak is in Birmingham and was previously in Warwickshire. This is the only other photograph the MIAC has showing a class 304 on the southern section of the Cross-City line. Photograph taken by Andrew Smith.