No.60114 (of Doncaster Shed) on a Derbyshire Railway Society railtour that had originated in Sheffield was the first known visit by a Peppercorn designed 'A1' to Worcester. No.60114 worked only as far as Worcester where it was replaced by Worcester based 'Castle' class 4-6-0 No.5054 'Earl of Ducie' for the second leg of the tour to Hereford, Pontypool Road and Cardiff. As was to be expected from a Worcester engine the 'Castle' performed faultlessly but the ex-LNER Pacific was failed at Worcester and did not work the return leg. The 'A1' is seen here waiting to reverse onto Worcester Shed via the triangle of lines that would turn the engine so as to be facing in the right direction for the return leg. On the right and looking immaculate is ex-GWR 'Castle' class 4-6-0 No.5054 'Earl of Ducie' which is waiting to take the train to Cardiff. Photograph taken by Pete Wilcox on 12th July 1964. 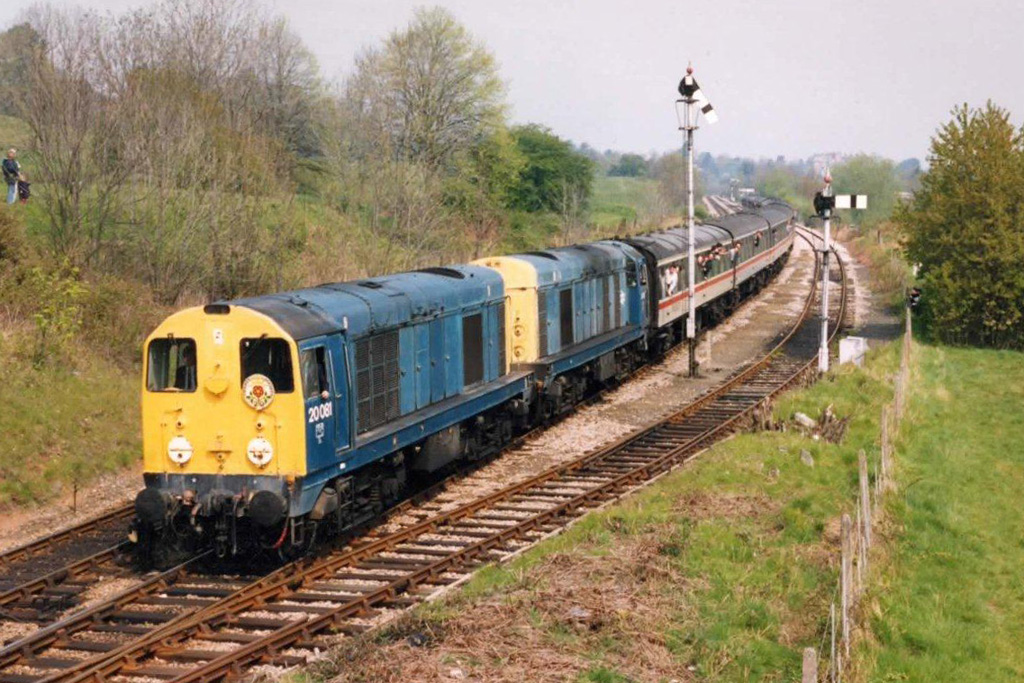 A rare visit by a pair of class 20 diesel locomotives on a passenger train in Worcester saw Nos.20081 & 20016 take the former Hereford & Worcester Railway line with a class 20 Society special from Sheffield to Bristol. Richard Atkinson photographed the train at Malvern Wells as it climbed toward the tunnel under the Malvern Hills. Photograph taken by Richard Atkinson on 27th April 1991. 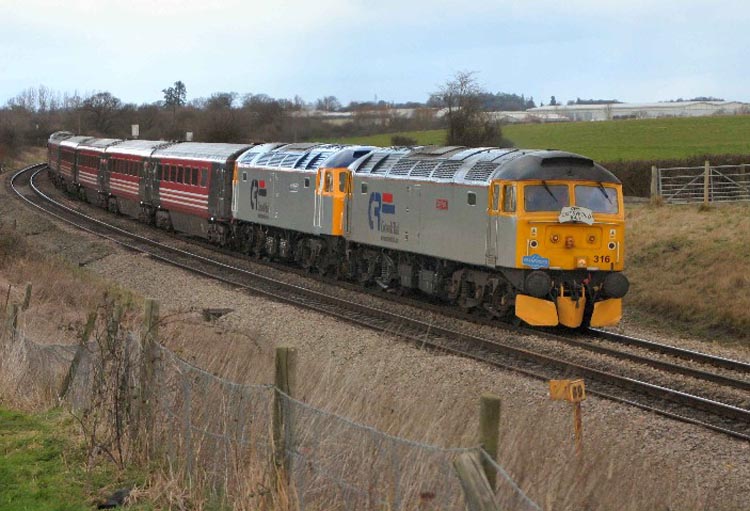 This photograph (used with permission from the copyright holder, David Guy ) shows a pair of Cotswold Rail livery Class 47 diesel locomotives Nos.47316 & 47828 with train code No.1Z56, the 10:18 excursion from Wolverhampton to Newport on Saturday 12th February 2005. 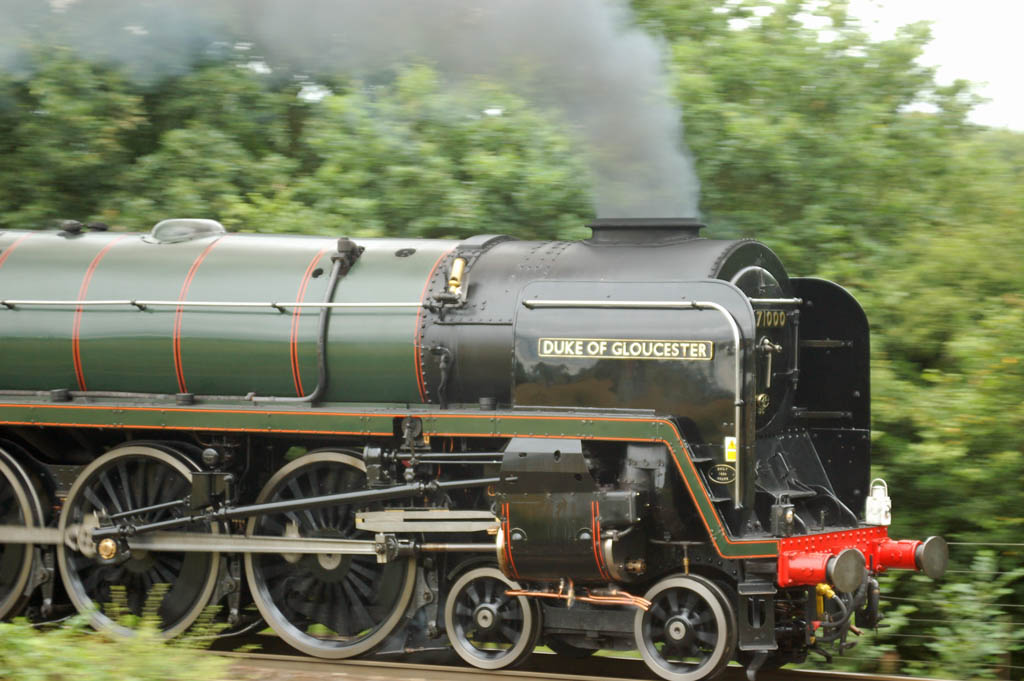 Ex-BR Standard class 4-6-2 No.71000 'Duke of Gloucester' ascending the Lickey Incline with a Gloucester to Waterloo charter train. Photograph taken by Andrew Smithy on 24th July 2010. 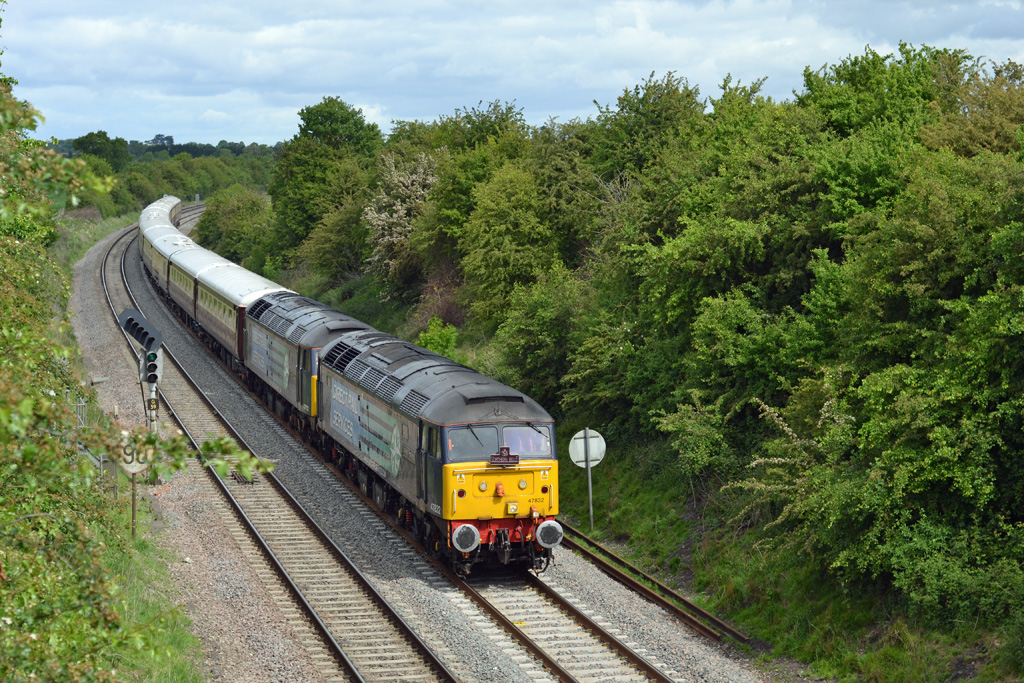 This photograph was taken shortly after 11am on Saturday 14th May 2011 and shows class 47 diesel locomotives Nos.47832 'Solway Princess' and 47712 'Pride of Carlisle' at Abbotswood on the ex-Birmingham & Gloucester Railway with the stock of the 'Northern Belle' en-route from Crewe to Bath. Photograph taken by Andrew Smith. 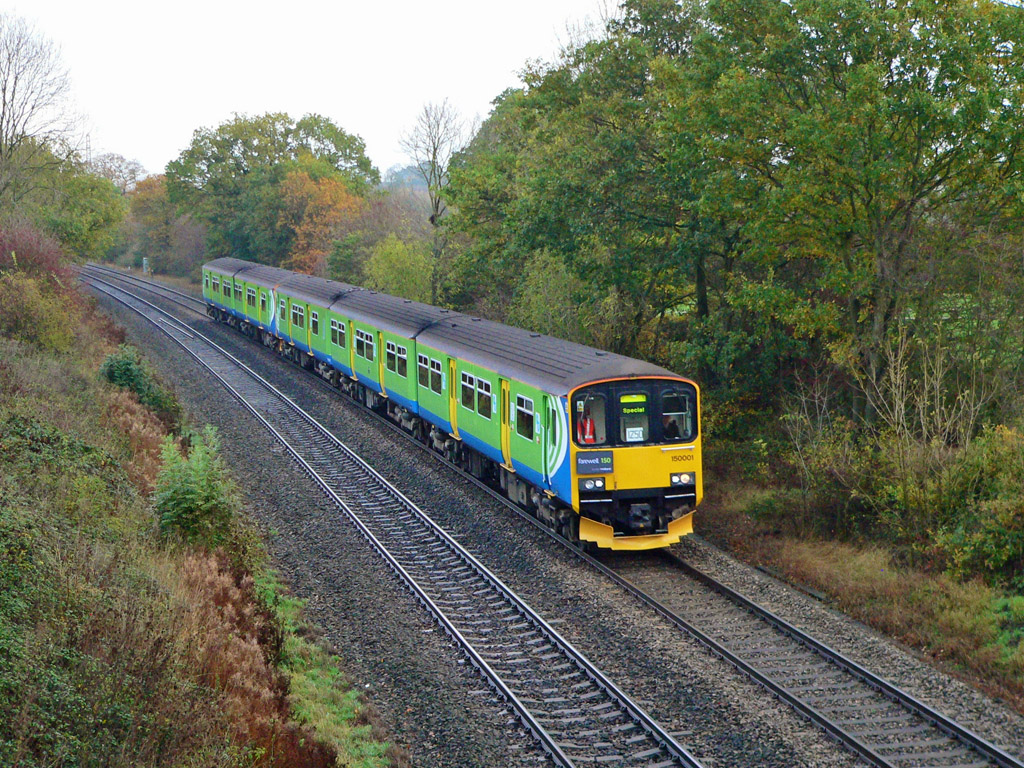 On Saturday 12th November 2011 London Midland ran a special train to celebrate the end of class 150 diesel multiple unit operation in the area. Robert Cooke photographed the train consisting of Nos.150001 and 150106 as it passed Martin Hussingtree.