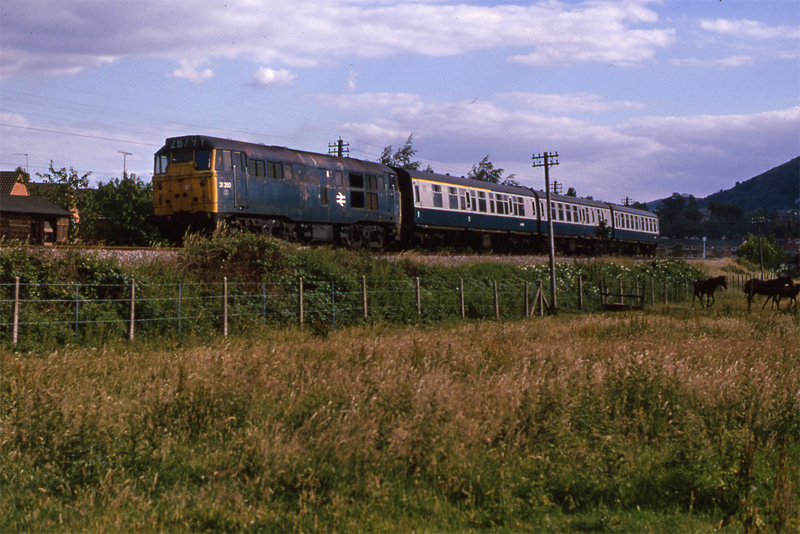 In the typically atrocious external condition of many locomotives in the 1970s is class 31 No.31260 shortly after leaving Malvern Link for Worcester with a local service on Sunday 29th June 1975. Although the train is comprised of only three Mark 1 carriages half of one carriage is given over to First Class and half of another contains the Guards Accommodation. The class 31s were the poor substitutes used on many passenger services in Worcestershire following the demise of the class 35 'hymek' class locomotives.

On 28th May 1976 the freight services to Cadbury's Bournville site ceased. 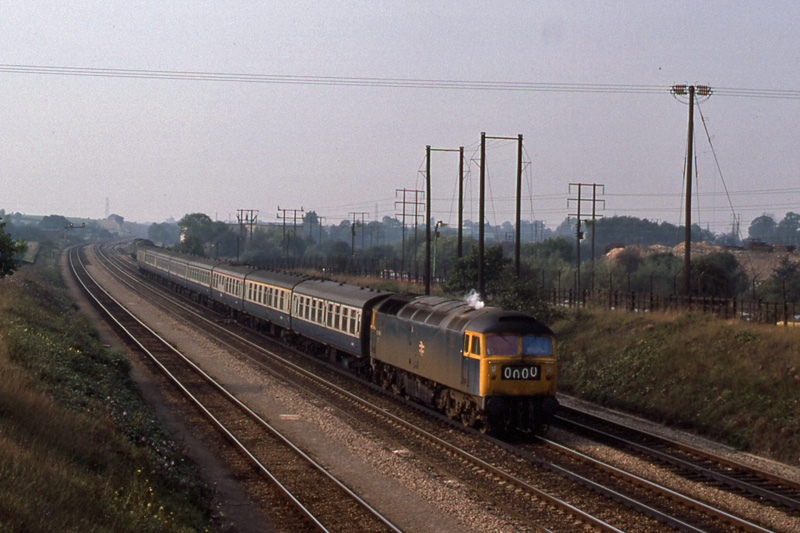 This scene is fairly typical of the 1970s. On 21st September 1976, blue liveried Class 47 No.47140 is in charge of a rake of Mark 2 carriages on a north bound express train The location is just to the south of Bromsgrove. Just visible above the last carriage of the train are a pair of class 37 locomotives waiting to bank a freight train up the Lickey incline. 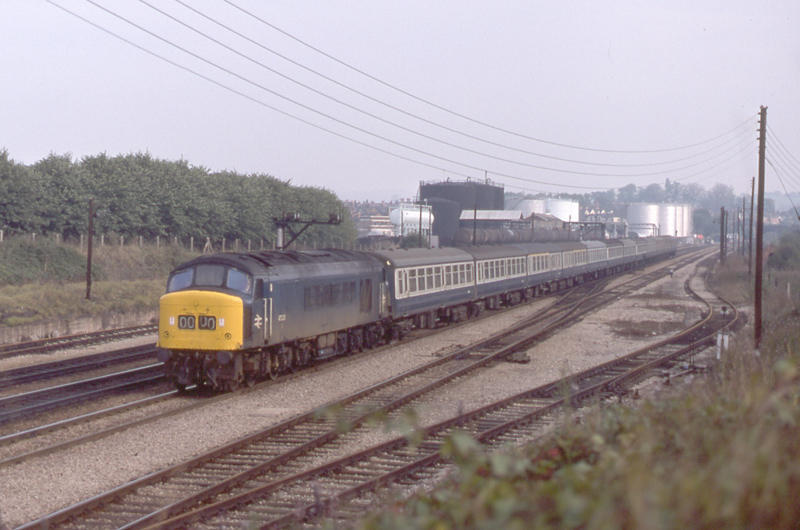 The location for this photograph is an overbridge to the south of Bromsgrove Station. Class 45 No.45030 (formerly D31) has charge of an express passenger train heading towards Cheltenham Spa. The sidings on the left hand side of the photograph being in use to loop heavy freight trains needing banking assistance on the Lickey incline. The photograph was taken on 21st September 1976. 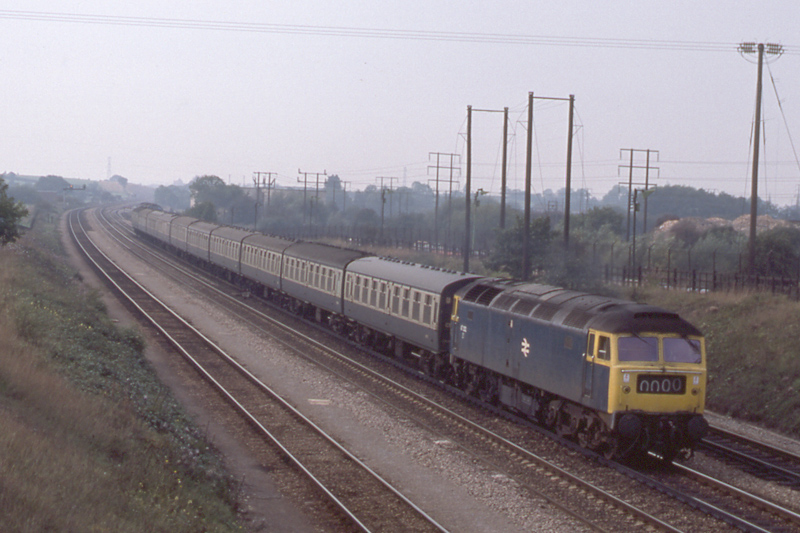 The photograph taken near Bromsgrove on 21st September 1976 shows Class 47 No.47202 on a northbound express passenger train. 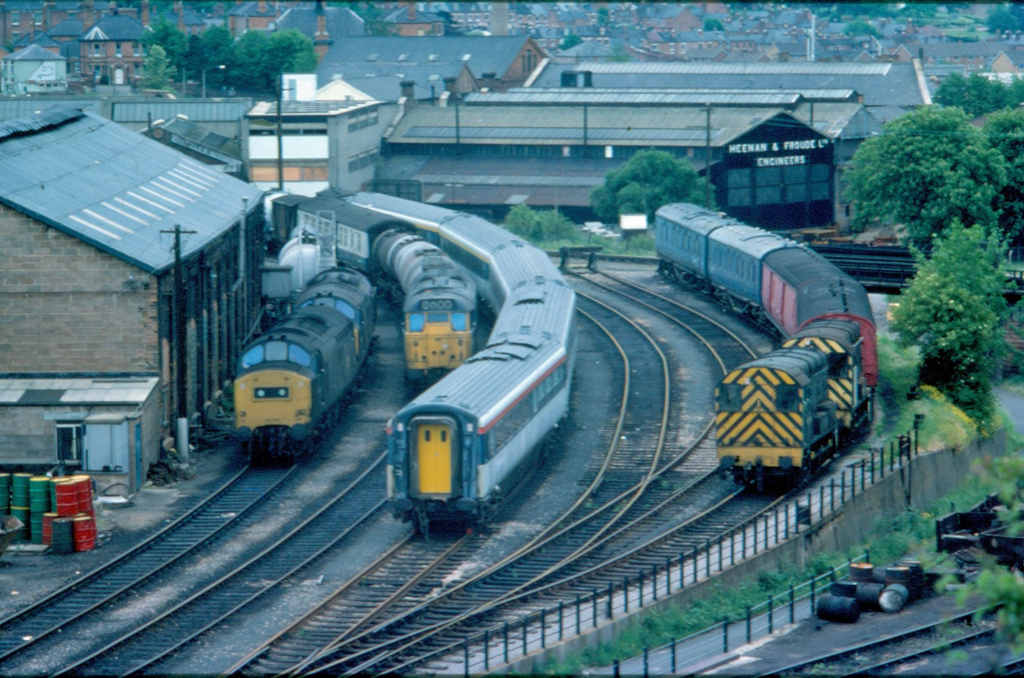 WMPTE financed a major improvement to train services in the north of Worcestershire when it paid for new stations and a vastly improved service between Redditch and Lichfield. The new service branded as the 'Cross City Line' started on 8th May 1978. 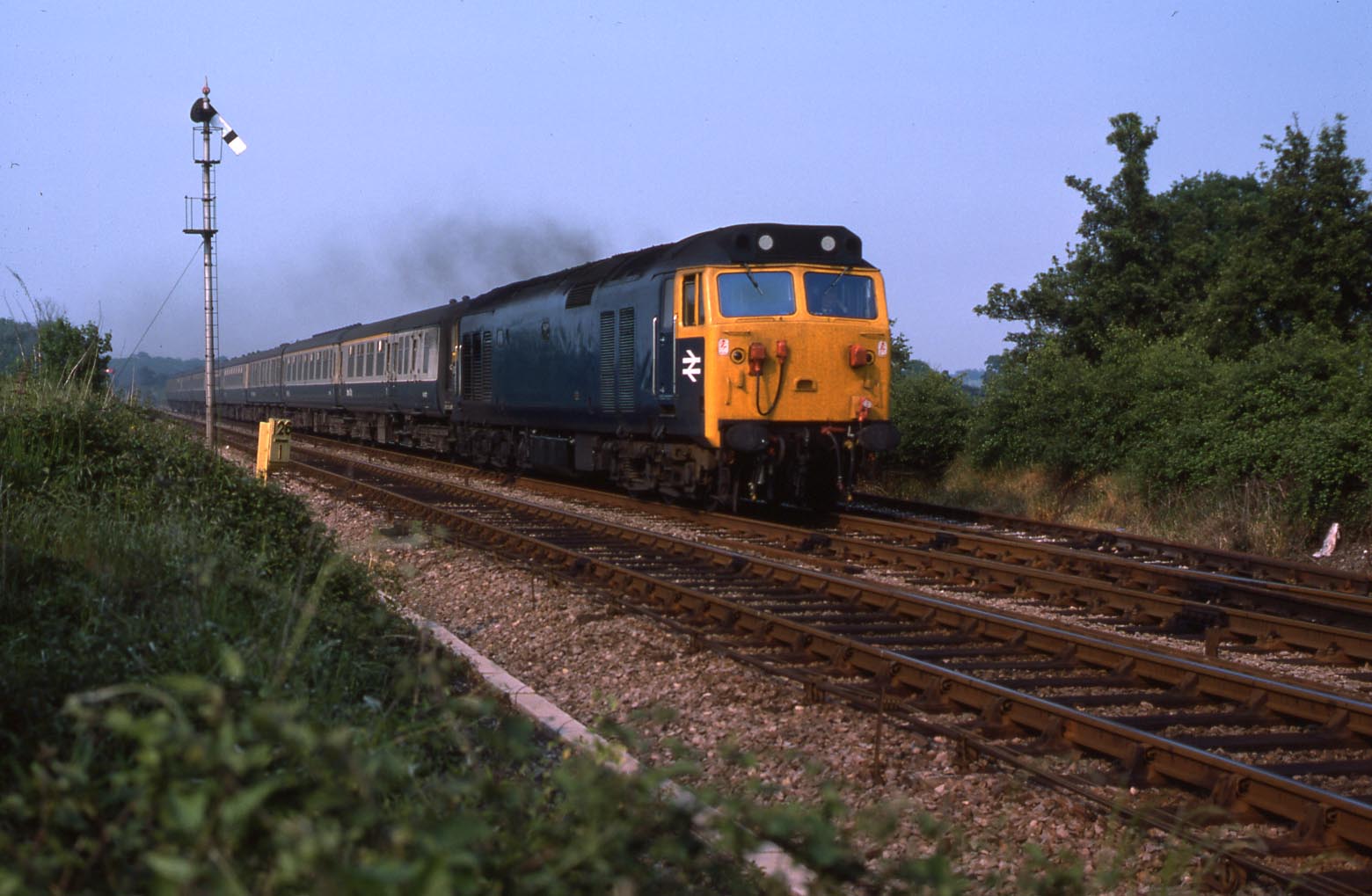 During the period when Western Region class 50 diesel locomotives dominated the Paddington to Hereford express trains No.50038 is at the head of a 'down' train passing the site of 'up' platform at Newland Halt. The photograph was taken by Andrew Smith on 3rd June 1978. 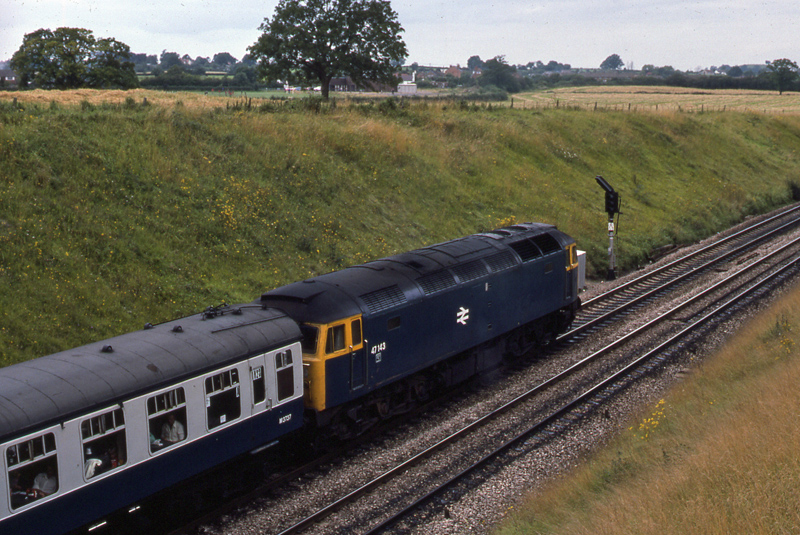 Class 47 No.47143 is stopped at signals at Abbotswood Junction waiting to take the line into Worcester Shrub Hill station in October 1978 on what appears to be service '1M23'. 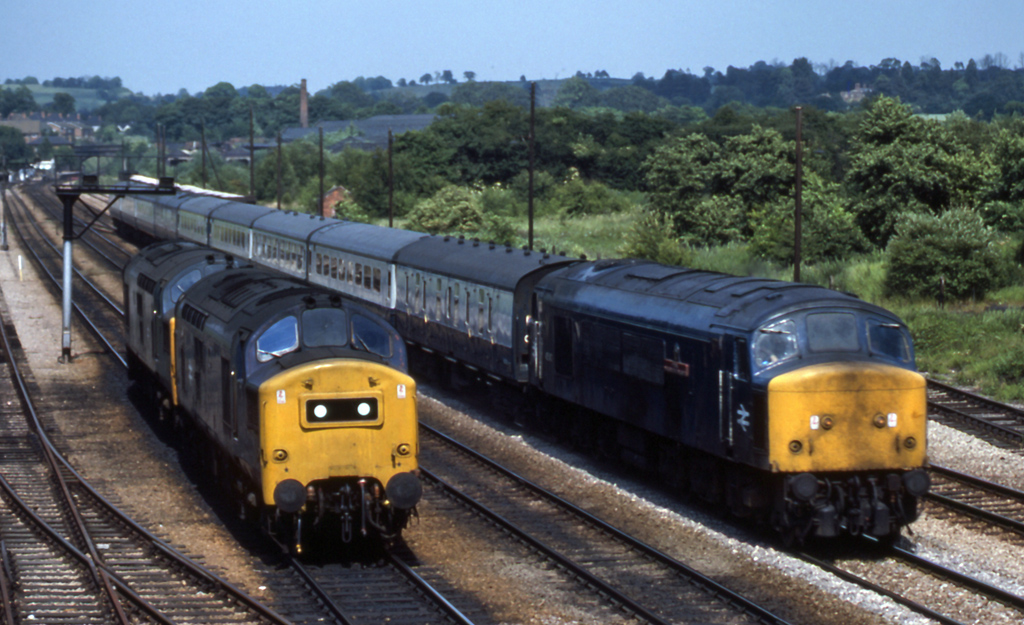 We move on to a sunny day in July 1979 with a southbound named 'Peak' class loco passing the Bromsgrove bankers. No.37179 is nearest the camera. Only nine 'Peaks' had names split over two lines and this as this one is a class 45/1 locomotive the choice is reduced to four and of these the only viable candidate appears to be No.45143. Photograph taken by Andrew Smith. 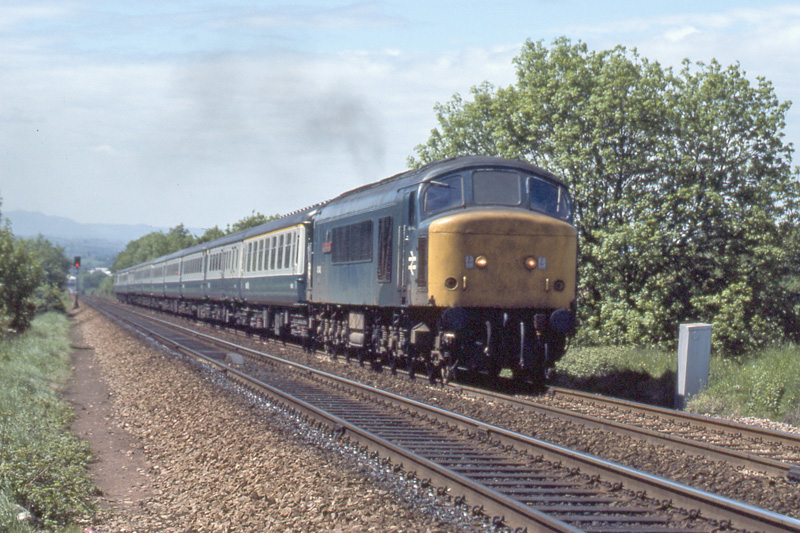 Guess the named locomotive is the title of this photo taken at Vigo on the Lickey incline on 21st July 1979. Sadly my notes for this date have disappeared so I unable to identify the loco. Possibly No.45143 as well? 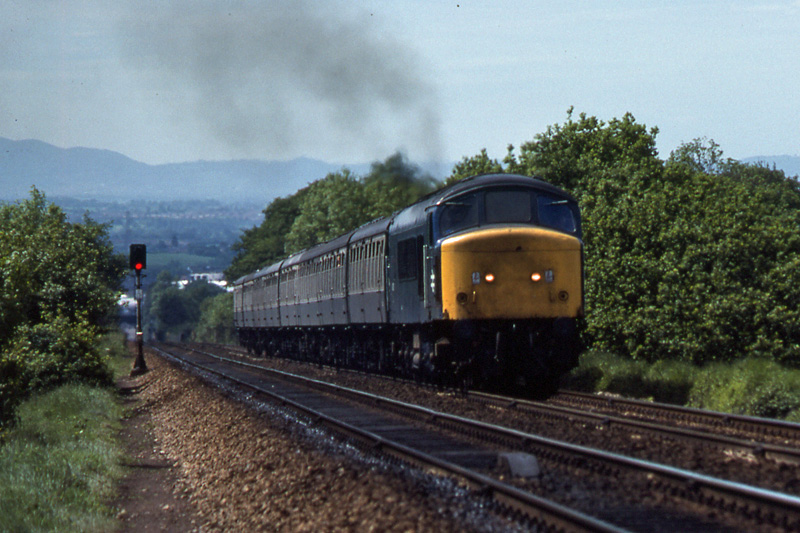 Here's another unidentified class 'Peak' class locomotive. The locomotive is climbing the Lickey Incline and was photographed from the well-known vantage point at Vigo possibly on 21st July 1979.