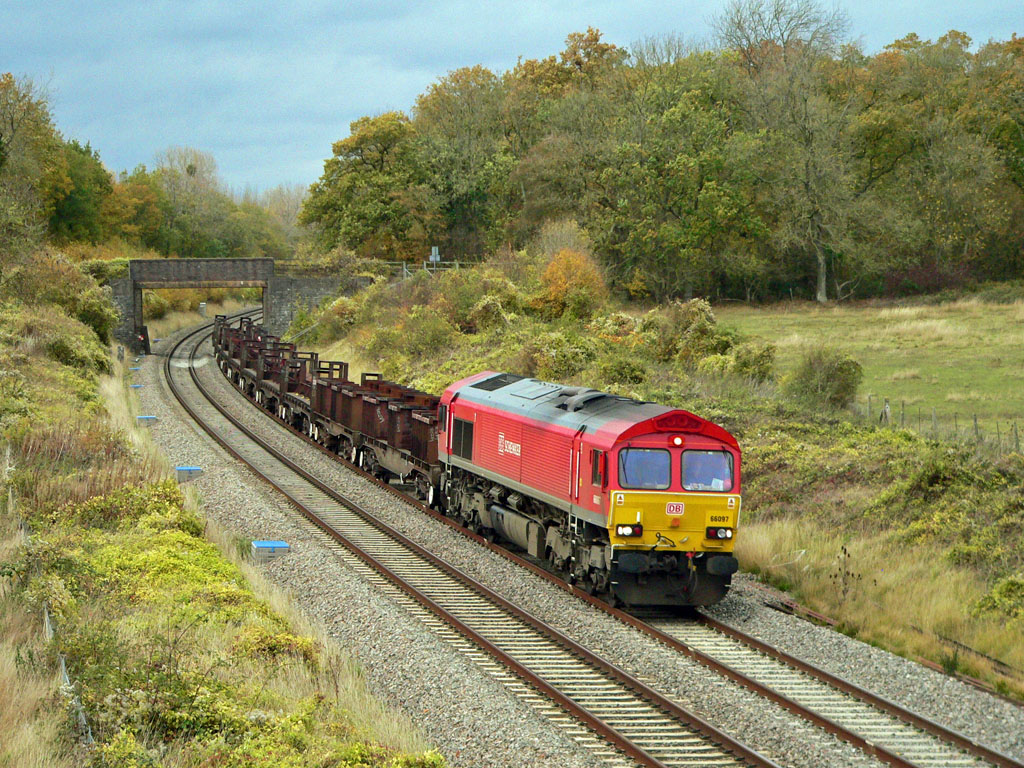 In near perfect autumn lighting conditions Robert was on hand to capture the Corby to Margam empties (headocde No.6V92) with class 66 diesel locomotive No.66097, newly outshopped in DB Schenker livery. Photograph taken on 1st November 2011. Photograph taken by Robert Cooke. 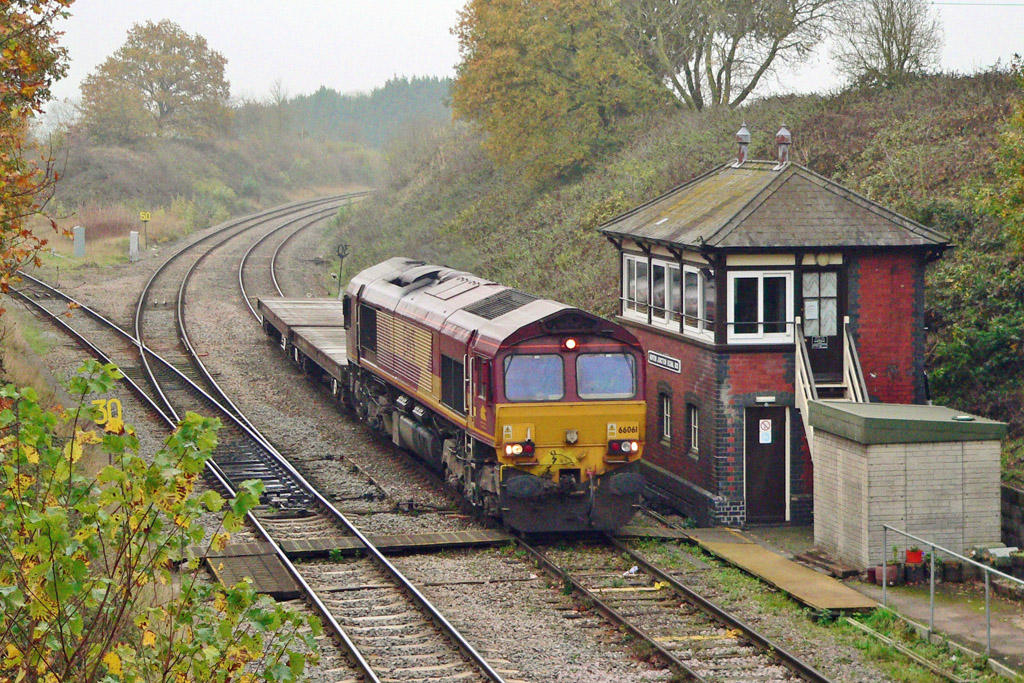 Class 66 diesel locomotive No.66061 at Norton Junction taking two empty flat wagons from Didcot to the MoD depot at Ashchurch. Due to the poor layout of track at the depot the train which has come up from Didcot via the Stroud Valley line was unable to enter from the south. The train (headcode 6B36) passed the depot on the 'up' line and travelled into the yards at Worcester where the locomotive changed ends before returning back past Norton an hour later. Photograph taken by Robert Cooke on 16th November 2011.