A beautiful autumn afternoon picks out London Midland livery class 170 diesel multiple unit No.170502 as it climbs uphill between Great Malvern and Malvern Wells with the 13.49 service from Birmingham New Street to Hereford. The signal behind the unit is on the approximate site of the junction with the Malvern to Ashchurch line which ran through the open land to the right hand side of the photograph. 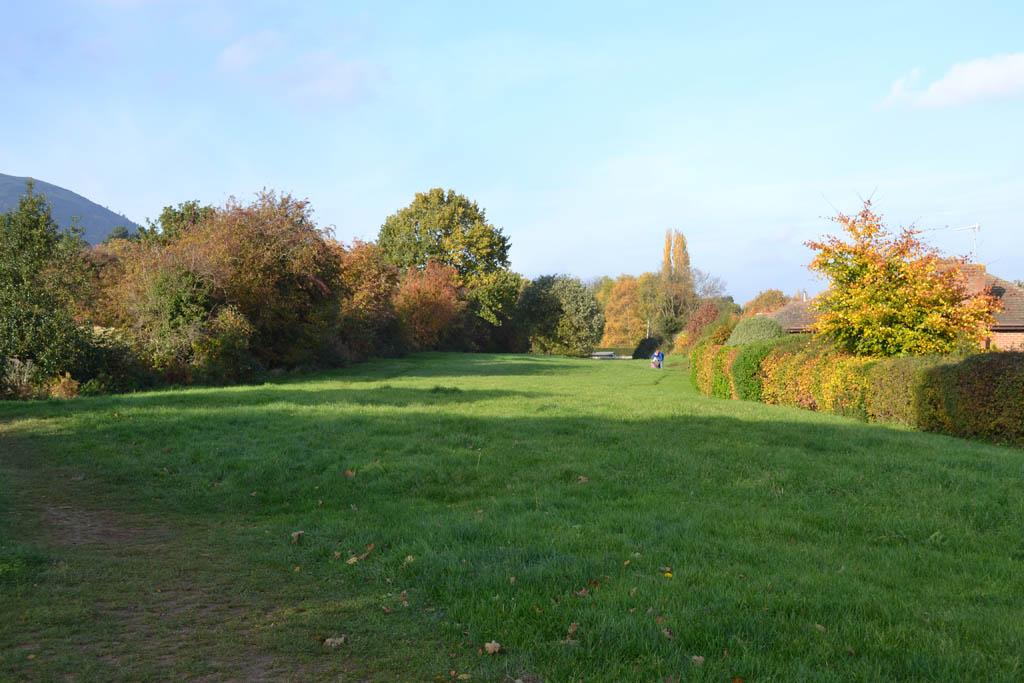 This view is looking north from Peachfield Road along the trackbed of the former Malvern to Ashchurch line. At this point the railway was in a deep cutting but following closure this was in-filled by Malvern Urban District Council about 1970. 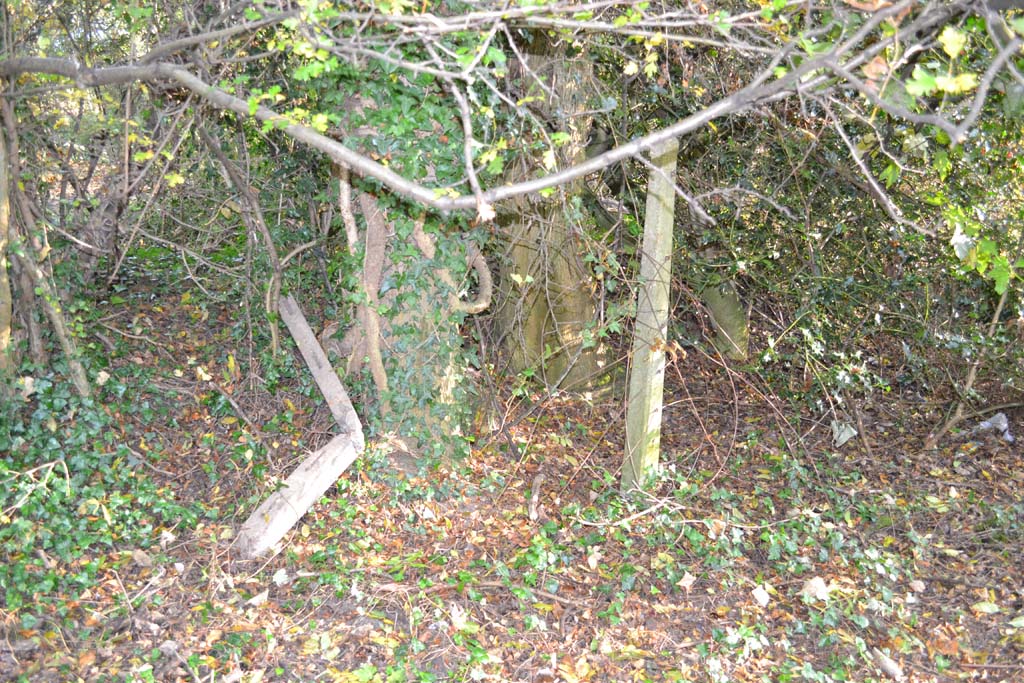 After passing under Peachfield Road (no trace remains of the bridge) the line continues south and the trackbed can easily be detected in the foliage as a lot of concrete fence posts (as above) remain in place on both sides of the line. However care must be taken to differentiate the trackbed from the public footpath which runs immediately to the east of it.

All photographs were taken by Andrew on 1st November 2010.