The quarry at Hollybush is one of the five that remained in operation after 1945 and is the least accessible of them all as the site is still owned by the Eastnor Castle Estates Co. and is securely fenced-off. 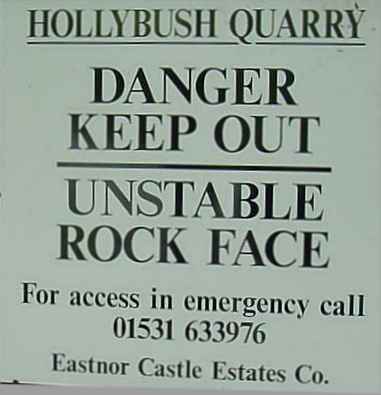 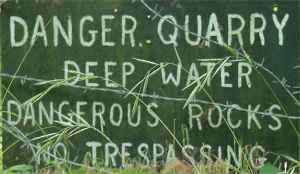 The site is at the southern end of the hills on Midsummer Hill and is approached via the main A438 road from between Ledbury and Tewkesbury. There is a small car park provided just to the west of the quarry. From here it is possible to walk up the western side of the quarry and to view the extent of quarry activity as shown in the following two photographs. It is a lonely and fairly remote site and as we left the site after our early morning visit the distinctive call of a Peregrine Falcon shattered the morning silence. 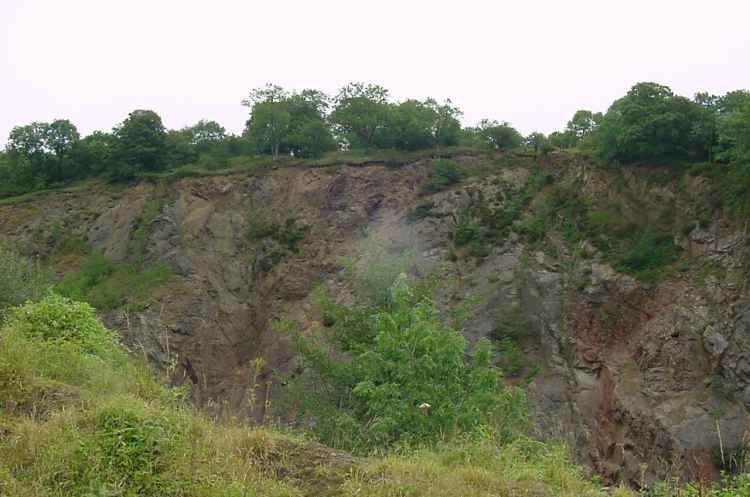 All of these photographs were taken by Andrew Smith on 15th August 2002.