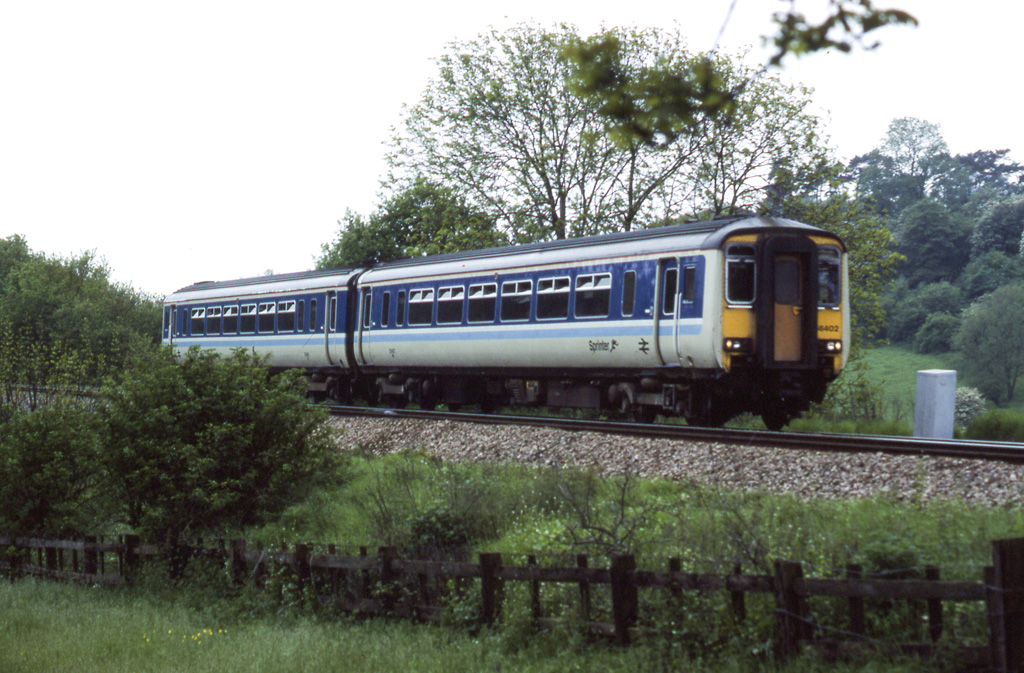 Two-car Class 156 diesel multiple unit No.156402 of Norwich depot is in its original Sprinter livery as it climbs the Lickey Hills at Vigo on 25th May 1991. Photograph by Andrew Smith. 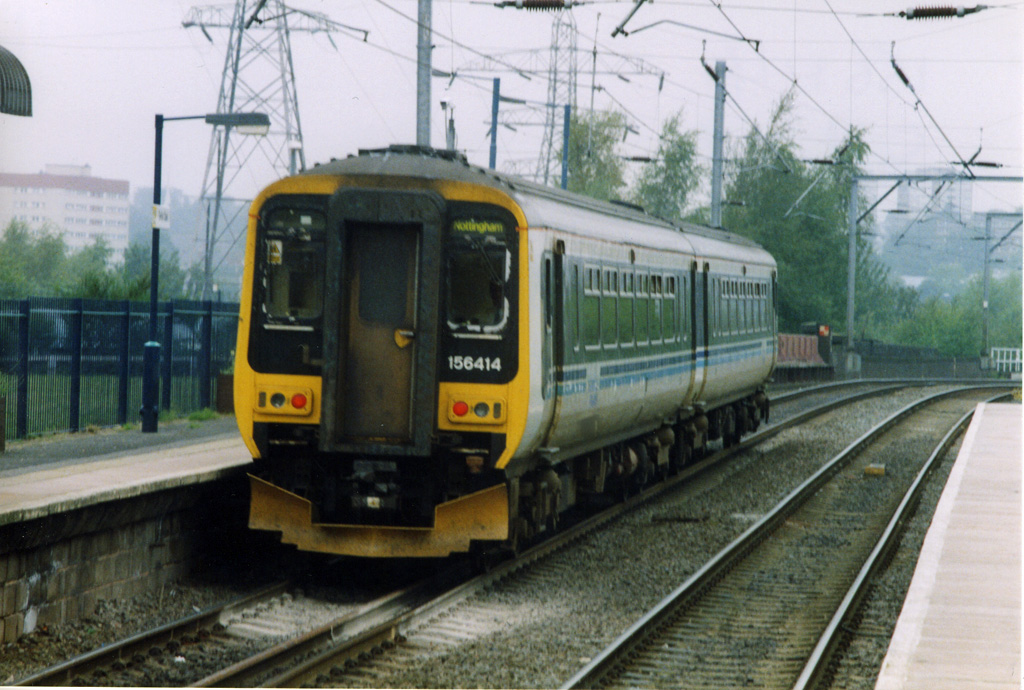