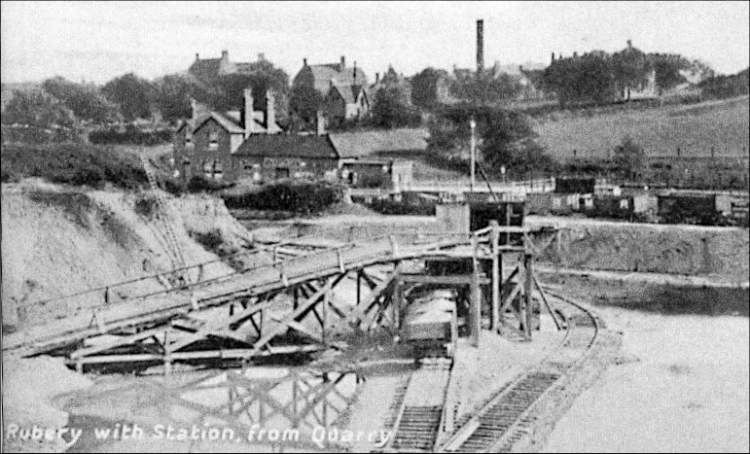 There were a number of quarries in the Rubery and Rednal area but only the one at Holly Hill had a rail connection. The photograph above is taken from the quarry site looking south towards Rubery station with Rubery Hill hospital in the background. A number of Midland Railway wagons are in the sidings.

Photograph from the collection of Andrew Smith. 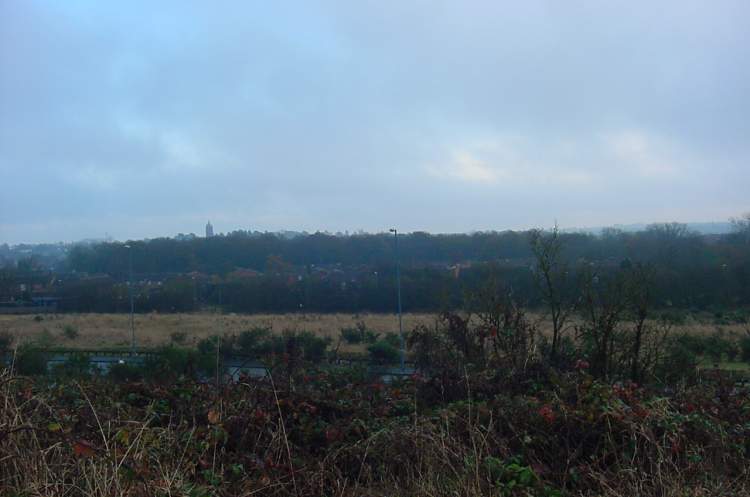 This photograph is taken from the old quarry site looking downhill towards Rubery. Note the tower of the old Hollymoor hospital on the skyline. The line of trees beyond the road are on the trackbed of the Rubery & Frankley Railway. 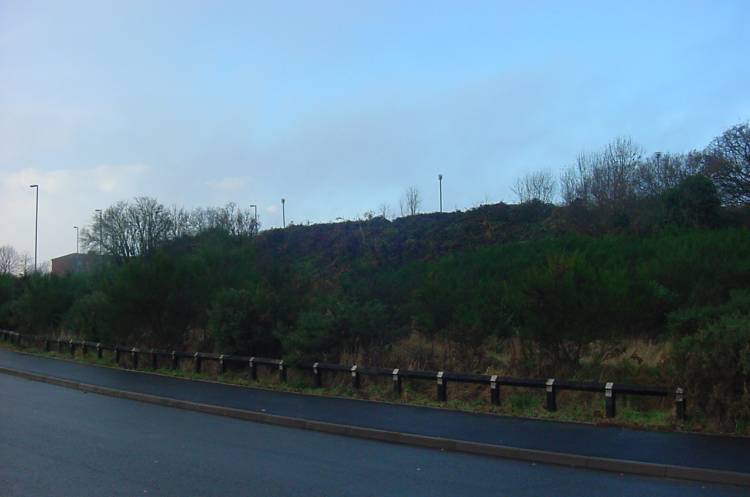 The new 'Arden Road' passes through the quarry site that has now been infilled. Note the gas vents on the top of the hill.

Both photographs were taken by Andrew Smith on 24th November 2002.

From Rubery Station there was a short branch line known as the 'Rubery & Frankley Railway' that ran north-east to the Frankley reservoir. A second line ran from Rubery to Hollymoor hospital.